An ambitious and perseverant person since childhood, Rashid's glittery style mirrors his personality and character 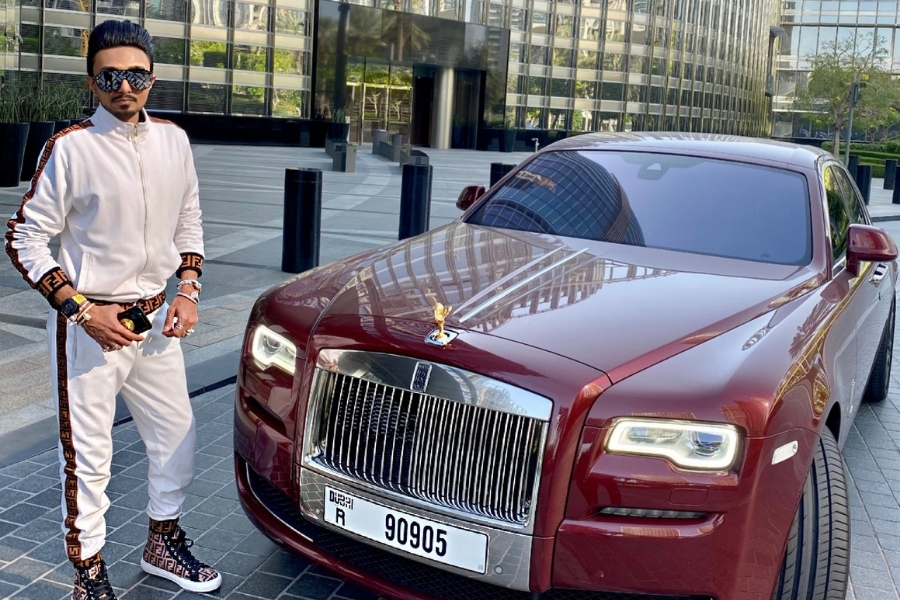 Mohammed Rashid Khan, a prolific entrepreneur and a famous face in the field of Entrepreneurship in Asia and the Middle East is a man of varying niches and talents. He is the Director of Business Development at the Private Office of His Highness- Sheikh Hamdan Bin Ahmed Al Maktoum (Member of the ruling family of Dubai). Rashid’s luxurious life is all over his social media, all shiny and glittery. He has undertakings in various domains, for example, Aviation, Real Estate, Oil and Gas, and Entertainment. He has been seen with many eminent personalities many times in the past. Yet, what has dragged him into the limelight isn’t his versatility but his Idea of lighting up others’ lives. A charismatic persona who appreciates the endeavours of the upcoming generation and chaperones them in his own way. Rashid has been giving it all to steer the upcoming generation on the right pathway. Rashid has raised in the kingdom of Bahrain. He was friends with many kids of royal families. Mohammad Rashid Khan is a youthful person. In February 2020, he met the CEO of Porsche and discussed the future of Porsche in the Asian and Middle East market. All these achievements didn’t make Rashid’s energy come to a standstill. He says, “There is so much left to do that I feel life is short.” An ambitious and perseverant person since childhood, Rashid’s style mirrors his personality and character. He is connected to his followers on various social media platforms where he updates his daily life and almost everything that’s connected to him. With the experience and exposure, he has attained all these years, he looks forward to achieving unprecedented heights in his professional career. Pushing all the barriers that come his way, he believes his instinct guides him. Rashid opines, “Knowledge and privileges are meant to be shared.” His glittery personality says it all. He is believed to be launching his own brand worldwide.  Mohammed Rashid Khan is also going to launch his own International brand in the luxury segment very soon and his followers and well-wishers are very excited about it from across the globe. Disclaimer: This content is distributed by Digpu News Network. No Forbes India journalist is involved in the creation of this content.