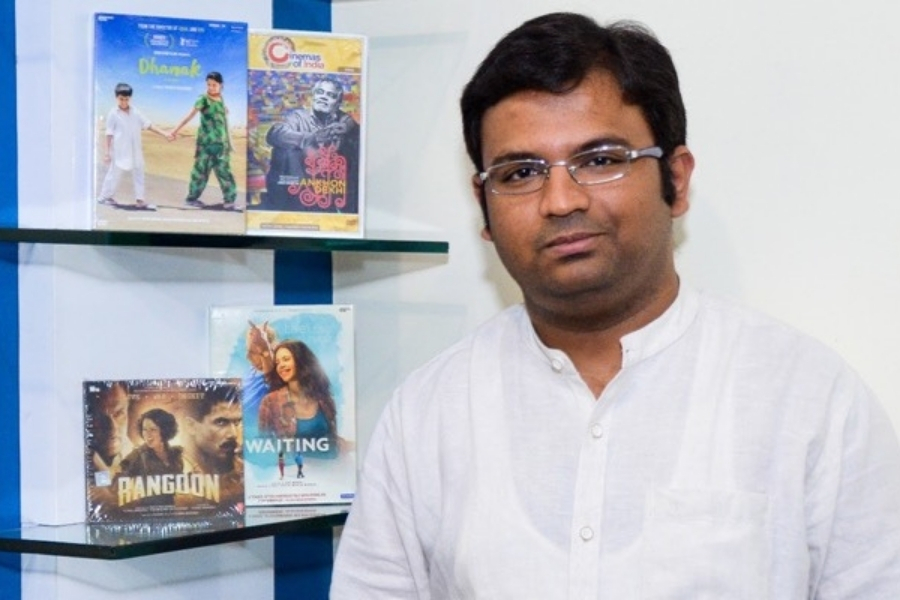 The Visual Industry in India is growing steadily, and it currently stands at $890 million. With such a broader acceptance, it grows more and makes its position in the technology industry. There is a change in the pattern of how things work, and several multinationals have also started their offices in India. The industry is further looking forward to developing the skill of numerous individuals. Today, we are taking a sneak peek into the life of one of the Visual Effects Producers who is excelling in the industry, Rajeev Kumar. Being an entrepreneur by profession, he is doing a great job in the industry and has been serving it for more than 14 years.  His passion for VFX was seen since when he was in school. Although then, he did not have a clear ambition about how he would make a career in the industry. He completed his Mass Communication from Pune and then shifted to Mumbai to begin his VFX industry journey. He is currently the VFX head in a company named Excel Entertainment Pvt. Ltd. What Rajeev has to say about the emerging market?  The demand for VFX, animation, and gaming has expanded greatly over the last few years. This is probably because of the rise of broadcasting hours by satellite TV or cable, the internet being available at low costs, and mobile devices' penetration.  Rajeev says that "The world is more advanced than one could have ever imagined. The industry is already seeing more global animations, production of games, and VFX". He further said that the future of this industry is, however, more uncertain. It is shaky and scary at times.   How is VFX Films different from what is there on TV or OTT?  Rajeev says, “I am working in the industry for more than a decade now and have concluded that the industry's changes contours its entire flow. However, a person with a career in the industry will have a flourishing journey for sure. VFX is much more than just mere technology. It is an integral part used in storytelling, acts as a catalyst, and can magnify the impacts.”  Consequences of the Pandemic on the VFX Industry The VFX professional opines, "The pandemic has not left even a single industry, and it has sliced every industry. Yes, it has impacted the VFX and animation industry as well. Shoots are not taking place, and the artists are at home with no job at all. Does a question creep in your mind? What are the artists doing? There are no productions in the industry. This is because people are subscribing to the OTT more.  The Animation Industry has also suffered a major setback. Many people have lost their jobs, and there has been a huge loss of employment. Several small companies have crashed since they were not able to breathe for months.” Awards and Achievements of Rajeev Kumar He has been recognized by an online magazine ‘Insight Success’ and was also comprehended by the batch of ‘30 Young and Dynamic Entrepreneurs to watch in 2019’. He was also invited for the Jagran Film Festival, 2018 because of the role he plays in the VFX Indian Industry. Recently, he has been recognized by Business Mint Nationwide Awards for his excellence in the animation and VFX industry.  VFX has been fascinating to audiences for years. It prevailed in the industry since when people were interested in Shaktimaan. The industry still lacks awareness. All in all, at last, it makes effects, photography, stunts, etc. everything possible that cannot be achieved live.  Conclusion VFX is a technical, creative, and art-driven process. It needs a bit more introspection, and people should also pause a bit to understand the concepts better. The industry can make weaving something beautiful possible. However, the industry requires more work and a perfect blend of visuals and stories. The world is changing rapidly, and people are all required to take a hop of faith. TV shows are all evolving with brilliant concepts using digital mediums to the core. Disclaimer: This content is distributed by Digpu News Network. No Forbes India journalist is involved in the creation of this content.

Tweets by @forbes_india
Why did AstraZeneca pause their Covid-19 vaccine trial?
Young Entrepreneur Mohammed Rashid Khan is inspiring the youth