Voice-Over-LTE Won't Disrupt the Market Yet 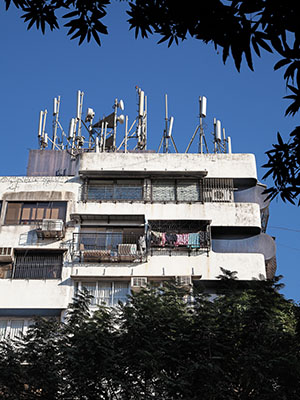 Image: Prasad Gori for Forbes India
Reliance Industries is the only operator with 4G LTE spectrum across India

On February 18, the Telecom Commission announced that holders of 4G LTE spectrum would be allowed to offer voice services after paying an additional Rs 1,658-crore fee to the government for a universal services licence. This gave rise to collective cries claiming that voice-over-LTE (VoLTE) is set to disrupt the telecom industry.

The company that most analysts think may cause this disruption is, of course, Reliance Industries, the only operator with 4G LTE spectrum across India.

But that disruption is not going to happen. Not now. Not next year. Not even in five years. Without an existing 2G or 3G telephony network, it is both technically and commercially impossible for Reliance Jio Infocomm, as the telecom venture is now called, to offer voice telephony.

With no reliable global VoLTE standard, Reliance could offer voice communication to future subscribers through either specific devices or apps. But, that would be like you and your friend using Skype on your smartphones to talk to each other. It won’t work when there’s no data connectivity. It means you are allowed no calls when you are driving or outside city limits.

But, what if Reliance smothers the country with 4G airwaves? Would it work then?

Unfortunately for them, the 2,300 MHz spectrum, for which they paid about $3.5 billion, is one of the worst when it comes to creating a large area network. To provide the same kind of coverage in a city that, say, Airtel or Vodafone do for their subscribers, Reliance will need to put an exponentially higher number of towers in one shot.

“Voice, because it’s ubiquitous, requires a better quality of experience. A data subscriber rarely notices fluctuations in speed, but a user in a moving vehicle will expect the same call quality throughout. Thus, for data services you can make initial investments and expand incrementally afterward, but for voice telephony, you need all investments up front,” says Alok Shende, founder and director of Ascendus, a telecom consulting firm.

The one way VoLTE might make commercial sense is if Reliance acquires or partners with an existing mobile operator, such that its current 2G or 3G network becomes the fallback network that will carry voice calls or data when 4G airwaves aren’t around.

Reliance might do it if it wants loyal customers. Because most data subscribers are fickle, and tend to quickly migrate to the next competitor who offers better speed or lower prices.