How Caterpillar Got it Wrong in China

Caterpillar says it was duped when it lost half a billion dollars in China on an acquisition gone wrong. But maybe it should have seen it coming 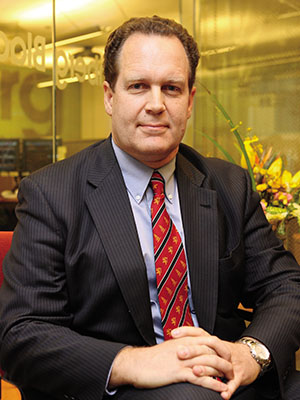 Image: Getty Images
Williams is a China veteran but insists he was taken in

When Caterpillar’s new CEO, Douglas Oberhelman, went to Wall Street in August 2010 to pitch his global strategy, China was on his mind. “We are stepping it up big-time and putting our money where our mouths are,” he said. “We’re going to play offenCe, and we’re going to win. We will win in China.”

As Oberhelman spoke, a defunct video-distribution company in Hong Kong was ﬁnalising a reverse merger that would come to haunt Caterpillar. On September 30, 2010, ERA Holdings became the proud parent of a Chinese manufacturer of roof supports for mines. Now, its principal, Emory Williams, a US entrepreneur in Beijing, was looking to raise more capital for the company called Siwei.

Two months later, Caterpillar acquired South Milwaukee-based mine-equipment maker Bucyrus International for $7.6 billion. In China, Caterpillar faced stiff competition from domestic producers of trucks and diggers. Now it had a bulked-up mining division in a country that shovels the most coal in the world. So, in November 2011, Caterpillar agreed to pay up to $886 million for the renamed ERA Mining Machinery. The new owners promised to invest in Siwei and expand distribution in China and overseas.

For Williams, 56, it was the exit of a lifetime: He and his business partner owned 46.9 percent of ERA. Associates say he saw Siwei beneﬁtting from Caterpillar’s deep pockets and global distribution. “The ERA guys thought, ‘Great, if we’re aligned there’s no stopping us,’” says a source close to Siwei.

Not so fast. To hear Caterpillar tell it, it sank its money into an alleged fraud. On January 18, it said it had uncovered “deliberate, multi-year co-ordinated accounting misconduct” by Siwei to inﬂate revenues. Just seven months after closing, Caterpillar announced a stunning $580 million writedown of its asset. “I recognise the decision to acquire Siwei happened on my watch, and the buck stops at my desk,” a crestfallen Oberhelman said on January 28.

On the scale of corporate malfeasance, Caterpillar got off easy. Its impairment pales next to Hewlett-Packard’s recent $8.8 billion writedown for Autonomy. And with revenues up 10 percent in 2012 to $66 billion, Caterpillar can take a half-billion hit. But its failure to spot the danger signs at Siwei is a fumble for a US industrial icon and raises doubts about the way it does business abroad. In the scramble to “win in China”, did Caterpillar executives lose sight of the risks?

China is awash in tales of foreign investment gone awry. The twist in Caterpillar’s troubled takeover is that the seller, Williams, is a fellow American, a pillar of the expat business community. As executive chairman of ERA, he was a conﬁdence-booster for foreign partners. A Chinese newspaper referred to the fallout as “Americans cheating Americans”.

In a statement, Williams said that Caterpillar’s revelations came as a complete surprise and that requests for clariﬁcation had gone unanswered. As directors of ERA, Williams and his business partner “took the company’s ﬁduciary and reporting responsi- bilities very seriously”. He declined to speak on the record to Forbes.

Williams hasn’t been accused of wrongdoing, and Caterpillar has signalled it faults “senior managers”, not Williams, for the misconduct. But Cat isn’t done yet, and litigation is likely. At stake is more than wounded pride: Caterpillar paid for ERA in cash and loan notes payable in 2013 and 2014, with the ﬁrst payment due in April. Oberhelman told analysts, “We are considering all options to recover our losses and hold those responsible accountable for their wrongdoing.”
The loan notes add to the mystery over Williams’ role. While minority shareholders could opt for all cash, Williams and his partner had to accept 30 percent in notes indexed to future proﬁts. They apparently believed the hype. By the time the acquisition closed in June 2012, they held 60 percent in loan notes from Caterpillar, worth up to $233 million. Not exactly the tactics of sellers who were in on an alleged scam. 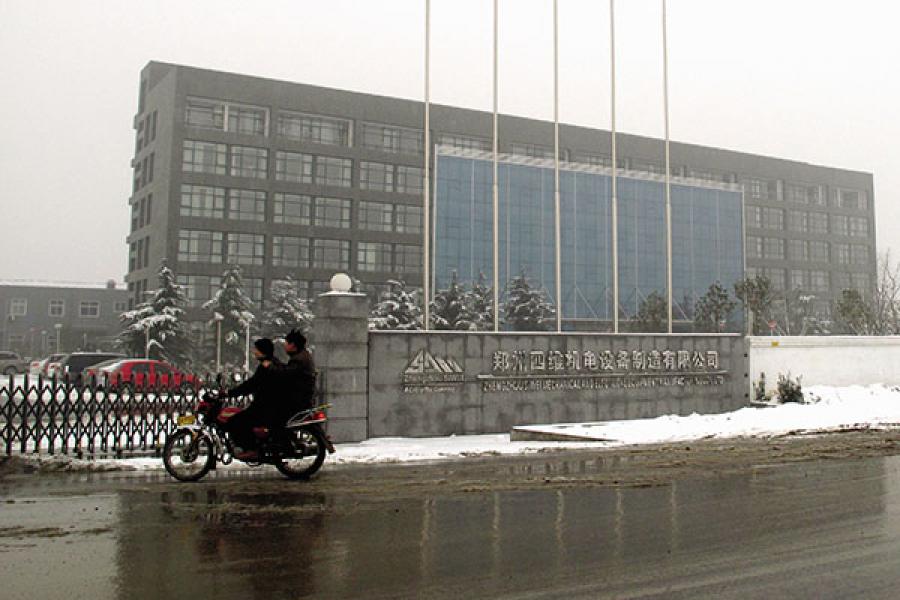 Image: Landov / Reuters
CAVEAT EMPTOR: Siwei had a highly polished facade, which Caterpillar didn’t see through until it was too late
Friends of Williams have rallied around him. David Wang, a former country head for General Electric and Boeing, said Williams, who served as American Chamber of Commerce president in China, was an entrepreneur of integrity and honesty. James McGregor, a Beijing-based consultant, author and longtime friend, said this story “is the opposite of the guy that we know”.

Williams, however, is no naïf. He was a hands-on investor at Siwei and other Chinese firms. A veteran of doing business in China would have known the tricks played by companies, and the creative accounting that keeps the taxman at bay.

Could Williams have unwittingly taken part in a scheme to allegedly defraud Caterpillar? Opinions among China hands tend to three scenarios. First, the foreigner and his partners are hand in glove with fraudsters. Second, they are clueless. Third, they suspect something is wrong, but “they’re not sure and don’t know how to sort it out”, says a former mining executive in China.

The largest shareholder in ERA was James Thompson Jr, whose namesake father owns Crown Worldwide Group in Hong Kong. But sources say Thompson Jr was a proxy for Li Rubo, his father-in-law, who is Williams’ partner. Williams met Li, a mining engineer, in 1997 while running a construction materials ﬁrm in Tianjin. In 2004, they began investing in mining machinery. Siwei was one such venture. The other, International Mining Machinery, was listed in Hong Kong in 2010. In July 2011, it was sold to Joy Global in Milwaukee in a deal that valued the company at over $1 billion. Williams and Li held a 9 percent stake.

Joy’s expansion into China caught Caterpillar’s attention, as it had just completed its acquisition of Bucyrus, Joy’s hometown rival. Initially, Caterpillar had planned to issue up to $2 billion in new equity for the deal. But when it closed in July 2011, this wasn’t needed as Caterpillar had wrung so much cash from Bucyrus’ company-owned dealerships. Four months later, Caterpillar made its bid for ERA, which had previously held talks with Bucyrus executives.

But the warning signs were ﬂashing. Siwei was running low on cash and had a mountain of unpaid bills, and issued a proﬁt warning before posting a net loss of $2 million in 2011. Undeterred, Caterpillar lent $50 million to Siwei even before it began its due diligence. Sources familiar with the deal say Caterpillar was aware of the credit crunch but didn’t view it as fatal. “The company believed it could make improvements once it acquired the business,” says a source close to the deal.

Nobody seemed to ask if Siwei’s sudden losses were of its own making. Caterpillar claims that its due diligence was “rigorous and robust” and involved outside auditors, lawyers and bankers. (Ernst & Young declined to comment. Deloitte said it didn’t do due diligence on Siwei’s books; sources say it came in later to clear up the mess.) Yet Caterpillar managed to miss an alleged half-billion-dollar fraud at a company selling $30,000 machines to a small customer base.

Jack Perkowski, who built an auto parts company in China, says he learned the hard way not to rely on accountants. “There’s no substitute for going out and looking at the factory. You can’t just look at a pile of papers,” he says. A risk consultant who advises US corporations in Asia blames “deal destiny” among executives who are too personally invested to pull the plug. “They want to believe,” he says.

In November, that belief was shattered when Caterpillar did a physical inventory at Siwei that led to a trail of fake documents. “It was not just a receipt here and a receipt there. It was a very elaborate and sophisticated set of  documents,” says the source close to the deal. Investigators spent weeks trying to revalue the company, before announcing the $580 million writedown.

Siwei may turn the corner under Caterpillar’s management. But Oberhelman’s bid to “win in China” has ﬁzzled. In 2007, China accounted for 2.5 percent of the company’s global revenues. That number now stands at just 3 percent.

(With reporting by Joann Muller)