Among other things, this year's Union Budget is a set of enabling provisions for the prime minister's pet initiative 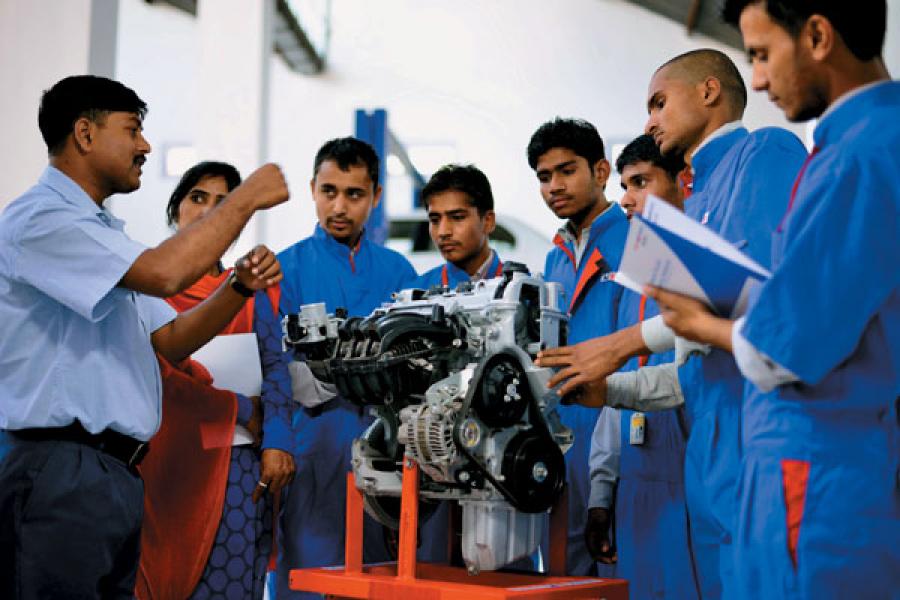 The marketing blitzkrieg called ‘Make In India Week’ organised in Mumbai in February was hailed as a successful exposition of India’s potential as a manufacturing hub. The event attracted investment proposals worth Rs 15.21 lakh crore. Even if half of these agreements materialise, the agenda of accelerating economic growth and creating millions of jobs would receive a shot in the arm.

But the question everyone’s been asking is: What concrete steps will the government take to enable Make In India? How will the intent translate into action?

This is the question that Finance Minister (FM) Arun Jaitley tried to answer through the budget he announced on February 29. Solutions include boosting rural purchasing power, improving infrastructure to facilitate domestic markets, giving a boost to local manufacturing while discouraging imports, making it easier to do business, and nurturing a trained workforce. The FM’s intent appears to be Make In India, for India.

Farmland focus
Budget 2016 focussed on improving the quality of life for a majority of the population that lives in villages and small towns, with agriculture as its main occupation. Against the backdrop of slackening global demand, the government aims to create a robust local market for the goods that India produces and services that it provides. “Since foreign markets are weak, we must rely on domestic demand and Indian markets to ensure that India’s growth doesn’t slow down,” Jaitley said.

The government committed Rs 2.21 lakh crore towards improving infrastructure, including the construction of roads, highways and railway lines. It also outlined a plan to partner with states to revive 160 defunct small airports. Around Rs 3,000 crore per annum will be spent over 15-20 years to develop nuclear power within the country, which is energy-starved with demand for power projected to rise exponentially.

“The huge investment planned in infrastructure will create new jobs and strengthen their purchasing power,” says Suneet Maheswari, founder and managing partner of Udvik Infrastructure Advisors, and the former MD and CEO of L&T Infrastructure Finance Co Ltd. “It will also create demand for commodities like steel and power, and boost economic growth.”

For the rural and agrarian economy, Jaitley promised better irrigation facilities, new roads, and a unified and technology-driven agriculture market. He reduced indirect taxes on components required to create a better cold storage chain and allowed 100 percent FDI in food processing that seeks to add value to India’s farm produce. Electrification of India’s rural households is also a priority for the government, which aims to achieve 100 percent rural electrification by May 1, 2018. “The decision to allow up to 100 percent FDI through FIPB [Foreign Investment Promotion Board] in marketing of food products produced and manufactured in India is progressive and will help in farm diversification, reducing wastage and encourage the industry to produce locally,” says Krish Iyer, president and CEO of Walmart India. “This far-reaching reform will benefit farmers, give impetus to the food processing industry and create vast employment opportunities.” The government will spend Rs 35,984 crore on agriculture and farmers’ welfare, Rs 86,500 crore on irrigation, Rs 2.87 lakh crore as grants to gram panchayats and municipalities, and Rs 38,500 crore on the Mahatma Gandhi National Rural Employment Guarantee Scheme.

“Some good initiatives around agriculture reforms, social sector spending and rural electrification were announced,” says Adi Godrej, chairman of the Godrej Group. “These will help in growing rural income and create demand for various kinds of products and services.”

Ease of doing business
Jaitley has realised that the role of the private sector in building infrastructure is paramount and has sought to remove regulatory obstacles that have hindered many projects in the past.

The government will introduce a bill to streamline institutional arrangements for the resolution of disputes in infrastructure-related construction contracts, PPP (public-private partnership) and public utility contracts; guidelines for renegotiating PPP concession agreements; and a new credit rating system for infrastructure projects to deal with the standard perception of risk that often leads to mispriced loans.

The Business Standard quoted Kumar Mangalam Birla, chairman of the Aditya Birla Group, as saying: “One sees the effort to break down some of the roadblocks that have snagged the economy in the last few years, such as stalled PPP projects, NPAs and pending tax litigations. These should help India overcome legacy issues and take a big leap forward.”

“Budget 2016-17 seems promising for India’s youth—whether it is about the quality of education, focus on skill development, improving teaching and research outcomes, emphasis on job creation or creating ease of business to promote entrepreneurship,” says S Ramadorai, chairman of the National Skill Development Corporation and former chief executive and MD of Tata Consultancy Services.

One critical issue around the ease of doing business, some sections feel, hasn’t been fully resolved: Retrospective taxation.

While Jaitley promised that the government will not retrospectively create any fresh tax liability, the current retro amendment (enacted by the previous United Progressive Alliance government) remains in force.

However, he announced the setting up of a high-level panel headed by the revenue secretary to oversee fresh cases where the existing retro amendment was to be applied. Pending disputes could also be settled by a one-time dispute resolution mechanism.

It now remains to be seen how the government gives shape to the vision the Budget has articulated for India’s economic growth. The intent is clear.

Tweets by @forbesindia
Every global crisis is an opportunity for India: Amitabh Kant
Givers, Takers or Matchers: Who are most likely to succeed at the workplace?