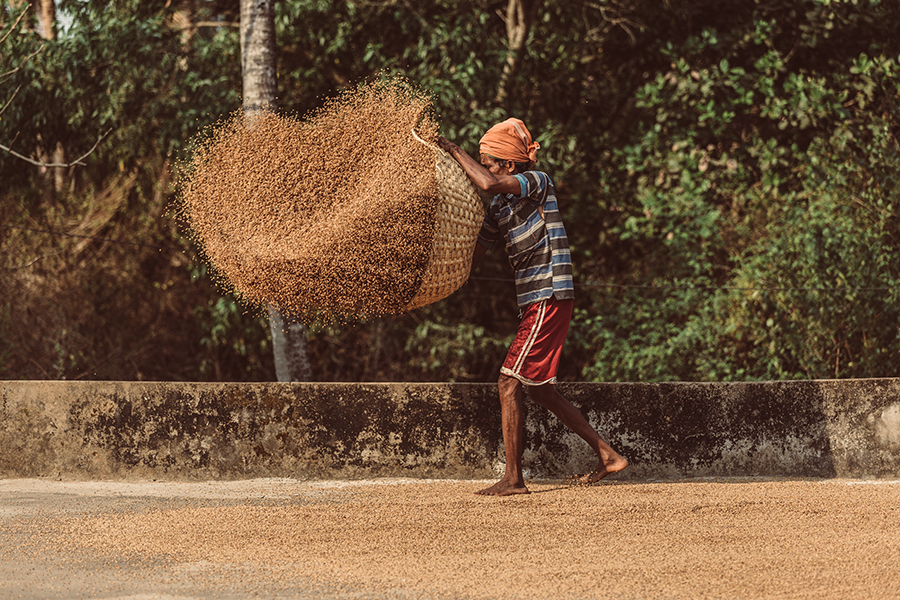 The history of India’s development has been inexorably linked to that of its farmers, and the nation’s growth with that of its agriculture. Agriculture has always been recognized as a vital vocation with cultural traditions, social customs and even religious rites associated with agricultural practices.

The granaries in Harappa are testament to our expertise in agriculture from ancient times. Sophisticated irrigation and water storage systems developed in the Indus Valley civilisation around 4500 BCE contributed to a prosperous society. Later Vedic texts also have multiple references to agricultural technology and practices. This development continued through the centuries and today with innovations in agro-processing and bio-technology, agriculture plays a critical role in the country’s economy.

But since the 1990s, vagaries of the weather exposing farmers to financial losses, lack of expansion of irrigation, lack of long term investment in agriculture and research, no access to new technologies for the farmers and an inefficient supply chain have resulted in trouble for farmers. In 2006, India had to import wheat for the first time in many years. Farmers’ suicides due to low crop prices and heavy debts were one result of the worsening situation.

Coming from this situation, it is heartening to see the rural focus of the budget and the steps being taken to pave the way for relief to the farmers while giving a spur to agricultural growth.

Building on the Sansad Adarsh Gram Yojana launched in October 2014 for holistic development to transform our villages, the Pradhan Mantri Krishi Sinchai Yojana was launched in July 2015 with the vision  to extend the coverage of irrigation ‘Har Khet ko pani’ and improving water use efficiency ‘More crop per drop'. The Pradhan Mantri Fasal Bima Yojana launched in January 2016 to provide weather based crop insurance aims to mitigate the losses suffered by farmers on account of aberrant weather conditions. The increased coverage under the Fasal Bima Yojana announced in the budget this year will help farmers survive unforeseen factors that may affect their crop.

In addition, the focused funds on irrigation and micro-irrigation to be set up by NABARD will aid the farmers access the latest irrigation technology to counteract the uncertain monsoon. Other steps announced previously like relief to farmers in input subsidy by increasing it to 50% and making it available even if 33% of crop destroyed; and the Soil Health Card scheme for soil health management through judicious use of chemical and organic fertilizers, as well as micronutrients, will all promote the long term success in agriculture.

These schemes will help to stabilize the income of the farmers, ensure flow of credit, provide financial support in case of loss, and encourage adoption of modern agricultural practices.

This budget fills us with hope that this year, we can build on and step up the rate of agricultural development. This hope is actually a surety, because the events of the last few weeks have proved that the government is focused on improving rural India. The drive towards a cashless digitized economy coming on the back of a normal monsoon will pave the way for long term capital formation in our country's strategic agricultural sector.

Timely availability of seeds and fertilisers during the sowing season is crucial and delays can cause huge losses to farmers. To this end, the Government's efforts to ensure adequate supply of farm inputs including seeds and fertilizers for farmers are truly commendable. For the Rabi sowing which begins from October and goes on till December, the Centre was monitoring seed agencies to ensure adequate supply and adherence to agreements with States by the seed agencies and producers. An increase in fertilizer offtake by nine percent and sown area by six percent bears out the success of these efforts.

The budget announcement regarding the increase in Agri credit to 10 lakh crores will help ease farmers’ access to funds. The announcements on the eve of 2017 about the 60 day interest waiver for farmers who have taken loans from district cooperative central banks and primary societies for the Rabi sowing season will go a long way to help the farmers. With arrangements made to provide farmers better access to loans from cooperative banks and societies, NABARD is getting Rs.20,000 crore more to its fund of Rs.21,000 crore created last month. The incorporation of 'Kisan Credit Cards' into the 'RuPay' fold and provision of debit cards to three crore farmers who have within three months will put credit access for even the small farmers on the fast track.

The withdrawal of Rs.1000 and Rs.500 notes from circulation had initially created fears of negative impact on farm sector. But while there may have been some issues with fall in prices of fruits and vegetables, especially those with limited shelf life, due to difficulty in accessing cash by the middlemen, the benefits in the longer term are becoming visible. The launch of 'BHIM', the latest Unified Payment Interface (UPI) will help to further ease liquidity. This will help ease the hassle of manual cash handling that plagued the farm sector.

Besides laying the ground for better access to credit, it is leading to elimination of the middlemen who game the market. Direct transfer of subsidies to farmers will enable farmers to fairly obtain and access their right. The denotification of perishables from the APMCs as well as the upgradation and increase of the e-NAMs will help farmers sell their produce for the best price in a transparent system.

One of the problems faced by farmers is that they have to share the pain when prices drop but get very little share of the gain made by traders and middlemen when prices rise. An inefficient supply chain leads to a farmer getting only 15-20% of the price the consumer pays. The push to a digital economy will reduce and in the long term help to eliminate the information disparity.  With transparency in prices and access to information, changes in prices will be transmitted quickly and fairly through all parts of the supply chain to the farmers. The year should see an effective system put in place so that farmers can access market information empowering them, their cooperative and groups to be in a better position to negotiate with the traders and middlemen.

For India, the potential for agriculture today is huge. India’s supply of arable land is second only to that of the USA. India is the only country in the world capable of growing almost any grain, fruit or vegetable in abundance. India has the capability to feed the world! The future looks bright with the promise of a new law on Contract farming announced in the budget. The special Dairy Processing Infrastructure Fund will encourage investment in dairy industry and help to introduce modern technology into the industry.

India’s agricultural sector provides more jobs and sustainable incomes than all other sectors put together. It is lesser known fact that India's agricultural products fetch higher earnings than trade in services or manufacturing. With proactive support, India can further enhance its farm exports and contribute to the nation’s prosperity and development. Progress in agriculture will also address other glaring social problems like village and town planning, urban migration and access to basic healthcare and nutrition in rural areas. Better access to credit for farmers will help them gain sustainable incomes and invest in assets for growth and better returns.

Today, India's farm sector is at crossroads of history. A market driven, intense farming practice is a must for bringing about positive change on the ground. Industry and government must come together to unleash the true potential of our farmers.  After the IT industry, it is now the turn of the Indian famer to go global and target the global agricultural market.

Tweets by @forbes_india
30 Under 30: How ShareChat is helping non-English users access digital content
Behind the boom in books on films