Despite the overwhelming number of news reports on India's most populous state, we bet you didn't know these things 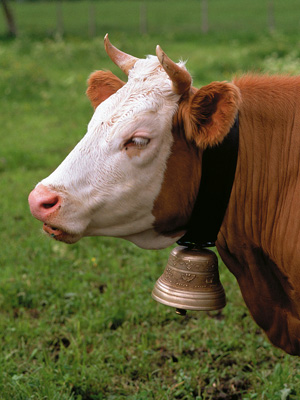 Jalesar
The next time you see those lovely small cast bells hung around the necks of cows in Switzerland, be sure to ask where it comes from. You’d be surprised by the answer. Jalesar, a small town with a population of around 40,000 in Etah district is known for casting brass bells and exporting it around the world.

Karmnasa
This is a river unlike any other in India. As its Hindi name suggests, it is the only cursed river and it is believed that touching its water would ruin one’s plans. There’s hardly any development along this river. People around this river just eat dry fruits because cooking food would require water!

Shahjahanpur
Even decades after Independence, the streets of Shahjahanpur witness a strange and crude convention. On the day of Holi, the festival of colours, people of the town parade a randomly chosen man, almost naked and wearing a garland of shoes, while beating him with brooms. This happens in the presence of senior district officials and even the High Court is aware of it, but somehow it has escaped a ban.

Muzaffarnagar
The Jat-dominated district in western Uttar Pradesh has the highest per capita income in the state. One of its blocks, Shamli, is said to have the highest LIC premiums in the country.

The Parijat Tree
Roughly 40 kms away from Lucknow, stands the parijat tree, which is supposed to be the only one of its kind in the world. It is known for its flower, which changes colour during the day. Legend has it that the parijat plant was brought down from heaven by Lord Krishna for his second wife, Satyabhama.