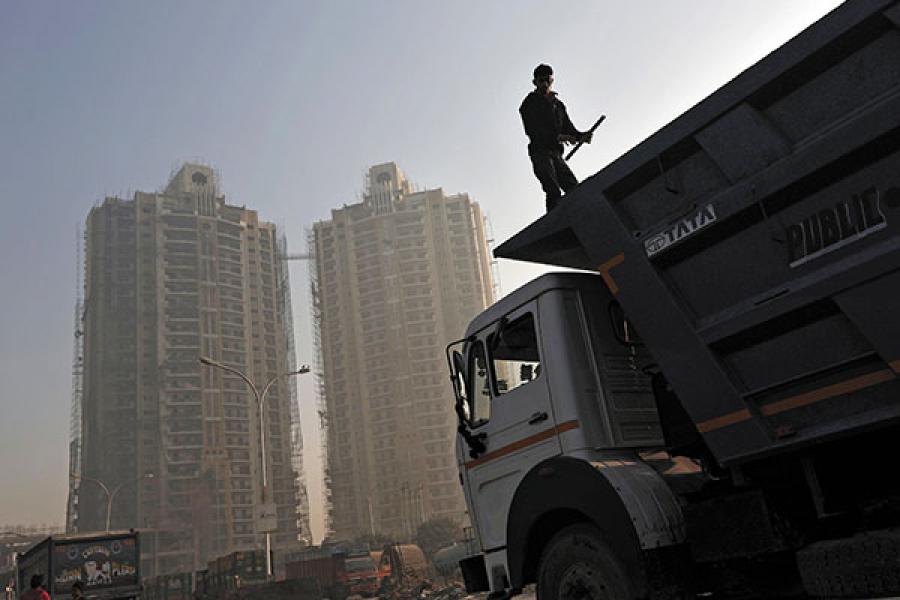 Image: Adnan Abidi / Reuters
Chinese realtor and billionaire Wang Jianlin has planned $10 bln Investments towards an industrial park in Haryana over the next 10 years

The real estate market in the National Capital Region (NCR) is on a downslide. As of December-end, the region accounted for 31 percent of the unsold residential units—2.06 lakh of 6.65 lakh—across India’s top eight cities, according to international residential and property consultancy Knight Frank.

NCR is also the worst market for real estate in India as it will take over four years to sell off the region’s current unsold inventory, compared to an average of three years for the other seven cities—Mumbai, Pune, Bengaluru, Chennai, Hyderabad, Kolkata and Ahmedabad. 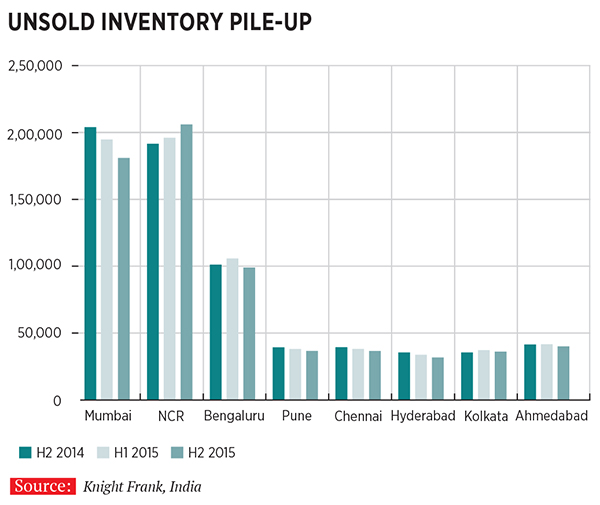 Investors in NCR are desperate to sell off their real estate assets at whatever price they can. Around 30 percent of investors have already parted with their properties and new buyers are willing to invest only in completed projects to avoid the risk of delays.

“The NCR market has experienced a slide for two consecutive years in markets like Noida, Ghaziabad and Faridabad. There are issues related to forest and environment clearances. This is one market where things have not moved as expected and projects are getting delayed by more than three years,” says Zia Ghulam, executive director, Knight Frank India.

Greater Noida continues to witness the maximum number of project launches, accounting for 40 percent of all launches in the region in the second half of 2015. Almost 90 percent of the launches are in the affordable segment of Rs 25-50 lakh.

The report, however, points to a silver lining as well: Sales in certain areas of NCR were up 15 percent as prices fell. However, per square feet price for residential properties in NCR has stayed flat at Rs 4,580 in the last two years.

Overall, the top eight cities in India have witnessed a sharp fall of 21 percent in launches in the 2010-2015 period, but there has been an uptick in sales.