The talking cure: A closer look at the bull market in business storytelling

Business storytelling is popular now because it's a reliable way to reach an audience, according to the Boston-based consultant 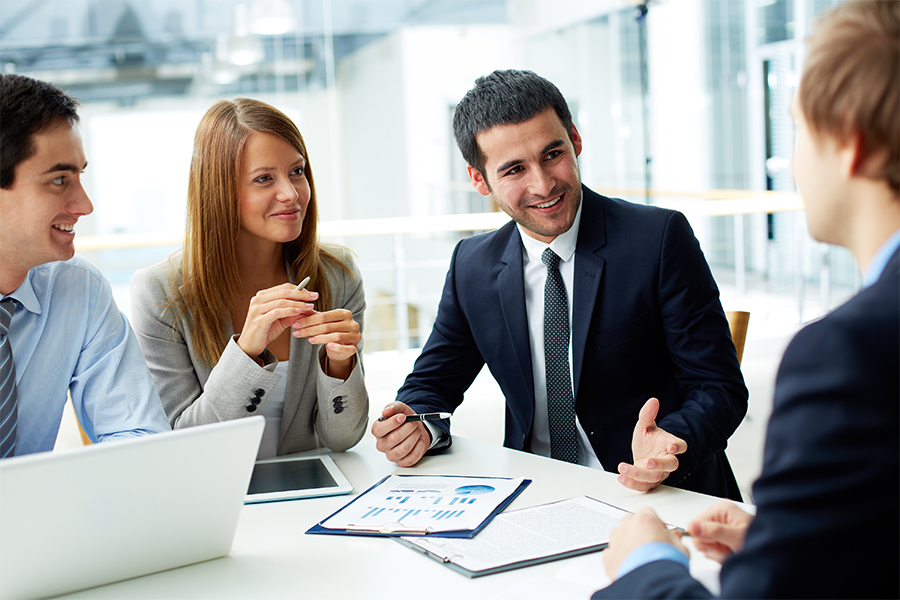 This is a four-part series on storytelling. In the the first article in the series, we looked at the case for storytelling as a sales and management tool, and why in this high-tech age, the low-tech story is still the killer app of persuasion; in this second article, we will explore the ingredients that go into a successful management or sales story. In the third and fourth articles, we will look at how better storytelling can help you in your career and how people are using storytelling analysis as a way tounderstand organizations better.

Part 2: Getting the story right
“When you use the word stories, people think you’re going to talk about the three bears,” says Laurence Prusak, co-author of Storytelling in Organizations (2004). In fact, say Prusak and other storytelling experts, stories are a way to make information more memorable, by organizing it in a form that connects to people’s emotions.

Business storytelling is popular now because it’s a reliable way to reach an audience, according to the Boston-based consultant. “I were younger or wanted to start a consulting firm just based on this, I could do it in a minute. I’d have enough business to last forever. It’s a very popular subject. They’re all so sick of PowerPoint, they’re sick of propositional learning, they want to hear a story. And if you’re good at it, if you can speak with emotion and you put a little pizzazz into it, you can’t really lose, people really will listen to you.”

Stories can all be boiled down to just a few elements, according to Prusak. “All stories have a beginning—a description of a state; here’s how we were doing this at this time. Then there’s some disruptive element: either the world intrudes, you lose market share, there’s a new technology, someone comes in that’s new, something disrupts that state…the actors, heroes, champions struggle – which is the emotional grip of the story, and then a new state emerges – hopefully better, but not always, and that’s the basic structure of all stories.”

But every narrative genre has its own special requirements, and business stories are no exception. Paul Smith has written two books that define the two most important business genres: the leadership story – the kind of story managers tell to fire up the troops– and the sales story, the kind intended to lead customers to pull out their checkbooks.

After speaking to hundreds of CEOs and other business leaders, he found that the average length of their stories tended to be about 600 words – a four-minute chat. They ranged from as short as two minutes to as long as five, but on average, they wrapped up at around four, based on the typical speaking rate of 150 words a minute. The leaders’ stories he collected covered all kinds of situations, from creating a vision, to defining a culture, to encouraging innovation.

Sales stories are different. For one thing, Smith found that sales stories tend to be about half as long—300 words and take two minutes to deliver.

Why the difference? Smith doesn’t think it’s because the boss is more eloquent. “My hypothesis for why sales stories are shorter is that when a leader tells a story it’s usually the boss telling a story to his or her employees and so he or she has a captive audience that [is] kind of obligated to sit and listen…They’re also telling the story in a familiar comfortable setting which is around the office where you go to work every day and your time there is not limited.”

The time pressure keeps the salesperson focused. “The conditions a salesperson faces are quite different,” Smith says. “A salesperson usually only has a limited amount of time with the buyer because they’ve driven, you know, three hours away to their office to visit them and they have a 30-minute sales call meeting with them and then they have to leave, so their time is shorter. But also, the person they’re talking to is under no social or no other obligation to listen to them for a long time.”

The other difference is that great salespeople don’t stop with one story. “The great salespeople are telling stories throughout the entire sales process, so literally everywhere from introducing themselves to the buyer to preparing for the sales call to building rapport or to making the main sales pitch to handling objections to closing the sale and even managing customer relationships,” says Smith, who catalogued 25 different kinds of sales stories.

What the stories focus on, however, will vary by culture. In Latin America, for instance, people like personal stories. “I talked to some people who would say ‘I might have a one-hour meeting with somebody and it might not be unusual to spend 20 minutes of that hour just chatting and telling personal stories to continue to build our working relationship,’” he says. “But you do that same thing in Germany, for example…and if you spent more than two minutes doing that, they would get antsy.”

It pays to take some care to tell your story right, Smith says, in the same way you would take care with an important email. If it’s a story about the company, talk to the people who were involved, do some research, find out what actually happened.

However, you don’t need to be Kenneth Branagh to have an impact if you get the essentials of your story straight. Smith notes that in one study of children’s retention, the researchers compared how much kids remembered of a story when it shown to them on video, read to them by an actor, or told extemporaneously. The researchers found that while children could remember more details from the video than from being read to or having the story told to them, having it told impressed the story’s core messages most deeply.

If sales-pitch storytelling still sounds intimidating, you may need to come up with a third kind of story that Smith discovered in the course of his research: the story people tell themselves.

The first was a motivational story a pharmaceutical sales rep told herself before she went on a sales call. “She liked to remember a time she was visiting a hospital and a woman came up who saw her badge,” Smith recalls. The woman said, “‘Hey, do you work for XYZ company?’ She says, ‘Yeah, I do.’ The woman goes, ‘Are you the ones that make this drug that I’m taking?’ and she said, ‘Yeah, we are.’ And the woman just said, ‘I’ve got to thank you. That drug has changed my life…I wasn’t able to play with my grandkids and I wasn’t able to go outside with them, I couldn’t walk with them, I couldn’t change their diapers.’”

The second kind of self-told story surprised him more: a story to relax and take the stress out of the next sales call. “This one guy, when he’s about to go into a sales call, he tells himself this fictitious story in his head about himself, that he’s this gentleman of means, engaging in this sales call for sport—because it’s fun—but he absolutely is so wealthy he has no need to make this sale, he doesn’t care if they don’t buy what he’s offering, and he’s just this guy who’s enjoying it, like he would be out fox hunting. He says it just takes the pressure off him—providing for his family and not getting fired from his job, and all that kind of stuff, to just pretend for a few minutes that this is just a game. And it just makes him relax, and he goes into his sales calls relaxed.”

For a person who lives “way out there in the blue, riding on a smile and a shoeshine,” as Arthur Miller puts it in Death of a Salesman, that may be the most important story of all.

Tweets by @forbes_india
India is less cynical than the West while accepting TED-like content on TV: Curators
Ola closes billion-dollar funding round led by Tencent