Xiaomi has attained an enviable position in the Chinese smartphone market. But will its current strategies help it retain its prized spot as it gains scale? 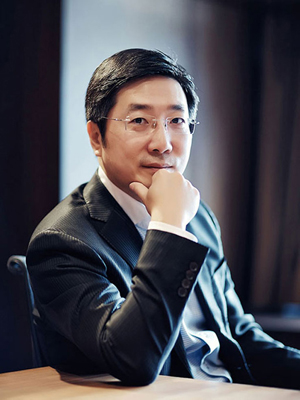 Xiaomi’s explosive growth in China last year has invited both resounding applause from fans as well as scathing criticism from detractors. Optimists praise Xiaomi’s unique business model that help creates attractive products at low costs, while doomsayers are skeptical of its future growth due to a lack of core technologies and innovations.

But Xiaomi’s goal remains ambitious—according to its founder and CEO Lei Jun, the five-year old company aims to sell between 80 and 100 million handsets in 2015; and in 10 years, Xiaomi plans to replace Samsung and Apple as the top smartphone seller globally.

At the same time, Xiaomi is casting its net even wider by jumping headlong into more consumer electronics and even home appliances. In recent weeks, the start-up released a $64 camera that looks like the GroPro. It has also started working with Chinese sportswear maker Li-Ning on a pair of smart running shoes.

Will Xiaomi be able to maintain its momentum in the smartphone market? Can it also replicate its success in other “smart” products? We posed these questions to Teng Bingsheng, Associate Professor of Strategic Management at Cheung Kong Graduate School of Business. Teng has closely followed and studied the strategies of Chinese tech companies such as Alibaba and Xiaomi. In this interview, he discussed the sustainability of Xiaomi’s business model and the challenges it could potentially face as it expands.

Edited excerpts:
Q. What are the benefits of Xiaomi’s asset-light model? Is this model sustainable as the company grows?
A. It’s a great model because it allows Xiaomi to leverage assets of other companies. It’s a great strategy in industries where manufacturing is not proprietary. Xiaomi can have access to the best sourcers out there—actually most of them are suppliers to the leading phone companies in the world. I think this model is sustainable in the future because the structure and dynamics of the industry haven’t changed.

The model Xiaomi has developed, which has been very successful so far, is without [owning] the core technologies. I think it’s best to continue with it rather than to change it. The uniqueness of Xiaomi is that it can take advantage of the best technologies in the field and then make a product that’s very attractive, sleek and powerful at a very competitive price.

Q. What about the lack of patents as a constraining factor?
A. Some people have been criticizing Xiaomi for the lack of intellectual property, but the reality was that Xiaomi could access technologies by paying for them. For example, Qualcomm has been providing this package of patents to various phone makers by charging a lump sum fee. But, of course, Qualcomm has some [anti-trust] problems in China and beyond [for having this arrangement]—it was just fined RMB 6 billion and the model doesn’t exist anymore. The implication is that companies with more patents will be better off, but for companies like Xiaomi, their patent payments will be somewhat higher.

But it just means that the cost advantage of Xiaomi will be a little bit less than before. It doesn’t mean that Xiaomi, therefore, would have to invest heavily in patents and other heavy assets. I think most Xiaomi users would be willing to pay, say, an extra RMB 100.

Q. Xiaomi was able to keep in close touch with its customers early on, getting feedback on the design and functionalities of their phones and incorporating that in new models. Will it be able to maintain that?
A. It’ll be increasingly difficult for Xiaomi to keep a direct touch with its customers. This fan culture has been indispensable and very instrumental to the success of Xiaomi. But now they’ve grown from the core [users] to a much larger consumer base. The farther you are from the core, the weaker the sense of being a fan becomes.

If Xiaomi shifts to the regular marketing and advertising strategies as it grows, it’ll lose touch with the fans that have been so important to it. So how to maintain the overall culture yet expand the base very quickly? That’s going to very challenging for Xiaomi.

Q. Xiaomi’s product portfolio is getting richer. Would you worry that one bad product will contaminate the entire brand?
A. I think the chance is very limited. The risk is more about the focus of the company—whether it should follow the traditional positioning theory or go with the so-called internet mindset. According to the positioning theory, Xiaomi should probably focus on cellphones because that’s what it’s known for and the fans would recognize its value [as] the best in this particular category. But in the era of the mobile internet, the traditional theory may not be able to explain all successful models. Xiaomi has become a bandwagon—something that a lot of people are willing to [jump on]. So Lei Jun said that he can duplicate the model of XIaomi and make 100 successful affiliate companies.

So I think as long as the products are smart devices that can be related to Xiaomi’s core products, they could duplicate Xiaomi’s success. It is really testing the boundary of a traditional theory.

Q. Some analysis pointed out that in order to make up for the thin margins of its phones, Xiaomi needs to profit from providing content. Do they need to get involved in content creation?
A. Content will definitely be an uphill battle for Xiaomi because it’s a very different area. I think the right strategy again is to leverage resources of other companies. If you have the set-top box, you’ll control the platform; you have to ability to charge [content providers] for whatever content you run in the box and your TV.

But given the first-mover advantage of LeTV and other video content providers [who controls most distribution channels and are actively involved in production], it’ll be pretty difficult for Xiaomi to make a splash in the area. A better strategy will be an alliance one—they need to develop different kinds of alliances with content providers rather than dig into something very different themselves.

Q. Lei Jun recently said that he’d win if current Xiaomi users chose the brand again when replacing their phones in a couple of years. What do you think about the idea?
A. [Xiaomi users may still buy Xiaomi] if their income does not increase. Because as of now the segment [of consumers] who are buying Xiaomi is somewhat below the middle-class level. If these people continue to be at this level, they may buy another Xiaomi phone when the next product rolls out. But if they reach a higher income level, then the brand image of Xiaomi may prove to be less attractive. But it’s not really a problem for Xiaomi because the customer base is so large that Xiaomi, with its accurate positioning, will continue to attract people in the middle level of the consumer [income] pyramid.

Q. Will competitors, especially other Chinese smartphone companies, undermine Xiaomi’s advantage in the near future?
A. In the next couple of years, I think Xiaomi will be able to sustain its leading position as the best smartphone based on this direct sales model. Other phones relying on more traditional retailing models will probably find it very difficult to catch up. It’s like someone who’s used to using [his or her] left hand will find it quite difficult to make the right hand as nimble, because the two hands will fight—direct marketing versus the traditional wholesaler/reseller model—these two are not easily compatible.