Make the Most of Tumbling Stock Markets

In search of value: Periods of turmoil in the market are wonderful opportunities to buy quality stocks cheap 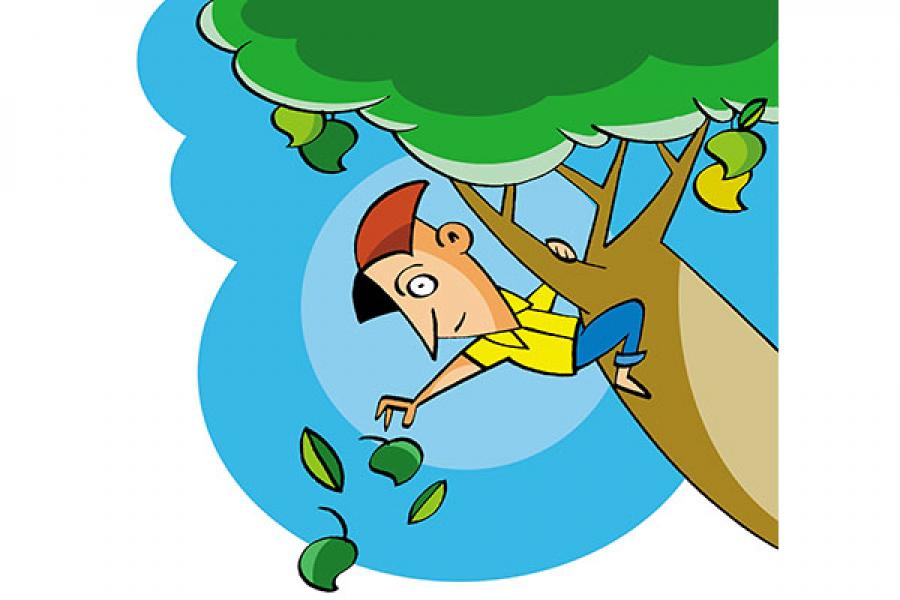 Given the recent ascendancy of behavioural economics and the cult following attached to Warren Buffett, most investors in India now acknowledge the complexity of determining “fair value”. Most methods of valuation are inconsistent—not only are they constrained by the assumptions underpinning the technique, they often fall prey to over-simplification. The only universal truth in this quest for value seems to be that price and value are inversely related!

Benjamin Graham’s contribution to quantifying value remains unsurpassed even though his efforts go back to the 1920s. In The Intelligent Investor, Graham proposed a formula for calculating intrinsic value (V) such that V = EPS times (8.5 + 2g). In effect, he believed that 8.5 was a fair PE multiple in the absence of growth.

Peter Lynch asserted that fairly priced companies should trade at a PE multiple equal to their earnings growth. Interestingly, Lynch’s calculation must always be considerably lower than Graham’s estimate of intrinsic value, provided expected growth is positive. The PEG ratio is obviously meaningless when growth is zero!

Graham felt that the best proxy for g was the average annual growth of EPS expected over the next seven to ten years. Quite apart from the fact that this formula is highly dependent on divining future earnings growth, Graham acknowledged that it failed to take note of changes in the interest rate. Recognising this inadequacy, he refined his methods to arrive at a new formula: V = [EPS times (8.5 + 2g) x 4.4]/Y. Graham explained this as being related to an AAA corporate bond yield of 4.4 percent at the time he originally derived the result and the need to have V vary inversely with changes in the interest rate. Graham was the first to point out that the multiplier failed to account for the company’s financial structure and competitive position. Hence, for his method to work it needs to be restricted to businesses that “meet criteria of financial soundness”. Finally, he added that growth estimates need to be fairly conservative if the method is to confer a margin of safety. Even though the method is rudimentary and there is no justification for the constants, it remains an excellent way to understand the rate of EPS growth being discounted in the current price and the sensitivity to a deteriorating macro-economic environment.

Professor Bruce Greenwald urges investors to use a range of valuation methods instead of depending on a single approach in his book Value Investing: From Graham to Buffett and Beyond. The three techniques that he outlines are the asset method, the earnings power method and the profitable growth method. In effect, the first approach combines three concepts—book value, liquidating value and reproduction value.

Reproduction value is based on guidelines for adjusting each element of the balance sheet to reflect the amount “a competitor would have to pay to replace them today, at the currently most efficient way of producing them”. Rather than whittle down book value, the strength of the reproduction cost idea is that it explicitly adjusts for elements that generate future cash flow, such as R&D and brand building.

The earnings power value method is a single-stage DCF (discounted cash flow) with special emphasis on adjusting the reported earnings in order to arrive at a figure that represents the cash investors can extract from the firm and still leave it functioning as before. The method is highly sensitive to the choice of a “risk-free interest rate” and an assessment of the riskiness of the business in relation to other investment alternatives. In effect, the earning power valuation amounts to EPV = C x R/r where C is capital employed in the business, R is return on capital and r is the cost of capital.

In the third method, the underlying assumption is that the business grows at a fixed rate, g. In addition, this method modifies the earnings by reducing from it an estimate of the investment needed by the company to provide for this growth. So the value using the profitable growth method is PV = [C x (R-g)]/(r-g). If growth were to be absent (zero), then EPV and PV are identical. So the real question to be asked is when does growth add value? In simple terms, the answer provided by the third method is that growth is valuable when the return on capital achieved by growing exceeds the cost of capital required to fund it!

Joel Greenblatt, author of The Little Book that Beats the Market recommends a method described as magic formula investing. It amounts to constructing a portfolio using just two ratios: Return on capital and earnings yield. The first ratio is meant to measure managerial capability and the second focuses on “statistical cheapness”. After ranking the universe from highest to lowest on these two parameters, Greenblatt recommends the use of a combined rank which simply adds the two individual factor rankings for each stock. The companies with the least combined rank are typically the most profitable investments. Based on extensive back-testing over more than 20 years, Greenblatt has demonstrated that this method of portfolio selection outperforms the market. It is worth mentioning that he defines return on capital as earnings before interest and taxes (EBIT) divided by capital employed in the business and earnings yield as EBIT/enterprise value to avoid distortions created by capital structure and tax rates. Yet the approach seems to work just as well using conventional definitions!

Regardless of the method chosen, the message is loud and clear: Value investing is not as much about doing smart things as it is about not doing dumb things. Howard Marks summed it up wonderfully when he said, “If I had to identify a single key to consistently successful investing, I’d say it’s ‘cheapness’. Buying at low prices relative to intrinsic value (rigorously and conservatively derived) holds the key to earning dependably high returns, limiting risk and minimising losses. It’s not the only thing that matters—obviously—but it’s something for which there is no substitute. Without doing the above, ‘investment’ moves closer to ‘speculating’, a much less dependable activity.”

In light of Marks’ wisdom, what should the sensible investor be doing at the moment? Periods of turmoil in the market are wonderful opportunities to buy quality cheap, thanks to the gnawing fear and self-doubt that destroys the vast majority of investors. If you are convinced that a business is available at significantly less than what it’s worth, stay calm and remember that the mathematics of compounding and the power of free cash flow work wonders for the patient investor. A number of companies that merit serious consideration in the current environment are Supreme Industries (Rs 338), HDFC (Rs 737), Engineers India (Rs 129), Navneet Publications (Rs 52), Cummins India (Rs 387) and Torrent Pharma (Rs 421).

Just in case you are too scared to act, mull over the insights provided by the legendary Seth Klarman of The Baupost Group in this regard—“While it is always tempting to try to time the market and wait for the bottom to be reached (as if it would be obvious when it arrived), such a strategy has proven over the years to be deeply flawed. Historically, little volume transacts at the bottom or on the way back up and competition from other buyers will be greater when the markets settle down and the economy begins to recover. Moreover, the price recovery from a bottom can be very swift. Therefore, an investor should put money to work amidst the throes of a bear market, appreciating that things will likely get worse before they get better.”