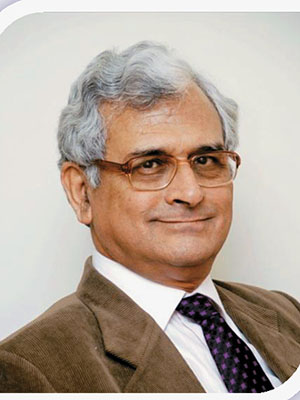 “For the sake of national security and to protect the privacy of its citizens, India should develop its own social media platforms,” says Dr Kamlesh Bajaj, CEO of Data Security Council of India (DSCI), a Nasscom-promoted ‘self-regulatory’ organisation on data protection and privacy in India, in a blog post dated August 13.

Citing a litany of woes, including American control over internet infrastructure, Bajaj makes the case for India to take a leaf out of China’s playbook (“even though its reasons were different”) and encourages the creation of “Indian” social media sites and search engines.

“Unfortunately, Dr Bajaj provides a wrong solution to a correct diagnosis,” says Pranesh Prakash, a policy director with the Centre for Internet and Society. “First, I can’t think of any governmental intervention—short of a ban on existing foreign services—that can make a new Indian service successful. Second, India’s privacy laws are worse than those in the US. Nothing will stop the US and Indian governments from coming after this company too.”

The problem arises because services like Facebook and Google store all your data unencrypted on their servers, making it easy for them, or governments and hackers, to monitor everything you do. The correct solution, says Prakash, would be to encourage the creation and use of de-centralised and end-to-end encrypted services that do not store all your data in one place.