You Notice Good Governance Only When It's Gone

You don't feel the presence of good management until it's gone 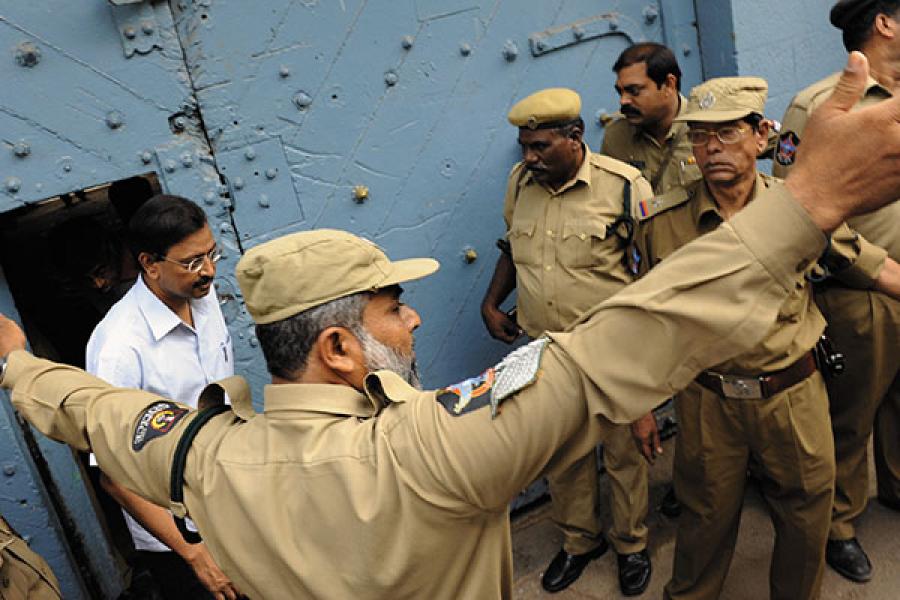 Image: Getty Images
Satyam’s tainted former chairman Ramalinga Raju. The lesson from Satyam and Enron is that it is near impossible to unearth a systematic fraud

A die-hard fan of Ajit (the ultimate stereotype of the evil villain!) who was stung by the Satyam episode expressed it fairly succinctly: “Good management is a bit like oxygen—it’s invisible and you don’t notice its presence until it’s gone and then you’re sorry.” Beyond providing a strategic roadmap, motivating employees and allocating capital wisely, a great management team is charged with the responsibility of coming up trumps in an increasingly hostile operating environment. Most of what matters in investing has been summed up by elegant and comprehensive quantitative models. Yet, the ability to benchmark the quality of management remains stubbornly resistant to this formulaic approach.

Productivity and profitability analyses provide basic inputs about the capability of management. A historical trend analysis of asset utilisation, operating margins and capital efficiency (ROE/ROCE) relative to best in class competitors is a good starting point. While these are useful measures of “doing things right”, they are a trifle simplistic since the crux of assessing management is to fully comprehend their incentives and its degree of alignment with those of minority shareholders. The most important information to be gleaned is the quantum of shares held by senior managers. Minority shareholders would most definitely wish to see the stewards of their interest staking a large portion of their wealth to personal ownership of stock. More recently it has become essential for investors to scrutinise the stock option plans put forward by management as a way of bolstering their compensation. These long-term rights to acquire shares are often extremely valuable even though companies are not obligated to recognise the worth of these options by making an appropriate deduction from current earnings.

Looked at through the lens of reasonableness, investors obviously want senior executives to have a material holding except that they would prefer some portion of the ownership to be a consequence of cash purchases as opposed to overly generous grants arising from stock option plans. As a rule of thumb, annual option schemes that grant management in excess of 5 percent of shares outstanding should raise a red flag. However, the supreme display of greed is on offer when the board chooses to reduce the strike price of options subsequent to the share price falling below the original grant price!

The importance of a dispassionate and energetic board cannot be emphasised enough. Interestingly, many of the high profile grandees on the boards of large companies are CEOs of similar companies and are quite content to scratch each other’s backs when the interests of their fellow CEO is under fire! Many board members are exceptionally busy individuals and it is questionable how much time they can devote to being genuinely involved in exercising oversight and contributing to the company’s well-being. Equally, their ability to discipline the existing CEO for poor decisions or mediocre performance is often compromised. Perhaps the most tricky issue board members are required to deal with is succession planning. Regardless of whether the controlling interest is held by a family or institutional investors, the board of directors need to objectively debate issues such as strategic capability, personality and leadership style, investor perception and attitude to risk in determining how to pass the baton. A large number of CEOs are not keen to broach these issues and engage in a transparent discussion with the board leading to avoidable confusion and misplaced expectations in the minds of customers, regulators, employees and other members of senior management quite apart from minority shareholders.

The need for strong and genuinely independent directors as members of the board not only acts an antidote against cronyism but is also necessary to examine related party transactions, private placement of securities and strategic initiatives such as joint ventures, technology purchases or acquisitions. In many instances, knowledgeable outsiders serve as a useful sounding board on tricky decisions such as capital structure, dividend policy, recruiting talent and implementing change within the organisation. Concerns regarding managerial incentives also arise when looking at public companies that are either controlled by a corporate parent or in circumstances where ownership of major brands/assets resides in a separate corporate entity. Questions about transfer pricing and corporate overheads are directly relevant in maximising shareholder value.

The doubt that most often creeps in is whether management might have acted differently if the parent did not have a large equity stake. Most often, public companies steadfastly maintain that little good would come about from greater investor involvement in these areas. In fact, most of them seek to actively discourage investor participation in corporate governance. Since individual investors are widely dispersed, they lack sufficient clout to engage management. Institutional investors typically have neither any incentive nor skill to get actively involved in unravelling these problems in the firms where they have substantial stakes. Voting proxies defines the limit of their concern and there is hardly any secret in how this process unfolds. The majority of money managers prefer to vote with their feet, by selling shares in companies they perceive as being ineffectually managed. It is noteworthy, however, that even if one were inclined to be activist, the existing security laws would pose significant obstacles in challenging incumbent management. The existence of well-established ‘public sector’ companies adds grist to the mill. It is hardly surprising that investors worry about government officials using their power to advocate corporate actions that either benefit a non-economic agenda or distort policy making. Buffett has repeatedly gone on record to state that efficient capital allocation is the only responsibility of the top management crew. Given the clear demarcation between ownership and control in publicly listed companies, the primacy of rational and disciplined capital allocation focussed on enhancing long-term shareholder value must be the ultimate yardstick of managerial success.

In practice, the trick is to look beyond the CEOs’ blue sky prose and dazzling photographs in the annual report and deal with the turgid message that is mentioned in the footnotes. After having savoured grandiose statements of intent during the last 30 years of poring through annual reports, a great fondness for uncomplicated and conservative accounting is easy to understand! Contingent and off-balance sheet liabilities are usually unpredictable and consequently, underestimated. The management of earnings is now a serious threat in a multitude of companies. The creativity and skill of an Indian CFO under siege is mind boggling. The frequent appearance of non-recurring items and changes in accounting norms relating to diminution in value of assets, deferred revenue expenditure, providing for goodwill, provisions written back (especially those regarding tax) and depreciation policy should raise questions about managerial integrity and propriety. Investors also need to be aware of the big bath theory which postulates that if a company is going to announce a truly disappointing performance, management may as well use the opportunity to indulge in extensive spring cleaning. A company will typically announce a significant restructuring to explain the hideous results and aggressively expense any problem items, in order that there is a spiritual cleansing that leads to future targets being either met or exceeded! If senior management bonuses or option grants are linked to earnings growth or ROE targets, the likelihood of the tub being filled is much greater.

Sadly, there are no absolute rules that can be mechanically applied in evaluating management. There is no substitute for judgement and realistic assumptions. A good litmus test for sane judgement is to ask what you would have done if roles were reversed. Quite often such analysis is encumbered when intertwined with issues of morality. There is absolutely no doubt that saints reside in the Vatican and business leaders are rarely inspired by their pronouncements (Stephen Green of HSBC being the solitary exception!). Yet, the attempt to identify leaders of resolute and upright character is a large part of the challenge in buying companies with outstanding management. All said and done, the real lesson to be learnt from Enron, Satyam and others of that ilk which is of no solace to minority shareholders, is that the probability of unearthing a systematic fraud in advance is close to zero since the deck is stacked in favour of the “house”.

The legendary management thinker, Henry Mintzberg, put it brilliantly when he said—Management is, above all, a practice where art, science and craft meet.