The president grew agitated as he was fact-checked on polling, race relations and the coronavirus response by Chris Wallace of Fox News 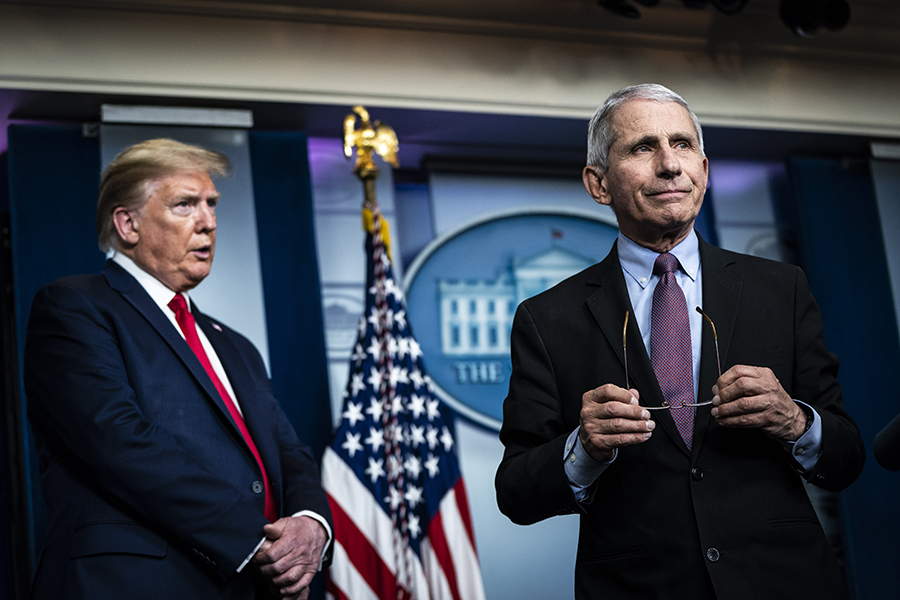 President Donald J. Trump listens as Dr. Anthony Fauci, director of the National Institute of Allergy and Infectious Diseases, speaks with members of the coronavirus task force during a briefing in response to the COVID-19 coronavirus pandemic in the James S. Brady Press Briefing Room at the White House on Wednesday, April 22, 2020 in Washington, DC. (Photo by Jabin Botsford/The Washington Post via Getty Images)