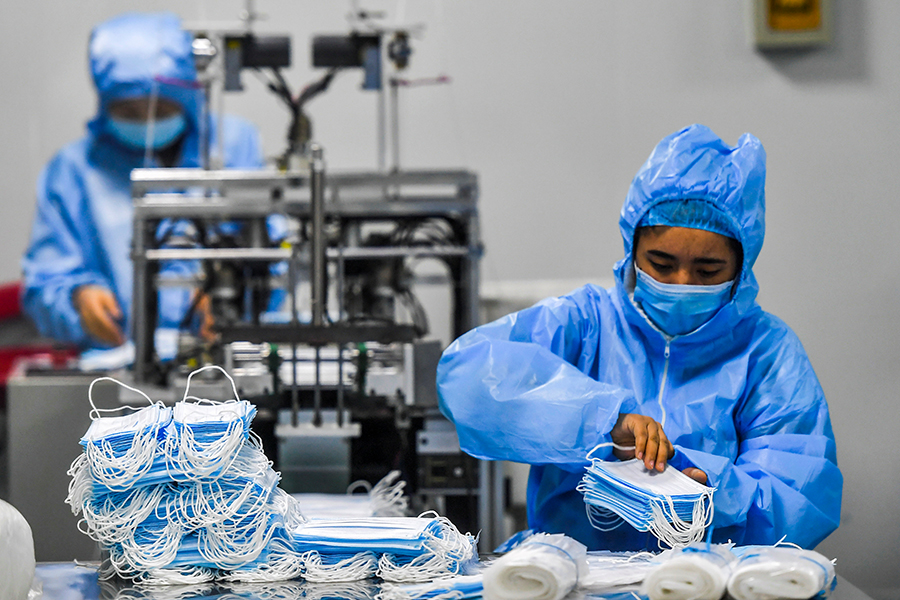 As the coronavirus pandemic continues to drive demand for personal protective equipment, Chinese companies are rushing to manufacture the gear for domestic and global consumption. A New York Times visual investigation has found that some of those companies are using Uighur labor through a contentious government-sponsored program that experts said often puts people to work against their will. Uighurs are a largely Muslim ethnic minority primarily from the Xinjiang region of northwest China. The program sends Uighurs and other ethnic minorities into factory and service jobs. Now their labor is part of the PPE supply chain. According to China’s National Medical Products Administration, only four companies in Xinjiang produced medical-grade protective equipment before the pandemic. As of June 30, that number was 51. After reviewing state media reports and public records, the Times found that at least 17 of those companies participate in the labor transfer program. The companies produce equipment primarily for domestic use, but the Times identified several other companies outside Xinjiang that use Uighur labor and export globally. The Times traced a shipment of face masks to a medical supply company in the U.S. state of Georgia from a factory in China’s Hubei province, where more than 100 Uighur workers had been sent. The workers are required to learn Mandarin and pledge their loyalty to China at weekly flag-raising ceremonies. The program is widely publicized in state media as a form of poverty reduction. The Human Rights Investigations Lab at the University of California, Berkeley and the Uyghur Human Rights Project have both collected dozens of videos and social media reports that document the recent labor transfers. Uighurs have long been persecuted by the Chinese government, which said its tight control over Xinjiang is necessary to fight what it calls religious extremism. In a response to the Times, the spokesman for China’s Embassy in the U.S. said the program helps “local residents rise above poverty through employment and lead fulfilling lives.”

Quotas on the number of workers put into the labor program and the penalties faced by those who refuse to cooperate, however, mean that participation is often, in effect, involuntary. “There are these coercive quotas that cause people to be put into factory work when they don’t want to be,” said Amy Lehr, director of the Human Rights Initiative at the Center for Strategic and International Studies. “And that could be considered forced labor under international law.”