Throughout history, men have waged war for power, wealth, land and occasionally over women. But rarely, except in the past two or three centuries have they gone to war to bring peace. Is peace really the raison d’etre for the wars being fought in different parts of the world? Or are the real reasons the same as history has taught us? 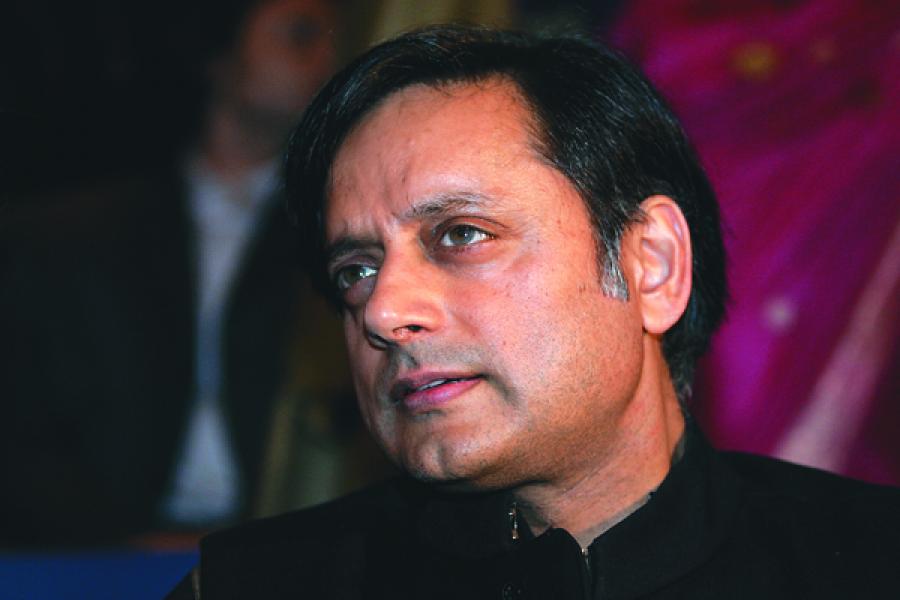 Shashi Tharoor
Spent nearly three decades at the United Nations working on the staff of the UN High Commissioner for Refugees and later as senior adviser to the secretary general. He was also the under secretary general for communications and public information. He is a former minister of state for external affairs in India. He is currently a member of Parliament representing Thiruvananthapuram.


Years ago, while I was toiling at the United Nations, the international community — gathered together at the level of Heads of State and Government at a Millennium Summit in New York — endorsed the idea that they had a collective responsibility to protect civilians whose own governments were unable or unwilling to do so. Sovereignty was all very well, the world leaders agreed, but it came with certain duties to the people in whose name it was exercised, and if sovereign governments couldn’t prevent massive human rights abuses (or worse, inflicted them on their own people), then the world had the duty to do something about it. The new doctrine was immediately dubbed “R2P”, short for “responsibility to protect”.

This was a twist to the earlier arguments for “the right to humanitarian intervention”, turning the issue on its head: the principle was no longer about the right of foreigners to intervene in third countries for humanitarian purposes, but rather their responsibility to protect people, if necessarily through intervention. The evocative image behind R2P was that of the 1994 genocide in Rwanda, when perhaps a million people died in a mass slaughter conducted by machete-wielding Hutu militia — a horror that could have been prevented had the international community taken on such a responsibility, and intervened with a few thousand troops, instead of withdrawing the UN Blue Helmets who already happened to be there.

It all sounded very noble and altruistic. The UK’s telegenic and hyper-articulate Prime Minister, Tony Blair, memorably declared that in the future, the West would go to war in the name of its values, not just of its interests. The wars of the future, Blair and his acolytes argued, would be fought for peace and human rights, not over something as crass as national interests, oil (perish the thought!) or imperial lust for territorial aggrandisement. The only catch in all this was in applying the principle to an actual case. As Rwanda had revealed, governments were all-too-unwilling to risk blood and treasure for the sake of foreign lives. Would armies actually intervene out of disinterested humanitarianism, or only do so when such declared intent in fact masked more cynical motives?

Indeed, the first major military intervention after the Millennium Summit — the Iraq war in 2003 — was initially sought to be couched in the language of humanitarianism by its proponents. But this was hotly rejected by the votaries of R2P, who argued that the war was squarely anchored in Washington’s geopolitical interests rather than in any real concern for suffering Iraqi civilians. Blairite altruism never quite recovered its credibility in the aftermath of Iraq.

R2P has suddenly come to life this year, though, with the ongoing aerial military intervention by NATO forces in Libya. Since the UN Security Council resolution that authorised the action permitted countries to use “all necessary means” to stop the assaults by Gaddafi’s forces on Libyans rising up against his oppressive regime, the bombardments were described as humanitarian in intent, aimed at saving Libyan lives. The idea was supposed to be to level the playing field so that a peaceful settlement could be negotiated by the contending parties, as had happened in Egypt and Tunisia. This was meant to be a war for peace.

It hasn’t worked out that way. The Western air forces did not simply stop their action once they had neutralised Gaddafi’s attacks on rebel-held Benghazi. They went on pounding ground targets, causing considerable civilian casualties. An attack on Gaddafi’s compound, which killed one of his children, suggests that the objective has moved well beyond the imposition of a “no-flight zone” to protect civilians on the ground to getting rid of Gaddafi himself — in effect, regime change.

My American writer friend David Rieff, who was once an enthusiastic interventionist in the civil war in Yugoslavia but has since recanted (see his book, At the Point of a Gun) now criticises, “the messianic dream of remaking the world in either the image of American democracy or of the legal utopias of international human rights law”. This is not just because it isn’t easy to do, nor that it involves taking more lives than it saves. It’s also, simply, because Rieff, and gradually other Americans, are coming around to the view that intervention isn’t right in any circumstances. He even told the New York Times’ Maureen Dowd that “Gaddafi is a terrible man, but I don’t think it’s the business of the United States to overthrow him. Those who want America to support democratic movements and insurrections by force if necessary … are committing the United States to endless wars of altruism. And that’s folly.”

This sounds rather like the traditional non-aligned objection to any interference in the internal affairs of sovereign states. Countries like India, China and Brazil, which abstained on the Libyan resolution, have long been profoundly allergic to any attempt by countries to impose their will on Third World nations by the force of arms. The experience of colonialism underlies many of these attitudes — nations that have won their freedom after centuries of subjugation by foreigners supposedly acting out of a “civilising mission” are understandably none too keen on seeing the same conduct re-emerge under the garb of humanitarianism, or even R2P. And yet those in the developing world who would resist such intervention have no answer to the question —if the world had been prepared to protect the Rwandans from genocide in 1994, would you have considered that an inadmissible interference in Rwanda’s sovereignty?

The squeamishness is not only on the part of the developing country ideologues. The potential intervenors have their own hesitations. In the 1820s, US President John Quincy Adams declared about America: “Wherever the standard of freedom and independence has been or shall be unfurled, there will her heart, her benedictions and her prayers be. But she goes not abroad, in search of monsters to destroy ... she is the champion and vindicator only of her own.” Adams’ statement recognised that the principal duty of a democracy is to its own voters and legislators. The imposition of its values on others is, indeed, not its business.

It doesn’t help, of course, that such attempts at imposition have often gone awry, as the years of chaos in Iraq after the American military triumph in 2003 demonstrated. War creates casualties. Often these exceed the beneficiaries; it has only been a few decades since an American general so fatuously declared in Vietnam that, “it was necessary to destroy the village in order to save it”. If you want peace, you must prepare for war — only in order not to have to go to war. Once you do, peace is no longer possible; the logic of war renders the very idea absurd, as we are seeing every day in Libya. The French philosopher Blaise Pascal remarked, centuries ago, that, “He who would act the angel, acts the beast”.  To pretend that angels must do beastly things for angelic purposes is either naïve, or cynical, or both.

This is why the only true warriors for peace are United Nations peacekeepers, whose job is to prevent the recurrence of conflict, rather than to engage in conflict in the name of ending it. When the war ends in Libya, amidst all the smoke and the rubble will lie one more discredited notion, that of going to war in the name of peace.

Tweets by @forbes_india
Azim Premji: The Business of Ecology
How Ethical Can We Be?