Peter Ellis, the architect of Jaypee Sports City, says the whole process of working in India is chaotic where every era of Indian history continues to live side by side with another era 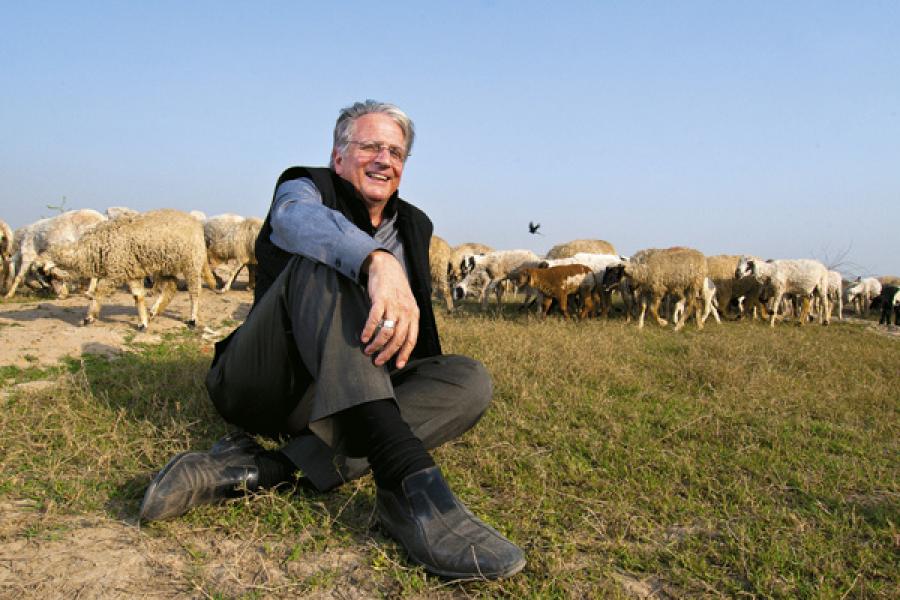 My relationships in India with its people and my colleagues are almost always very human and personal; they [Indians] are usually not superficial. There is some quality in Indians that runs very deep. Sometimes, I feel thousands of years of history resonate within people here. I don’t know the word for it; it’s just something they inherently carry.

I remember the first time I met [Jaiprakash] Gaur. I was waiting for him in a conference room with a lot of his employees. I expected him to walk in wearing a pinstripe suit like in the West, looking very official. Instead, he walks into the room in his white cotton kurta pajama and sandals. But you could feel his presence immediately as a profound human being, instead of a powerful being.

He asked me what I had to offer. I made my pitch. Halfway through it, he stood up and said, ‘you have to move to India’. I knew the only answer was yes. I added a caveat, ‘But please don’t swallow the key’.

I found it quite surprising that in a large organisation that’s building a city the major decisions are inevitably decided by a few people at the top: Gaur and his immediate family. This would never be the case in the West. There would be a chain of command that would make decisions then and there. That’s not the case in a family-run company in India.

But you could never go directly to Gaur. Let me explain. Whenever I had a radical idea, I would always drop it at a lower level because I knew that it would take a month to get to Gaur. But I knew he would hear about the idea before it got to him through the process. I would never go to him directly even though I had access to him. He had very little time and he had entrusted others to carry out the work of building the city. It would have been disrespectful for me to go to him directly. It’s best to build a consensus all the way to him. It would have been a loss of face for people in the process and I couldn’t do that.

Designing a project for a large city such as this is an overwhelming task. It’s full of surprises. There’s no clear message on how to go [about] designing a city. I always said to everyone on my team the learning curve is very, very steep. Our work was always intense. Very often we were exploring solutions to problems that haven’t been addressed before.

One of the greatest challenges is staying ahead of everybody. And by that I mean the people who are giving shape to your vision. In Jaypee, you can’t draw fast enough. The contractors wanted to start building before you can draw. And if you don’t draw fast, the bulldozers would go where they wanted to go.

It’s hard to maintain a work-life balance in India. It’s a six-day work week that drives me absolutely crazy. You can’t hide on Saturdays even though I tried really hard. The whole process of working in India is chaotic. It’s not as well organised as it is in Germany [where I have worked]. Germany is the exact opposite of India.

In India, you never really know who’s going to do what next. I describe going to a meeting in India as stepping into a roundabout. Everybody is going in the same direction at the same time and somehow miraculously you come out the other side and you don’t know how you did it.

I was always exhausted; I had very little personal time. I would virtually collapse after going home. We lived in Jaypee Greens, 30 km south of Delhi. It’s beautiful, but isolated. For someone who’s lived in big cities around the world, it was very removed from what I was used to. I would always go to Delhi on Sundays to Connaught Place, Lajapt Nagar or some place just to connect to life in India. I was always surprised at how chaotic it was. It amazed me that one could run a city like this. It still amazes me.

In India there’s a sense that no period of history is ever forgotten. It is not replaced, but another history comes up and lives along with it. You have the ox cart and the buffaloes and the autos and the Mercs, and everyone lives side by side. The people across Jaypee  Greens live like they did 3,000 years ago tending their sheep and in Jaypee we live in the 21st century. If we cross the street, we go back 3,000 years.

History isn’t forgotten here. All time is simultaneous in India. Every era of Indian history continues to live side by side with another era. This doesn’t happen anywhere else in the world that I know of. It adds to the chaos and it must be part of the reason why a linear process is so difficult to come by. Everything is circular and I sometimes wonder how we made any progress at all. We had to do everything three-four times.

I hope to be in India for many years. I am 64 right now and I don’t know if I am going to work for very long. I will be here until I can shape the city. I want to be sure that the Jaypee Group can continue to build the city as I designed it. Gaur always said I would be there for 20-30 years. I would laugh and say, ‘Just don’t float me down the Ganges in a bed of flowers when it’s all over’.