Wallace Forbes, the youngest son of the magazine's founder, recalls the early days of the business and working with his siblings 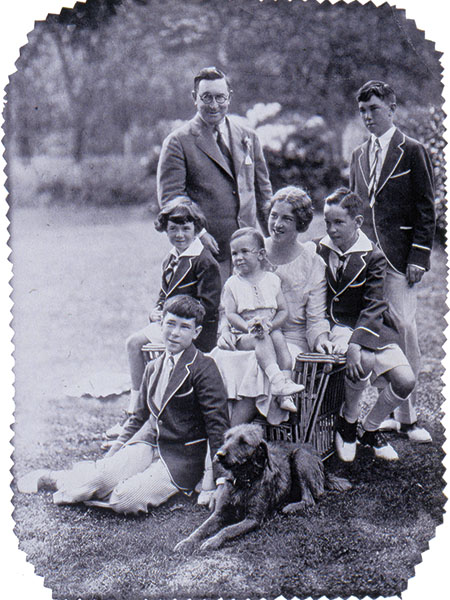 BC and Adelaide Forbes and their five children, including Malcolm (second from right) and Wally (centre)
Since its inception, Forbes has always been a family business, and nearly every one of BC Forbes’s children has played a part in its growth. Wallace Forbes, 89, is the youngest son of founder BC and uncle to Steve Forbes. “Wally”—as he is affectionately known in the family—spent most of his career in the investment business and running a firm that specialised in valuing privately owned companies. But, in 1996, at the age of nearly 70, he returned to the company that bears his name to preside over the long-standing newsletter business, Forbes Investors Advisory Institute.

Q. What is your earliest recollection of working at Forbes?
I was born in 1928, right before the Depression. The magazine had been very successful up until that point. But when the Depression hit, the advertising dried up. It was a horrible period. I started working at the magazine in the summertime when I was a young teen. I’d go in and work in the mailing department.

Q. Why didn’t you want to go into the business?
I had never had much interest in it. When I was in college, my father called us in for a meeting at home to ask us what we wanted to do. There were originally five of us: Bruce was the oldest, then Duncan, who was killed in an automobile accident at 16, Malcolm, Gordon and me.

So my father said the two boys going into the business will each get a third, and he split a third between Gordon and me. One share of stock went to Gertrude Weiner, my father’s secretary of many, many years. In case there was a tie, she could break it. Bruce succeeded my father when he died of a heart attack in 1954. He became president, and Malcolm became editor and publisher.

Q. But you got back into the business after Bruce died in 1964?
He was only 48. Then Malcolm asked me to run the stock newsletters he had started. After a few months, I suggested to Malcolm that we talk to Bruce’s widow, Ruth, to see if she wanted to sell her third. She did, so we bought out Ruth. I also spoke to Gordon, and he said he would like to sell. So I ended up owning a third of the business and Malcolm owned two thirds.

Q. Then what happened?
I soon discovered Malcolm was running the business and that I was not a junior partner. I remember when Malcolm bought the first Fabergé egg. I thought, Holy shoot! This is not what I think is appropriate investing. He said, “We’ll use it for advertising,” which he did. But I realised then that I was just going to be another guy on the deck. So, after five years, I decided that I was going to leave the business, and I sold my third to Malcolm. I still had good relationships with the people who worked at Forbes, and I liked going back. But I sure wish I had a piece of the action.

Tweets by @forbesindia
Forbes India '30 Under 30' 2018: Calling nominations from India's best & brightest
Life as a party: Malcolm Forbes and his guilty pleasures