Life as a party: Malcolm Forbes and his guilty pleasures

How Malcolm Forbes turned his passion for balloons, boats, motorcycles and other objects of desire into more than he dreamt 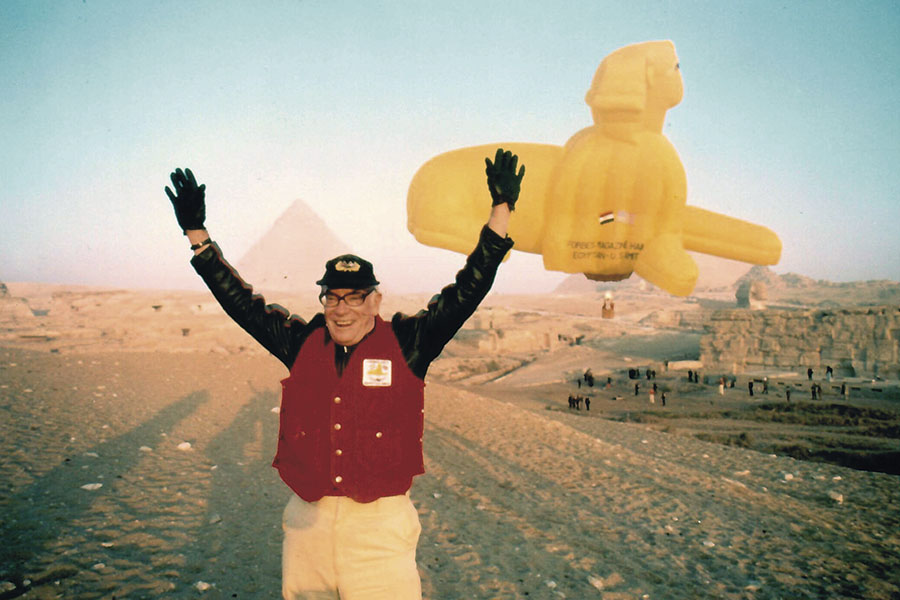 High Life: Forbes with his Sphinx balloon in Egypt

When certain things turn you on,” Malcolm Forbes wrote in his 1989 book More Than I Dreamed, “and you accumulate enough of them, voila! It’s a collection and you’re a collector.” And collect he did.

Chairman Malcolm loved ships and once lamented that “boat lovers suffer a disease: Biggerboatitis”. He had a particularly bad case of it. From 1955 to 1985, Forbes acquired five successively larger yachts—all named The Highlander—culminating in a 151-foot craft that came with a helipad and top-deck solarium. Its passengers over the years included presidents (Herbert Hoover, Ronald Reagan, George HW Bush), royals (Prince Charles of England, King Hussein of Jordan), celebrities (Brooke Shields and Harrison Ford) and of course CEOs (Rupert Murdoch, Lee Iacocca, Donald Trump). When welcoming corporate chiefs, Forbes often assigned each of his four sons a set of hands to shake—“to hit up for advertising”, recalls his eldest son, Steve, before the sunset games of gin rummy. And sometimes it served a higher purpose, as in the early 1980s when Secretary of State George Shultz hosted secret Arab-Israeli negotiations on board.

Hot-air balloons were another passion. He owned dozens of balloons in his life, and he piloted them across America—in a 34-day, 2,911-mile journey in 1973—and around the world. Starting in the early 1980s, he embarked on his Friendship Tours of countries such as Russia, China and Turkey (often riding his many motorcycles during these expeditions too). During those sojourns, he was part Phileas Fogg, part Henry Kissinger—a goodwill ambassador floating on air. Meanwhile, he hosted an annual international meet-up of balloonists at Balleroy, his French estate, and there he would unveil the latest addition to his collection of balloons. That included a replica of Balleroy itself: “Seeing the two of them together”—the mansion and the balloon—“provides a real kick.”

Along the way, Forbes experienced the inevitable unexpected descents, power-line entanglements and a failed bid to cross the Atlantic Ocean. “Sure, ballooning can be dangerous,” he admitted later in life. But then again, “always keep in mind that the highest accident rate is in the home, especially getting in and out of the bathtub”.

Above all, as his son Christopher puts it, “He did love a party.” Forbes knew how to throw a lavish affair—and in 1989 he put together a party for the ages for his 70th birthday. To get them to his palace in Morocco, Forbes flew 800 of his closest friends in a 747, a DC-10 and the Concorde, serving a Le Cirque-catered in-flight lunch that featured devilled eggs resembling hot air balloons. Among the guest list for this Forbes 800: Walter Cronkite, Calvin Klein, Gordon Getty, Regis Philbin, Henry Kravis, Diane von Furstenberg, Ronald Perelman—and most famously, Elizabeth Taylor, who went as the birthday boy’s date. 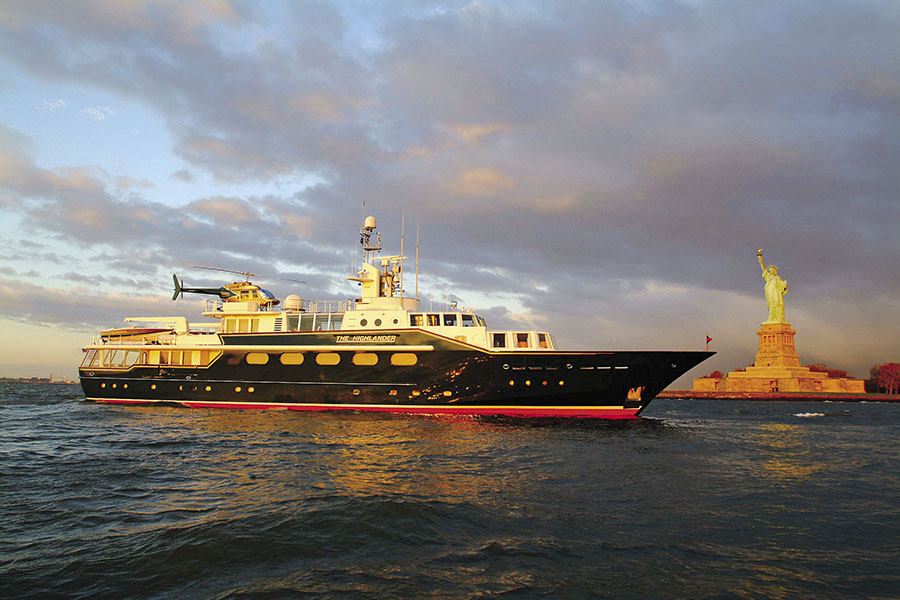 Power boat: Forbes’s yachts, The Highlander, have hosted three presidents as well as a pre-White House Donald Trump
He feted his guests at his 10-acre Palais Mendoub with a pasha’s feast served by hundreds of costumed locals: Barbecued lamb, chicken and summer fruit, followed by Krug champagne and a four-layer birthday cake shaped like the Bedouin tents in which they sat. A lengthy fireworks display concluded the evening’s festivities. (“The only glitch was that Ravel’s Bolero kept playing,” says Christopher Forbes, rather than the full range of music planned for the light show.) Before returning to America, the revellers accepted a final Sunday lunch invitation from Morocco’s king to dine at the Tangier Country Club while the monarch’s balletic horsemen performed.

Months before the party, the Forbes children had sent out the invitations, inscribing on each: “Our Father is not in Heaven yet and, as he also still signs our paycheques, we are anxious to make his 70th birthday a memorable one.” Thankfully it was. Six months after the celebration in Morocco, Malcolm Forbes suffered a fatal heart attack. And at his memorial service, his son Robert eulogised his father with a fitting sentiment: “It’s been a hell of a party, Pop.”