Forbes @ 100: Thoughts from its readers

Sir: Love and money, someone has said, are the two big interests in this world. There is need for a publication that will put a little heart interest in the subject of finance... I am glad that there is a man of your type at the head of the new Forbes magazine. Isn’t it great to be alive in these times?
Charles Merrill
Partner, Merrill Lynch & Co, October 13, 1917

Sir: I read Forbes. I like it. It stimulates people to work, to think and to do things to make progress in the world.
Thomas A Edison
August 7, 1920

My Dear Mr Forbes: I warmly commend your effort to aid in the recovery and reconstruction of business, industry and labour through your magazine. All efforts of this kind help to produce a united front in this battle.
Yours faithfully,
Herbert Hoover
November 1, 1932

Sir: I want to thank you for your thoughtfulness in making available to me the article “This Is Our Enemy!” by Senator H Styles Bridges, as told to Thomas C McClary [April 11]. I am deeply appreciative of the many commendatory statements concerning the work of this bureau, and with the continued cooperation of our citizens, our tasks during this emergency can be carried out more effectively.
J Edgar Hoover
Federal Bureau of Investigation, Washington, DC, April 15, 1941 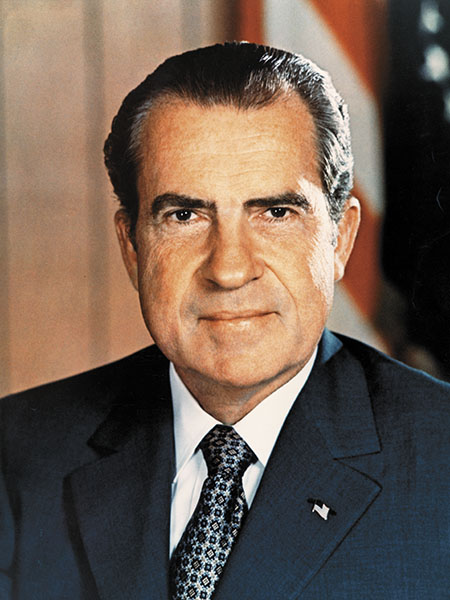 Sir: I just wanted you to know how much I appreciate your thoughtful and very encouraging comments about my relationship with the American people (Fact and Comment, February 15). Needless to say, I hope I can continue to merit such high marks in the months and years ahead.
With warmest regards,
Richard M Nixon
White House,
Washington, DC,
April 15, 1970 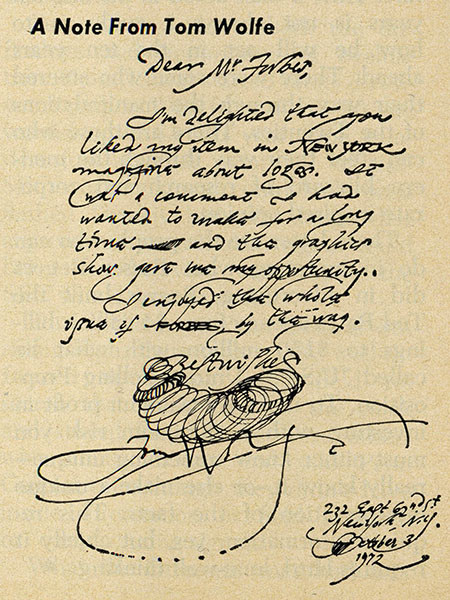 Dear Mr Forbes, I’m delighted that you liked my item in New York magazine about logos. It was a comment I had wanted to make for a long time and the graphics show gave me my opportunity. I enjoyed the whole issue of Forbes by the way.
Best wishes,
Tom Wolfe
New York, New York, 1972

Sir: Every time I receive a copy of Forbes, I say I am going to write and tell you what a great magazine it is. But each and every one seems to be a standout—so I don’t  write. Today I am writing, however, ’cause I am delighted you are going in for a “New Investment Section”. Your piece on surgery for social security was a gasser. It’s high time somebody said it in plain English—loud and clear.
Ann Landers,
Chicago, Illinois,
March 1, 1976 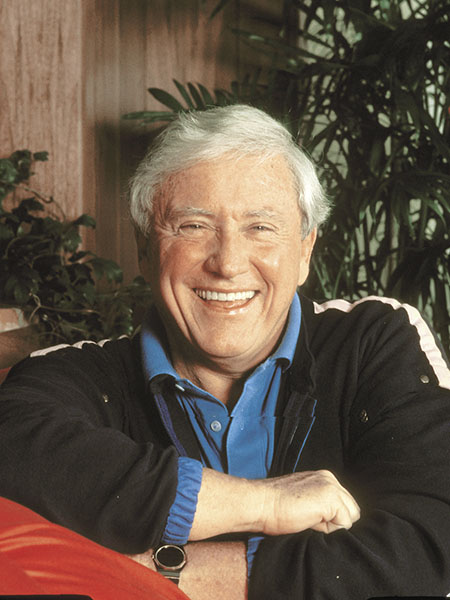 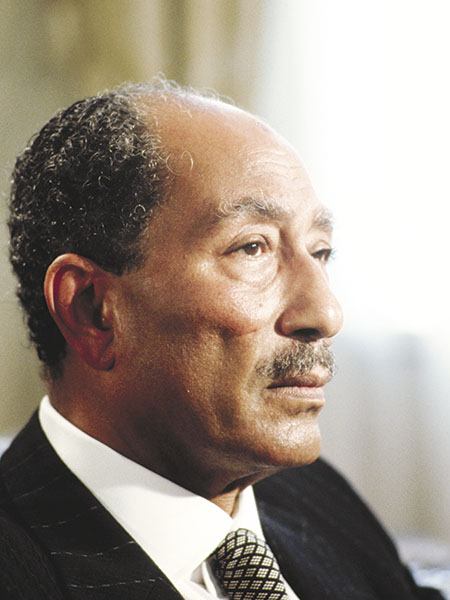 Sir: While reading with concentration your great article entitled “If Islam Had Saints, Sadat Would Be Foremost” (Fact and Comment, January 21), I could perceive what a courageous writer you are, for your bold comments and full understanding of world events. Your assessment of the tensions that occur in some Islamic countries and the dangers surrounding them can throw light on the true situations affecting our world today.
Mohamed Anwar El Sadat
President, Arab Republic of Egypt, Cairo, Egypt,
April 28, 1980 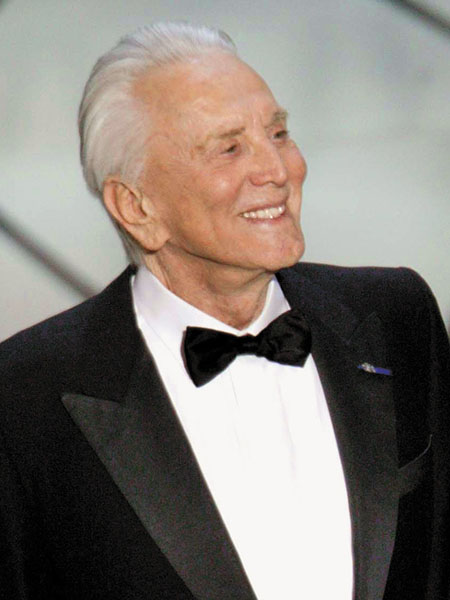 Sir: My dream was to be mentioned in your magazine when it came out with the list of the richest people in the world. Instead, I am in Forbes (Fact and Comment, August 25) as a Senior Citizens’ Pinup Boy. Who knows? Perhaps that is a better way to be mentioned.
Kirk Douglas
Beverly Hills, California,
October 20, 1986

Forbes, I appreciate the kind words in the article, but, judging by the picture mod[ification]s, it looks like your Photoshop bill was very high.
Elon Musk
August 22, 2015