Miscarriage of justice at the workplace

A manager-subordinate unit is the basic element which pieces together organisations, their processes and their outcomes 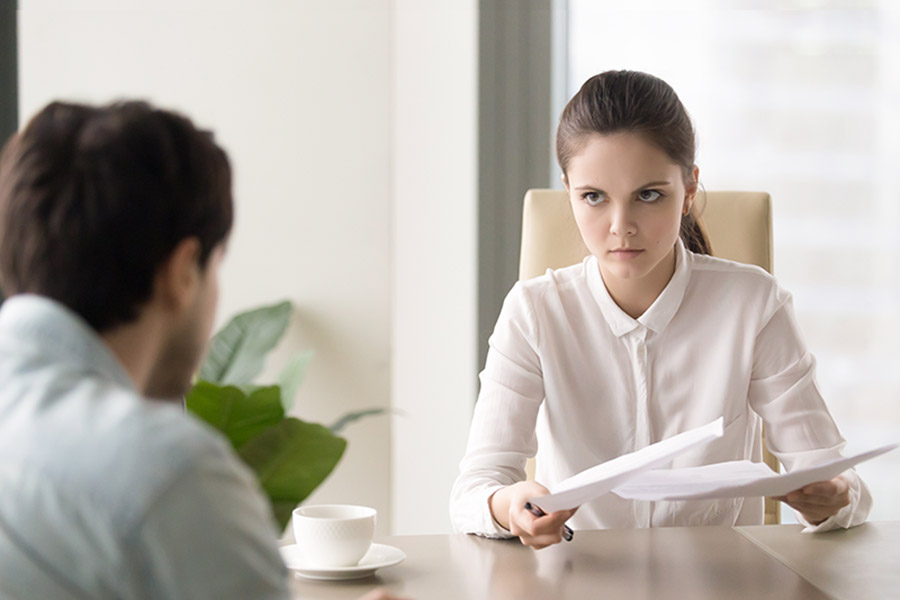 In the last few months, three of my acquaintances quit their jobs after struggling with their managers for more than a year. For them the adage that, “people join organisations, but leave managers” personifies their experience.  The underlying principle is that a manager has a profound impact on their subordinates, influencing their careers, performance, job satisfaction and their intention to quit. Managers represent the organisation’s values, systems and policies and therefore when there is a conflict with the manager, the employee is put in a precarious situation.

Arun* was a high-performing employee who moved to a different team through an internal transfer. From the first month, Arun and his manager did not get along. The manager was threatened by Arun’s past success and wanted him out of the team immediately.

Dina* impressed the CEO of a large organisation and was immediately hired. She was supposed to report to the Divisional head. The fact that the divisional head was not involved in her hiring, created a hostile atmosphere for her. Even though on records he was the manager, he refused to “manage” this Dina.

In the third scenario, John and his manager started off well with a huge burden of work being shouldered by John. As long as John was performing without any intervention and with minimal support, the relationship was harmonious. The moment John faltered, the manager blamed him and refused to take any responsibility for the blunders.

A manager-subordinate unit is the basic element which pieces together organisations, their processes and their outcomes. Managers simulate the principal in a principal-agent equation and they act on behalf of the organisation. It is imperative to understand that this relationship embodies mutual dependency, nevertheless there is no denying that there is an unequal distribution of power. The downward influence on the manager is stronger than the upward influence of the subordinate. By design, managers “guide” the subordinates to deliver results and the subordinate is dependent on the manager for their immediate work which cumulatively impacts their career in the long term as well.   If there is any dissension in this basic unit, the probability of a higher degree of distress for the subordinate is high. In addition to that if a manager’s thought-process is being questioned, the prior decision taken by the organisation to put these managers in a position of authority is being undermined. This would suggest that most organisations would concur with the manager rather than the subordinate.

Arun’s manager intimidated by him gave him work that wasn’t aligned with the role and Arun did not have the skills to attempt these tasks. Arun would repeatedly complain about the work being delegated to him, however, no attempt was made to either upskill him or to move him to another project. Unable to give his best, Arun was on a metaphorical glass cliff.

Dina on the other hand was given no work. She drifted from one day to the other without a formal role. Her proximity to the CEO didn’t help and though, she was eventually made a part of several critical projects, her responsibility in those assignments was not explicitly stated. Dina felt empty and bored and lost interest in coming to work.

John was struggling with the expanse of work being given to him, with his feet in too many projects he kept faltering due to lack of resources and support. He had reached a point where multiple stakeholders had started doubting his capability and performance.

Within a year these high-achievers were at the bottom of the ranks in their teams; with poor ratings on their appraisals they were forced to be on performance improvement plans. A performance improvement plan is a signal from the organisation to either improve or to move out of the organisation.  Given their current situation none of them was provided with avenues to demonstrate their capabilities or given work that would complement their skills. All three of them went to the higher authorities and lodged complaints with their HR function. In the light of the manager’s testimony of their non-performance their grievances were disregarded.  Consequently, they all quit their jobs before the organisation could terminate their services. What is surprising is that all the three organisations are on the list of the best places to work for.

In the above scenarios the managers used their position in the hierarchy to propagate their view of the employee to the organisational custodians. In addition to the circadian harassment, these employees also went through a lot of stress emanating from the impact on their engagement levels and eventually their careers. Despite the strong processes and systems built by HR, there could be numerous such cases where asymmetrical power distribution would allow managers to escape the consequences of their base actions. These cases might highlight hidden organisational injustice for these three individuals but at the organisational level, they are potential hazards.

To avert such breaches of organisational values, the HR function ought to incorporate and institutionalise the following:
a)    Employee Satisfaction surveys need to have a stipulated section on feedback for managers. This section should not only be aggregated at the team level, but should be also analysed for outliers. The assumption is that in a manager’s coterie that there will be an in-group and an out-group. Employees in the out-group are in a more vulnerable position in terms of being targets for organisational injustice. It is therefore imperative to have systemic mechanisms that underline all data points.
b)    Exit interviews are a rich source of information, however are mostly discarded as a formality. Rarely does feedback in an exit interview affect existing managers negatively. In addition to that, employees who have been obligated to leave are considered disgruntled and therefore their account is given less importance. Irrespective of the history of the employee, data from exit interviews should be qualitatively analysed to check for patterns that hint at debilitating sub-cultures within the organisation. In addition to that, this data should deliver operational recommendations that can be projected forward towards actions for development for managers.
c)    Attrition data is a bold and clear indicator of the managerial capabilities. Attrition might be impacted by the type of work or the industry, however if there are aberrations in the attrition data for specific managers over a sustained period of time, they shouldn’t be ignored. Most employees who face difficult work situations would rather look for jobs outside than follow the grievance redressal process.
d)    Empower the grievance redressal process and Human Resource Function in the organisation. There are several cases where the social capital of the erroneous manager has prevented any corrective action being taken despite repeated complaints. Additionally, if the manager is a high-performer and the injustice meted out cannot be tangibly ascertained, HR is reluctant to prosecute the manager and would rather sacrifice the employee. Such a stance further dilutes the credibility of the grievance redressal body.

Lastly, leaders in the organisation should keep their ears to the ground and ensure that fiefdoms where managers use their authority decadently are prevented. Most victims of organisational injustice communicate their ordeal to the top echelons of leadership in the organisation as their last resort. Leaders due to paucity of time usually deputise the reconnaissance back to HR or to the defenders of those fiefdoms, thus perpetuating the wrong that was done to those employees. These complaints rather than being ignored should be used as opportunities by the leadership to understand the precursors that could lead to a large-scale fading of morale of the employee base.

Tweets by @forbesindia
Towards sustainable environmental investment
Forbes @ 100: Thoughts from its readers