Twitter's Privacy Designer Dominic Camozzi's recent tweets allude to a new mechanism that the microblogging platform will work on, that will limit who can and cannot tag you in a tweet 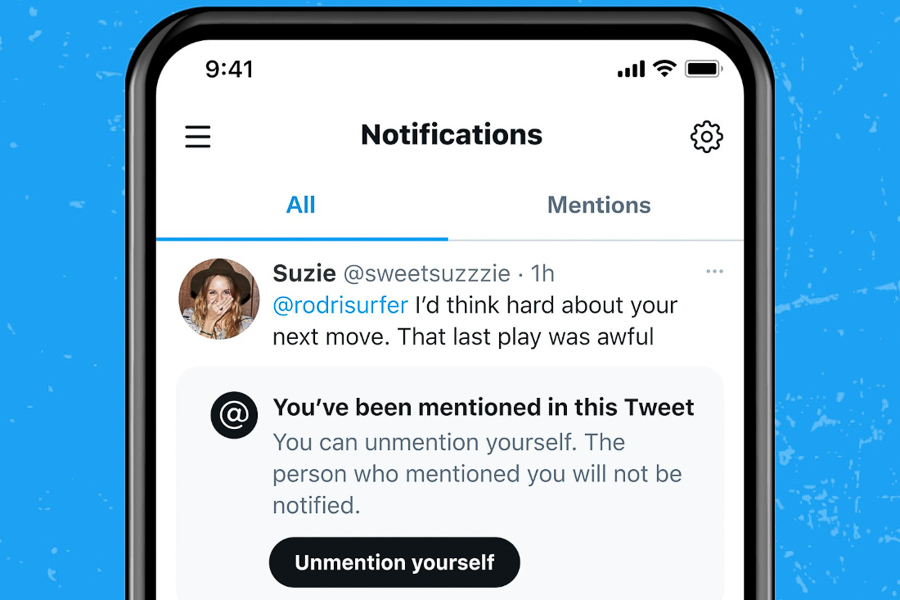 Here's a new development that could help diminish the "Cancel Culture" on Twitter. The social network is currently working on a new parameter to cancel an undesired mention by a user. It could serve as a good way to protect yourself against potential controversy without completely shutting the topic down. We explain how it would work.On Twitter, a single tweet can quickly destroy a reputation, not to mention unleash a spiral of vitriol that sometimes follows. The community platform is constantly introducing innovations to improve its moderation, often criticized, and to offer tools to its users to improve their experience there. The latest project could allow users to remove themselves from a conversation they do not want to be part of. Designer Dominic Camozzi shared the information via his Twitter account and included an early look at this coming feature.  Twitter wants to offer users a way to disable a mention within a tweet, which could prevent some negative interactions and abusive comments and limit the scope of the discussion. A new option, "Unmention yourself from this conversation," will appear in the drop-down menu on the tweet. Once selected, the user's name mentioned will no longer be clickable though it won't be totally removed from the tweet, leaving the message seemingly intact. A quick and simple step after which, users can, if they wish, re-examine their decision; otherwise the author of the tweet will no longer be able to quote them.Users will also be able to remove their mentions directly via their notifications, whether it is a person they follow or not.According to Dominic Camozzi, the platform will offer several ways to manage these unwanted mentions with the possibility to choose who will have the right to tag a user in a tweet. Three choices will be presented to users: allow "everyone" to mention you, allow just "the people you follow" to mention you; or "customize" the group by selecting yourself the people who are allowed to mention you. While controversies on Twitter can quickly fizzle out, this option will offer the possibility to ban all mentions for 1, 3 or 7 consecutive days, which could prove to be enough to defuse a controversy.

Check out these early concepts that could help control unwanted attention on Twitter.

Feedback, especially at this beginning stage, is invited (and wanted)! 🧵 pic.twitter.com/6SpzqiwFlL

While this new feature could indeed improve the user experience of most internet users, it could prove to be more problematic for a celebrity on the platform. Like Chrissy Teigen, under fire after her old tweets resurfaced, stifling this kind of controversy likely wouldn't be of much benefit to stars, lest it becomes even more widespread. While Twitter indicates that the author of the tweet is not notified when a user wants to remove their mention, users will be able to see it for themselves since the username will no longer be clickable. A decision that could then aggravate the situation and further ignite a controversy.