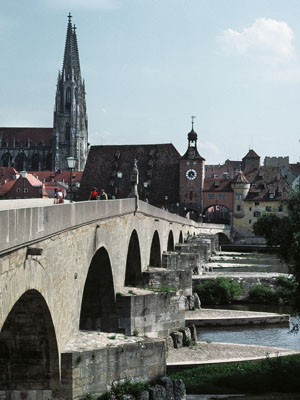 At the confluence of the Regen and the Danube river, Regensburg is a one-and-a-half hour drive north-east of Munich. Most of the city was untouched by World War II, so you get to look at sights that are centuries old.

The city was the northernmost part of the Roman Empire, with about 6,000 legionaires stationed there. To place so many troops that deep into Germany was quite a statement for those days. After the Romans, the city’s next peak was a thousand years later, as part of the Venetian civilisation. The trade up and down the Danube made the merchants of Regensburg very wealthy; in the late 13th century, they built a mini Venice in Regensburg.

Recommendations
I really like the Goliath hotel, with its big mural of David and Goliath. It was built in the first half of the 13th century, and is a world heritage site. You get a great continental breakfast and a fitness centre.
Bavarian food is very bland. The classic thing is weinerschnitzel, big pretzels, and beer. If you are vegetarian: Sauerkraut and potatoes. Boat cruises on the Danube take you to interesting historical sights.

Regensburg’s cultural centre is the old town square, which has nice bakeries and restaurants, and a liveliness about it. 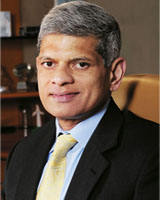 Stories
Every building has interesting stories. For instance, if you had a taller house, you had more power. So there’s a one-room house seven storeys high!

Another: In olden times, they believed a person’s soul is seen not from the front, but from the back. There is this statue that seems to be a friar preaching to the ducks. Go around to the back and you’ll see he is actually a fox in the guise of a priest trying to get close to the ducks.

(This story appears in the 13 August, 2010 issue of Forbes India. To visit our Archives, click here.)

Tweets by @forbesindia
Modern Indian Art: The Birth of a Market
RITES: The Torchbearer for India's Strategic Interests