From entrepreneur to edupreneur 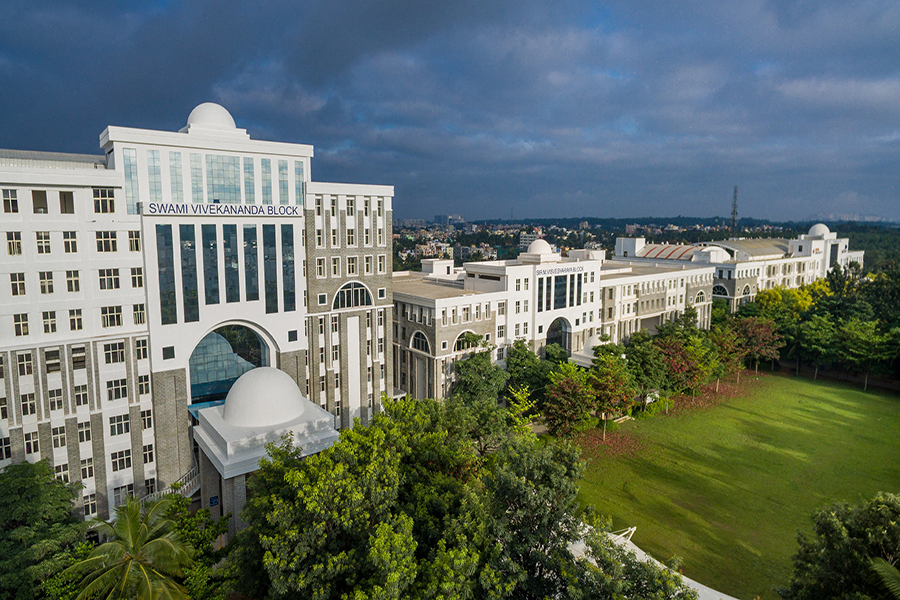 Dr. P. Shyama Raju was once an aspiring young man from a village in Andhra Pradesh who arrived in Bengaluru to establish his architectural brilliance around the city. From being a builder and then the owner of one of the most revolutionising building companies of the world, he has left no stone unturned. He has ensured that history would be made and repeated as he moved on from the role of an entrepreneur to an edupreneur. While his rise in the construction business has been meteoric, his contribution to education has been nothing short of inconceivable brilliance.
Charting the Path
Understanding that infrastructure forms the cultural, economic and social cornerstone of any nation, Dr. Raju started his search for the perfect symbol in stone and bricks early on. His story is that of raw enthusiasm and passion chiseled in experience grown to this stature today. He has been written in the history of Bengaluru’s infrastructural growth, etching a significant name in the cityscape. The buildings, bridges and lakes of Bengaluru are testimony to his contribution through DivyaSree. Established in 1975, DivyaSree has since, seen a rise to power and grown significantly in reputation and associated with avant-garde and uncompromising quality in the country. It was the dream of his late wife, Mrs Rukmini Shyama Raju, that he forayed into the field of education and set up state-of-the art educational institutions. She firmly believed in academics as the forerunner of everything important in life. Dr. P. Shyama Raju honoured her wish and quickly mastered the complex aspects of academic administration. Within a decade’s time, he was conferred with a Doctorate by Visvesvaraya Technological University (VTU), Belagavi. Challenges and risks
For the young P Shyama Raju, the initial days were ﬁlled with struggle. The circumstances were challenging, the resources meagre, and at times, the manpower insufficient. However, he persevered till he reached perfection, guided by his foresight, intuition and creativity. His highly principled, ethical and transparent manner always led those around him to recognize the merit of his views and intent. As his learning and evolution continued, Dr. Raju steadily imbibed the maturity and wisdom of a leader. Adept at building bridges with people and organizations, he forged alliances where it seemed impossible and earned a reputation for meeting challenging deadlines. Always adapting to new, diverse environments with transformation and learning, he continually imbibes new skills and practices as he enters novel avenues. He could have easily succumbed to a life of comfort as an employee of a renowned bank; instead he chose to start his own brand with little support, but the thirst to learn. This risk was the biggest challenge in his life. His dedication and determination made him the name he is today, a choice planted at an opportune time, when young men choose the inevitable. His beginning as an educationist came at a time when he was an already established name in infrastructural development in the country. It shocked many to see him transition so seamlessly into this role. REVA has been at the peak of many educational aspirations seeing them completed and every single day, creating new opportunities for the youth and establishing new benchmarks. Life Lessons
Rising from humble origins and growing through challenges and embracing every opportunity, Dr P Shyama Raju upheld integrity, transparency and honesty. A ﬁrm believer in a hands-on approach, he maintains an instinctive understanding of the tiniest details of every project. Keeping an eye and an ear to the ground even while pursuing a lofty vision, his style is a blend of the micro with the macro. For a man who admits that he was new to the workings of a university when he founded it, he is a respected and much-emulated Chancellor of an apex education institution today. If one walks along the corridors of REVA University, one could often spot the Chancellor chatting with a bunch of eager undergraduates or having a meal with a group of animated students in the cafeteria. At DivyaSree, he is equally at ease with visiting dignitaries, CXO’s and employees. It has been said that ‘To labour is to pray’: Dr. Raju practices this dictum. Being constantly in touch with the ground realities and keeping his precious hours accessible to all, he instills high standards in every endeavor. His strong innovative streak helps him break the mould and pave new paths in every sphere of activity. He says, “The youth and influencing the life of the youth has been my major inspiration. Starting with the younger age group of 18 when I first started REVA; the small but impactful difference I brought in their lives has been my greatest source of inspiration.” Disclaimer: The pages slugged ‘Brand Connect’ are equivalent to paid-for advertisements and are not written and produced by Forbes India journalists.