Amazon's clashes with labour: Days of conflict and control

In recent weeks, a heated discussion about whether Amazon's workers must urinate in bottles because they have no time to go to the bathroom has raged on Twitter 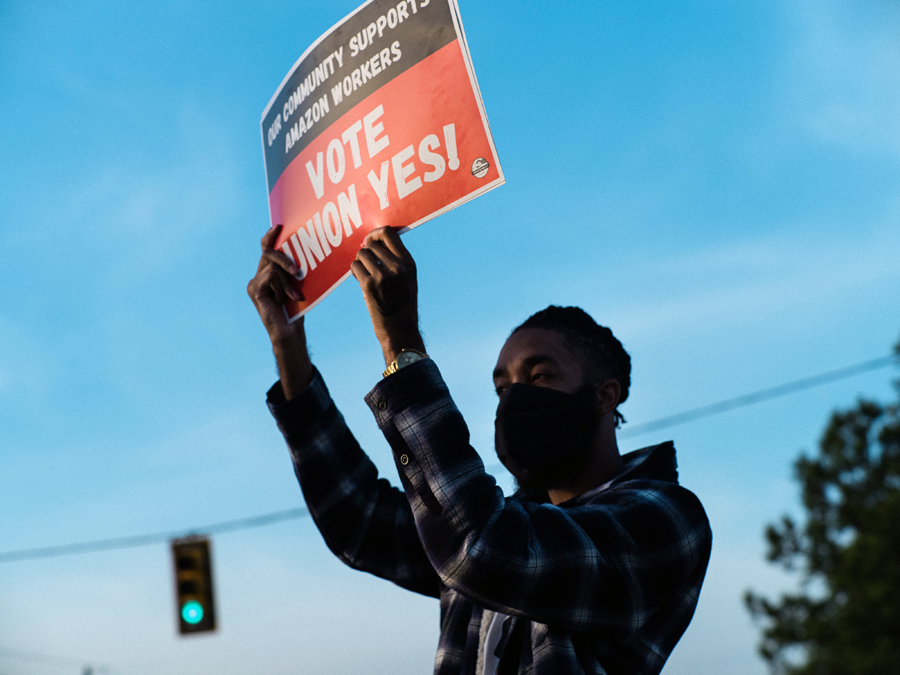 In recent weeks, a heated discussion about whether Amazon's workers must urinate in bottles because they have no time to go to the bathroom has raged on Twitter, and is a sliver of the larger chaos and conflict broiling between the ecommerce giant with its labour force(Bob Miller/The New York Times)

It has been Day 1 at Amazon ever since the company began more than a quarter-century ago. Day 1 is Amazon shorthand for staying hungry, making bold decisions and never forgetting about the customer. This startup mentality — underdogs against the world — has been extremely good for Amazon’s shoppers and shareholders.

Day 1 holds less appeal for some of Amazon’s employees, especially those doing the physical work in the warehouses. A growing number feel the company is pushing them past their limits and risking their health. They would like Amazon to usher in a more benign Day 2.

The clash between the desire for Day 1 and Day 2 has been unfolding in Alabama, where Amazon warehouse workers in the community of Bessemer have voted on whether to form a union. Government labor regulators are getting ready to sort through the votes in the closely watched election. A result may come as soon as this week. If the union gains a foothold, it will be the first in the company’s history.

Attention has been focused on Bessemer, but the struggle between Day 1 and Day 2 is increasingly playing out everywhere in Amazon’s world. At its heart, the conflict is about control. To maintain Day 1, the company needs to lower labor costs and increase productivity, which requires measuring and tweaking every moment of a worker’s existence.

That kind of control is at the heart of the Amazon enterprise. The idea of surrendering it is the company’s greatest horror. Jeff Bezos, Amazon’s founder, wrote in his 2016 shareholder letter: “Day 2 is stasis. Followed by irrelevance. Followed by excruciating, painful decline. Followed by death. And that is why it is always Day 1.”

For many years, Amazon has managed to maintain control and keep Day 1 going by dazzling with delivery and counted on the media, regulators and politicians to ignore everything unpleasant. The few stories about workers rarely got traction.

But it is now the second-largest private employer in the country. There is widespread pro-worker sentiment in the United States and a pro-union president. In Bessemer, many of the pro-union workers are Black, which makes this a civil rights story as well.

So the costs associated with Day 1 are finally coming into view. And it is showing up not only in Alabama, but in the form of lawsuits, restive workers at other warehouses, Congressional oversight, scrutiny from labor regulators and, most noisily, on Twitter.

In recent weeks, a heated discussion about whether Amazon’s workers must urinate in bottles because they have no time to go to the bathroom — a level of control that few modern corporations would dare exercise — has raged on Twitter.

“Amazon is reorganizing the very nature of retail work — something that traditionally is physically undemanding and has a large amount of downtime — into something more akin to a factory, which never lets up,” said Spencer Cox, a former Amazon worker who is writing his doctoral thesis at the University of Minnesota about how the company is transforming labor. “For Amazon, this isn’t about money. This is about control of workers’ bodies and every possible moment of their time.”

Amazon did not have a comment for this story.

Amazon has presented a different opinion of what Day 1 means for workers. The first thing it mentions in its official statement on Bessemer is the starting pay of $15.30 per hour, double the federal minimum wage.

Cox, who worked in an Amazon warehouse in Washington state, said the higher pay has paradoxically fueled the discontent. The pay “is better than working at a gas station, so people naturally want to keep these jobs,” he said. “That’s why they want them to be fair. I saw a lot of depression and anxiety when I worked for Amazon.”

(Cox said he was fired by Amazon in 2018 for organizing. Amazon told him he had violated safety protocol.)

The confrontation between Day 1 and Day 2 has been sharpest over bladders.

Amazon’s social media account fired back: “You don’t really believe the peeing in bottles thing, do you? If that were true, nobody would work for us.”

This isn’t the way corporations usually talk to members of Congress, even on Twitter. On Friday, after days of being pummeled on the issue, Amazon apologized to Pocan, saying: “The tweet was incorrect. It did not contemplate our large driver population and instead wrongly focused only on our fulfillment centers.” Amazon blamed COVID and “traffic,” not its punishing schedules.

Pocan responded on Saturday with a sigh. “This is not about me, this is about your workers — who you don’t treat with enough respect or dignity,” he wrote.

The bathroom question is one on which the company has long been vulnerable. Enforcement files from regulators in Amazon’s home state of Washington indicate that questions about whether the company had an appropriate number of bathrooms in its Seattle headquarters have arisen over the past dozen years.

The company has “insufficient lavatory facilities for male employees” according to a 2012 complaint received by the state’s Department of Labor and Industries. “Employees routinely traverse multiple buildings in search of available facilities.”

A 2014 complaint filed by an Amazon employee to the same department said employees got 12 minutes a day for “bathroom, getting water, personal calls, etc.” outside of normally scheduled breaks. Those who needed further toilet time had to provide a doctor’s note “explaining why the need to void more than usual.”

The complaints went beyond Amazon’s white-collar offices. A warehouse worker told Labor and Industries in 2009 that a manager and a human resources representative had told her that “there would be disciplinary action against me if I continue to use the bathroom on company time” — she meant unscheduled breaks. The employee added that the HR representative told her that “it was not fair to the company that I was getting paid when I’m not working because I’m in the bathroom.”

Amazon did not respond to questions about the enforcement reports. A spokesman for the Department of Labor and Industries declined to comment, except to note that outside of Amazon, “We really don’t get a lot of bathroom-related complaints.”