The White House reached the deal just in time for Biden's eight-day European trip, which is his first opportunity to reassert the United States as a world leader and restore relations that were badly frayed by President Donald Trump 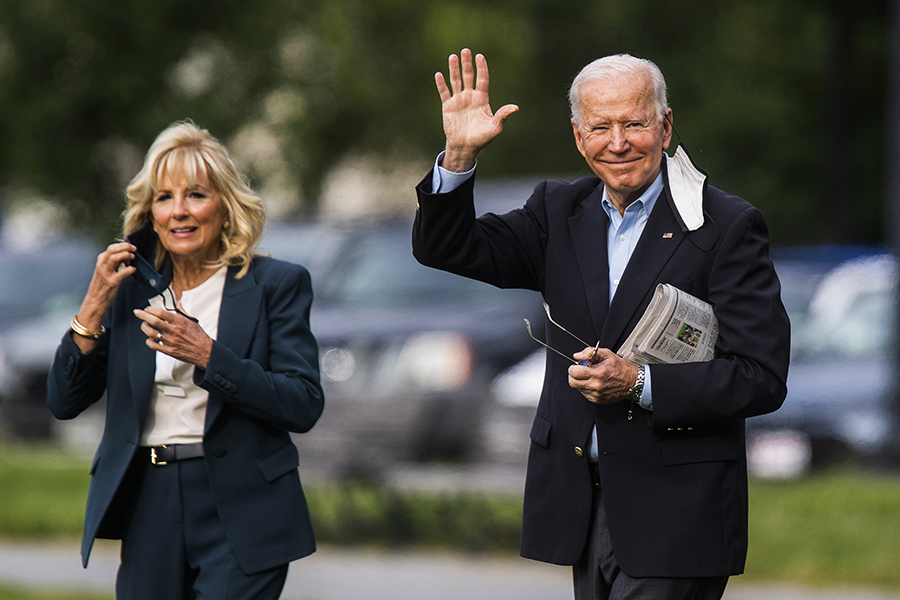 President Joe Biden and first lady Jill Biden walk to Marine One as they depart Washington on Wednesday, June 9, 2021. The White House has reached an agreement with Pfizer and BioNTech to provide 500 million doses of coronavirus vaccine to about 100 countries over the next year, a pact that President Biden plans to announce as early as Thursday, according to multiple people familiar with the plan; Image: Tom Brenner/The New York Times

Tweets by @forbesindia
From Covishield to Novovax: Who will make how many vaccine vials to reach India's 200 crore doses mark
Biden lifts TikTok ban; women learners rise online; and a chat with Shashank Kumar, CEO of agri-tech startup DeHaat