The Fox News decision left the president fuming, and his team complaining. Then he began casting aspersions on other states' vote counts

By Annie Karni and Maggie Haberman 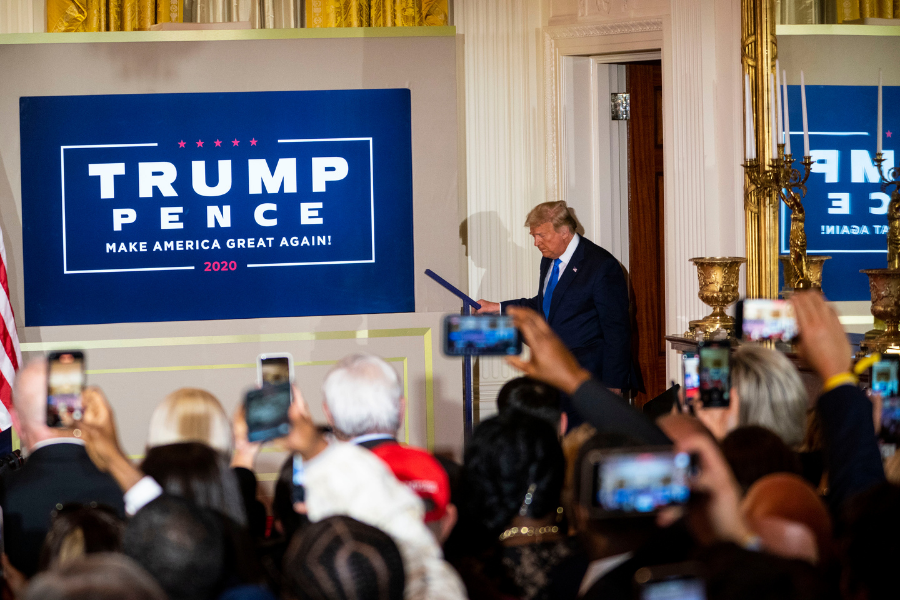 On Wednesday, the president’s family was heavily involved in efforts to question the validity of the vote tallies. Trump had joked at a rally that if he lost, he would never speak to any of his adult children again.

Kushner was making calls, looking for what he described as a “James Baker-like” figure who could lead the legal effort to dispute the tabulations in different states, according to a person briefed on the discussions. (Baker led George W. Bush’s successful recount case in 2000.) The president’s eldest son, Donald Trump Jr., was working out of the campaign headquarters in Virginia. Another son, Eric Trump, whose wife, Lara, has been heavily involved in campaign activities, spoke at a news conference in Philadelphia, alongside former Mayor Rudolph Giuliani. “They’re not letting poll watchers watch the polls,” a visibly angry Eric Trump said, in a baseless attempt to cast doubt on the ballot counting still ongoing in Pennsylvania. Giuliani, the president’s personal lawyer, also made the groundless assertion that the election in Pennsylvania was being stolen. He also floated the idea of a “national lawsuit” about allegations of fraud, but it was not clear what that meant. For all of the president’s superstitions, and his attempts to surround himself with the team that helped lead him to victory four years ago, he found himself in a far weaker position this time. In the final weeks before Election Day, Kushner reassembled a group of people who had been involved in Trump’s first campaign, including the former White House deputy chief of staff, Katie Walsh, to work with Miller and others on the final weeks of spending on television. But by Wednesday, several White House officials and outside advisers said they were hopeful, but not particularly optimistic, that Trump’s legal challenges in several states would be able to change the trajectory of the race. The president himself tweeted a suggestion that “a large number of secretly dumped ballots” had cost him Michigan, a message Twitter quickly labeled misleading.