Does time pressure help or hinder creativity at work?

Professor Teresa Amabile discusses how managers can create the ideal conditions for employee creativity and success based on her research in three industries, seven companies, and 26 creative project teams 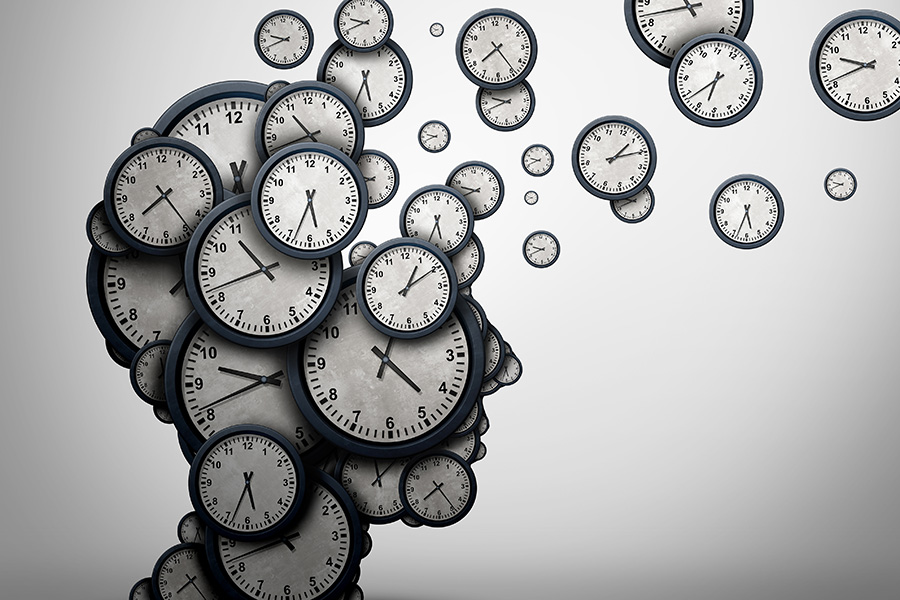 Image: Shutterstock
Brian Kenny: Merriam-Webster Dictionary defines creativity as the use of imagination, inventiveness, or original ideas to create something. Such a simple and straight forward definition belies the fact that creativity is the engine that powers innovation, which is the very life blood of firms large and small in every corner of the world. Thomas Edison, one of the most prolific inventors in US history, held 2,332 patents, yet he was fired from his first two jobs for being unproductive. One can only wonder if he would've succeeded in this day and age of instant gratification where customers are demanding better, faster, and the clock is ticking down to the next release date. Today, we'll hear from Professor Teresa Amabile about her case study entitled, Creativity Under the Gun at Litmus Corporation . I'm your host, Brian Kenny, and you're listening to Cold Call.
Teresa Amabile's research investigates how life inside organizations can influence people and their performance. In so doing, she studies individual creativity, individual productivity, team creativity, and organizational innovation, and all of those things relate directly to the case we're going to talk about. Teresa, thank you for joining me today.

Even though they felt creative, I think they were feeling a lot of adrenaline from being under time pressure, getting a lot done, but what they tended to get done was not their most important work. They tended to get done a lot of stuff that came flying at them, crises that arose, that kind of thing.
Kenny: We're all fielding that stuff every day, there's stuff coming at you that you don’t expect. So, they get caught up in that.
Amabile: Let me tell you the punchline of what we discovered in this research. We found that people were most creative most of the time when they were under low to moderate time pressure. That's when the new ideas came out, that's when the creative solutions to problems came out.
Kenny: Versus like a big team.
Amabile: Exactly. Under low time pressure, if people were in a big team constantly where they didn't have solo time, they actually tended to not be creative under those conditions. So that alone time or working with just one close collaborator seemed to be the key under the low time pressure conditions.
Under high time pressure, as I said, people tended to not be creative. We call this being on a treadmill. They were very fragmented in their days, they were dealing with a lot of things coming at them they didn't expect. They were running. They actually felt like they were doing a lot, and they often were, but they weren't getting anywhere. That's why we call it the treadmill, you don't actually get anywhere. On their most important work. They didn't find a lot of meaning in what they were doing in those days.
I mentioned that one special set of circumstances where high time pressure was associated with high creativity, we call that being on a mission. There were some instances where people were under time pressure, where they absolutely understood the need for the time pressure like a competitor was about to come out with a product just like theirs and they had to get there first, or there was a desperate customer in need, there's a desperate societal need in some cases.
Kenny: This is the proverbial burning platform that you hear about.
Amabile: Exactly. But it's not just the burning platform, Brian, those people have to be protected. They have to be isolated in a way, from all the other stuff that comes up during a work day. They can't be called into meetings that are unrelated to this serious problem that they're trying to address.
If people and companies feel that they have a real deadline, they understand it, they buy into it. They feel great meaning in what they're doing. They understand the importance of what they're doing, and the importance of doing it fast, and if they're protected, or if they can protect themselves so they can focus, they're much more likely to be creative.
Kenny: Those insights answer an important question I think, which is can you structure a workplace to facilitate this kind of creativity under pressure or otherwise?
Amabile: You can. You can't actually manage the creative process itself, but you can certainly manage the conditions for creativity. That's what I encourage my MBA students to do, that's what I encourage managers to do.
Help people understand the meaning of their work, number one. Let them understand the importance of what they're doing, their own individual actions, and how that translates into something that will contribute to a customer need, to a societal need, to something that the company really needs to move forward. Try to give people enough time for projects so that they can explore, so they can do that background research to get the information they need, and then so they can play with it somewhat. That doesn't mean indefinite time frames, but it probably means longer time frames than people are usually given in most companies for most projects.
The other thing is to let people work in a focused manner. Our HBS colleague, Leslie Perlow has done fascinating work on what she calls the time famine in organizations. If co-workers can allow each other some protected time each day to focus on their most important work undistracted, she calls it quiet time, where you're not going to each other for things that you need, or you're not getting in each other's mental space. That can really improve productivity, and I believe based on my research that it will improve creativity as well.
Kenny: I think managers also need to understand that people need time to turn off the email and the other distractions, so all of this, these are great insights. You've discussed this in class with your MBA students?
Amabile: I've taught this case mostly with MBA students, and they look at it from a personal perspective because they have felt the time pressure in their own work. Some of them have been doing creative projects, new product development, some of them, of course, have been starting their own ventures, which requires a tremendous amount of creativity. They find insights for managing their own work, giving themselves enough time and enough space, mental space in a day, in a week, doing that for their teammates, for their colleagues in their companies to be able to do that creative work. It does require collaborative work. I don't want to suggest that people should be alone all the time in order to do creative work. That collaboration, especially with just a small number of people can be enormously stimulating for creativity.
Kenny: Teresa, thank you for joining us today.
Amabile: Brian, it's been a real pleasure. Thank you.

Kenny: You can find the Litmus Corporation case along with thousands of others in the HBS case collection at HBR. org. I'm your host, Brian

Kenny, and you've been listening to Cold Call.