Where did my shopping mall go?

The growing popularity of online shopping is remaking the world of offline shopping-stores are getting smaller, malls are getting scarcer. Rajiv Lal and José Alvarez look ahead five years at our radically transforming shopping experience 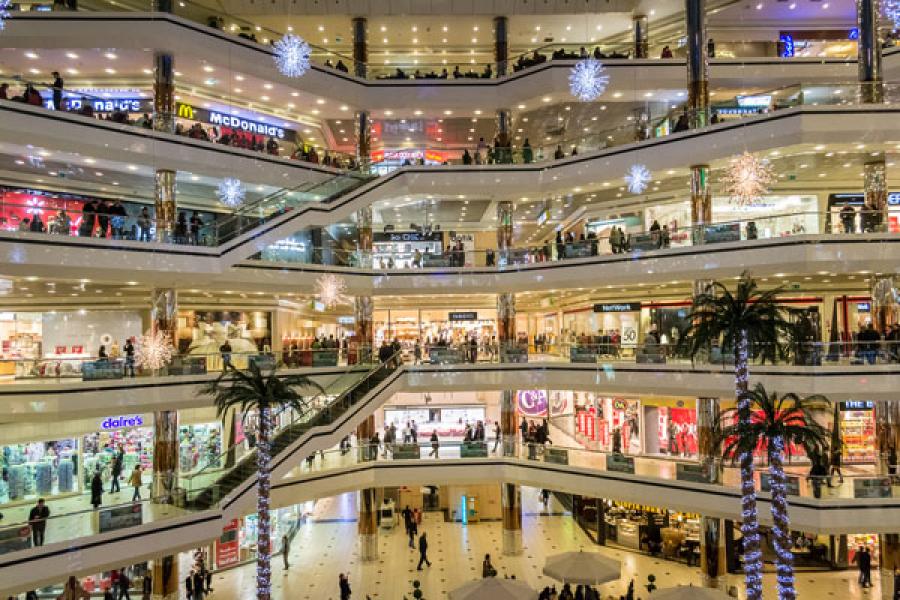 The new book Retail Revolution: Will Your Brick-and-Mortar Store Survive? argues that traditional store-front retailing is at an inflection point, under tremendous pressure from ecommerce and the changing wants and needs of a new generation of shoppers—the millennials.

In the third and final part of our interview with authors Rajiv Lal and José B. Alvarez, they discuss what the future of storefront retailing looks like and how its transformation will also change the economy and society.

Sean Silverthorne: What is happening to the shopping mall? According to mall researcher Green Street Advisors, more than 20 enclosed malls have been shuttered over the last few years with another 60 on the endangered list.

José Alvarez: Ecommerce has significant implications for the current conception of the mall. We are seeing that traffic is down, so cross selling and upselling are down, impulse buying is down, therefore basket size is down—so everybody in the mall is affected by traffic being down. If you have two or three major traffic-driving tenants in trouble, this affects the entire mall. This then creates a domino effect in the entire community in terms of tax base, employment, and blight. For the longest time nobody thought malls would be seriously hurt by ecommerce but now we have enough evidence to believe that the tsunami is actually coming. If you are not careful about thinking through the implications, you will be caught by surprise in many ways.

Q: Are some malls still working well?
Alvarez: Some you see succeeding are experience-based malls, ones that have restaurants, movie theaters, and other sources of entertainment or services. The other place where you are seeing malls thrive is at the high end. The luxury malls, what the industry calls A-class malls, are doing very, very well. It's the B- and C-class malls that are in trouble. These malls are targeting the income-constrained middle- to lower-middle class consumers, and that's really where the problem lies.

Q: We've seen this phenomenon recently where wages are stagnating or declining What are the retail implications of a shrinking or bifurcating middle class?
Alvarez: Traditionally the US economy has prospered on the economic well-being of the middle class. Many of the mass merchants have gone after the middle class, but as income bifurcation happens and the middle class tends to disappear, you don't have the disposable income to take advantage of. In just about any category it is really difficult to go after the middle, so you wind up with this split between the dollar stores and others who provide the low end, and those targeting the high end. Both of those are doing fairly well from a traffic and margin perspective. Ecommerce is making life most difficult for players targeting the middle class.

Q: What are the public policy impacts when such a great driver of the economy as a robust middle class starts to disappear?
Alvarez: Right. What's the impact of all these changes on jobs, tax base, and blight as you lose thousands and thousands of stores around the country? I don't think policymakers fully understand yet what's going to happen, but people are starting to get an inkling. Politicians are visiting malls in their districts and thinking, "What the hell happened here?" There is more and more of that awareness occurring. So policymakers are near an inflection point, too—they are going to have to start thinking about solutions to this problem. Some have suggested taxing ecommerce to blunt its growth, but it is likely too late to change behaviors that have been engrained over the last decade.

Q: One major retailing trend that Retail Revolution points to are that retailers will reduce store count and also reduce the size of those locations as online commerce begins to satisfy more and more demand. What is to become of all this retail space? How do consumers go and "kick the tires" of items they might want to buy?
Alvarez: Over time you might get some very interesting things happening. For example, in electronics, manufacturers need to have Best Buy as a partner. If you are investing a billion dollars on the next Galaxy launch at Samsung, you don't want your R&D to just become a line description on Amazon, maybe fifth or sixth on the list. You want people to touch your product and actually get the brand experience. You could get to a point where stores like Best Buy become just showrooms and fulfillment is done by Amazon because they are much more efficient at it. I could envision a time when some of these retailers become sales arms and showrooms for the brands that really need them to sell their goods.

Rajiv Lal: You could really reimagine a story where there would be manufacturers, showrooms, and fulfillment—Amazon. There would be no transactions in the store and the showrooms would get paid by the manufacturers, by the brands. However, retail then becomes a real estate play, as is true in Japanese department stores.

Alvarez: This isn't something that would happen overnight but you could imagine it as people get more and more comfortable in the online space. I'll go to the store to figure out what I need and it will get delivered to my house tonight, where it will be set up and ready to go.

Lal: Furniture is often sold that way today. It's a showroom where your order is customized and delivered in six weeks.

Q: What retail segments are most vulnerable to ecommerce?
Alvarez: I think changes in consumer behavior are going to make the food space more vulnerable in the next five years. There is going to be enormous change, both because of the way people eat and because new models are starting to come into the equation that will erode the brick-and-mortar business. You see it already. There are a lot of grocery store closures around the country. Supermarkets are moving to much smaller formats, much more prepared foods, and healthy foods, because they are getting hit by many competitive threats that make large stores unprofitable.

And now this thing called ecommerce is going to get much bigger than the current half-percent of the retail grocery market. You see the shakeout happening in London already, where more than 10 percent of sales are online. Five years ago people would have said Tesco was impervious. But now they are in trouble and part of the problem is that ecommerce has become more significant.

Lal: Another thing that has happened in the economy is that the need for convenience has gone up dramatically. Most category-killers were destination stores, but over time people didn't want to spend that much time traveling, so smaller formats closer to your home are becoming the rage for almost every retail sector. Part of that is being driven by Amazon, because they can quickly deliver to your home. It's all relative. When Amazon or Google Express was not there, driving 20 minutes was not that big a deal. Now 20 minutes seems like an unnecessary exercise.