The Underarm Ball That Changed Cricket 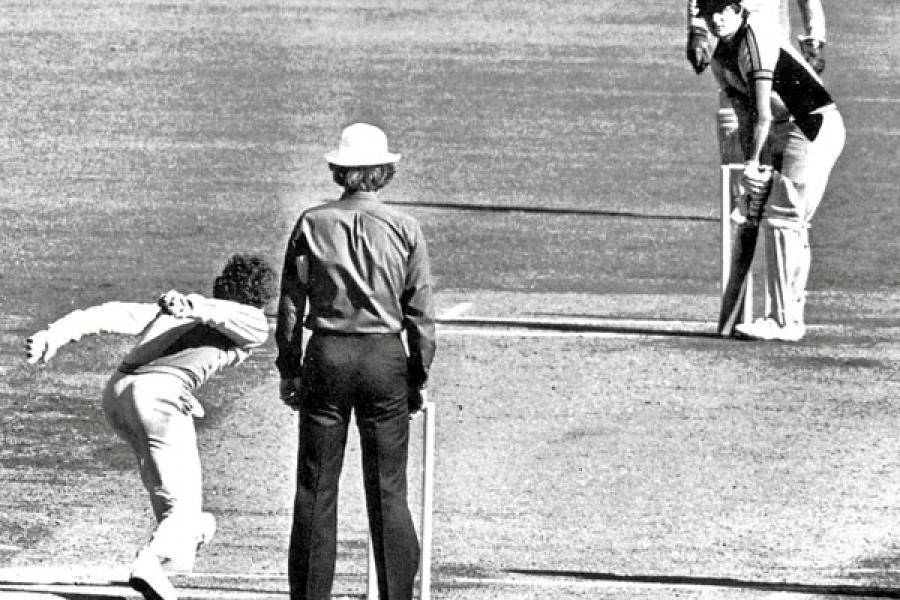 Mention the ‘underarm incident’ and any dedicated cricket follower will know what you are talking about. Greg and Trevor Chappell will, forever, live in infamy as the captain who demanded an underarm delivery to a Number 10 batsman and the bowler who obeyed.

For those unfamiliar with the incident, we take you back 30 years to the Melbourne Cricket Ground on February 1, 1981, where Australia was playing New Zealand in the third one day international of the Benson and Hedges Cup.

New Zealand needed six runs off the last ball to tie the match. Brian McKechnie was facing Trevor Chappell. Aussie skipper Greg Chappell decided that Trevor should bowl an underarm and bury all hopes the Kiwis had of drawing the match. Trevor did. McKechnie dead-batted the ball and, disgusted, threw his bat away.

Although the cricketing fraternity criticised Greg for deviating from the spirit of the game, there was little any one could really do.

Greg had not broken any rule and no action could be taken against him. It was after this Australia-New Zealand series — which Australia went on to win — that underarm deliveries were made illegal.

Given all that has happened to shred the spirit of the game since that summer day in Melbourne, this incident seems trivial.

It is no surprise that the rules governing the game have, reactively, increased in volume and strictness, making men in air conditioned offices — and not on the pitch — guardians of its spirit.

Now, bowlers can bend their arm to a certain extent, players can ask for reviews of umpiring decisions they don’t agree with, captains are docked match fees for slow bowling and penalties are levied for confrontations on the field. Bad behaviour off the field can get a player dropped from the team.

Although the Board of Control for Cricket in India has come to influence the game like no other board, it remains confused when it comes to the spirit of the game. The board flexed its muscle and got umpire Steve Bucknor removed after the 2008 Sydney Test after a lot of umpiring howlers. But the BCCI refuses to adopt the umpire referral system — where players can challenge umpiring decisions — when India is playing. What was all the fuss with Bucknor about if the board does not want to implement a solution?

Rewind to Melbourne, 1981. Ian Chappell, elder brother of Greg and Trevor, was in the commentator’s seat during the match. When he saw what was transpiring on the field, he said aloud, “No Greg, you can’t do that.” Greg, of course, couldn’t hear him. And in the midst of all that followed, two things went unnoticed: Dennis Lillee was outside the field restriction circle (Australia had too many fielders outside the inner circle) and the umpire should have called a no-ball; and Kiwi non-striker Bruce Edgar was not out on 102. Edgar will probably never forget the game, for that one ugly incident stole the thunder from his fine century.