How Durex broke into the Chinese market using social media 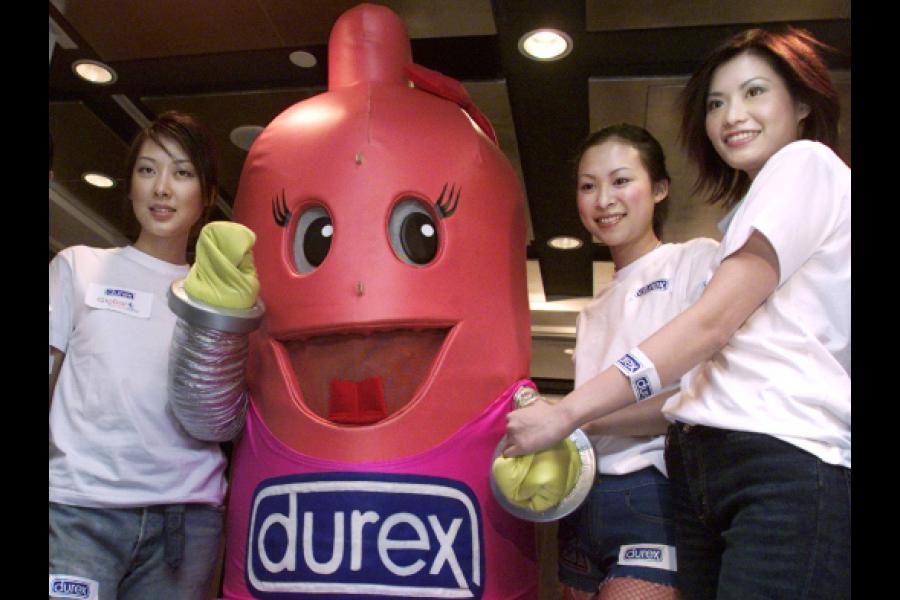 Selling condoms in China is difficult. Just ask Reckitt Benckiser (RB), which in 2010 acquired Durex, seller of more than a quarter of the world's condoms. Durex already held a 30% market share in China, but the market was small, as only one in 10 sexually active Chinese used condoms.

RB set out to grow Durex sales, but quickly realized its usual strategy was not going to work in China. The company could not get premium pricing for its condoms, as counterfeit knockoffs flooded the market. Neither could it get consumer attention — advertising was too expensive. High distribution costs made it impossible to sell the product outside the largest cities.

Realizing that it would not succeed, RB abandoned its approach and went for an all-social and all-digital strategy overhaul. Within three years, sales jumped threefold as prices went up, the overall market for condoms grew, and the company's market share soared to 45%. Other companies can learn from RB's experience, as the competitive Chinese business environment makes it difficult for any foreign firm to succeed.

Take TV advertising, for example. It is very expensive, as there are more than 3,000 different terrestrial, cable and satellite TV channels in China, so it takes a lot of money to reach the target audience scattered across so many outlets. To put it starkly, a message broadcast to only 5% of Shanghai's population costs the same as the same message broadcast to 5% of the population of India.

Distribution is also expensive, as China's retail largely relies on mom-and-pop stores. The top five retailers represent only a small fraction of overall sales, and even they run distribution largely on a store-by-store basis.

What is unique, however, is how RB tackled all of these problems. It went for a radical strategy makeover, which relied on leveraging Weibo (Chinese Twitter) to get cheap advertising, engaging key opinion leaders online and partnering with e-commerce platforms to reduce distribution costs.

The decision to leverage Weibo was straightforward. China's more than 600 million internet users spend more time surfing than watching TV. A lot of that time is devoted to Weibo, where users gather news, post links and videos, and buy products directly. So if RB was going to build a market by advertising condoms cheaply, social media was the way to go.

Selling something as intimate as a condom is difficult so RB embraced a light-hearted approach by creating a fictional character called Little Dudu, a cute and animated condom-like character, who dished out entertaining messages, pictures and videos, provided sexual-health information and posted about love and emotional support. Dudu also pushed the advertising envelope in a way that would have made "Mad Men" proud.

When Beijing was struck with torrential downpours in June 2011, for example, Dudu posted a message suggesting how lucky he was to have two Durex condoms in his pocket. He posted photos of people putting condoms over their sneakers to keep them dry. The campaign went viral, and Durex's popularity soared. The humor and cleverness of the posts made them huge hits in China, and by the end of 2013, Durex posts had received 500 million unique hits, all of that at a fraction of the cost of advertising on TV in China.

Using Weibo, Durex also targeted key opinion leaders in China's blogosphere, and brought them into the fold. Some were nationally recognized personalities, while others were Weibo users with large followings. By connecting with these trend-makers, Durex hoped that those connections would be shared among their followers. This crowd-driven effort paid off, as Durex became the brand of choice for affluent Chinese. The company was able to charge $5 for a dozen low-end condoms, and up to $30 for its most popular varieties.

Durex also reconsidered its distribution strategy. The company partnered with the Alibaba Group, which oversees the Chinese equivalents of Amazon, eBay and Groupon, to provide consumers the ability to buy condoms online. Eventually, customers could buy Durex directly through Weibo and WeChat and have the products delivered to them.

What Reckitt did with Durex in China offers a clear-cut template for companies entering China. Steer away from offline advertising and distribution, and go for the all-digital trifecta of social media, digital opinion leaders, and e-commerce distribution.

But there is a much deeper lesson here, and it's about the incentive to change. Durex adopted this radical strategy because it had to. Without it, it would have failed to conquer the second-largest economy in the world. And out of that desperation, it found a strategy that worked, and now the company is rolling it out across the globe.

Many companies experiment around the edges, expand into e-commerce, and add a little bit of social media. But since the rest of their strategy remains unchanged, the results are not that impressive, and digital and social strategies get pushed to the side.

Durex shows that a real act of leadership is to start your strategy from scratch as if all you had at your disposal was Twitter, Facebook, Amazon and eBay and a set of customers on their mobile phones. Durex clearly did that, and beat everything they had done before.

Mikołaj Jan Piskorski, who often goes by the name Misiek, is a Professor of Strategy and Innovation at IMD. He is an expert on why and how people use various online social platforms across the world, and how firms can successfully leverage social platforms to build social strategies. He is the author of "A Social Strategy: How We Profit from Social Media" published by Princeton University Press.