Gold Still Has Some Shine Left In It

The precious metal is in the last stage of a bull market; once global economies get back on track, it will lose its glow 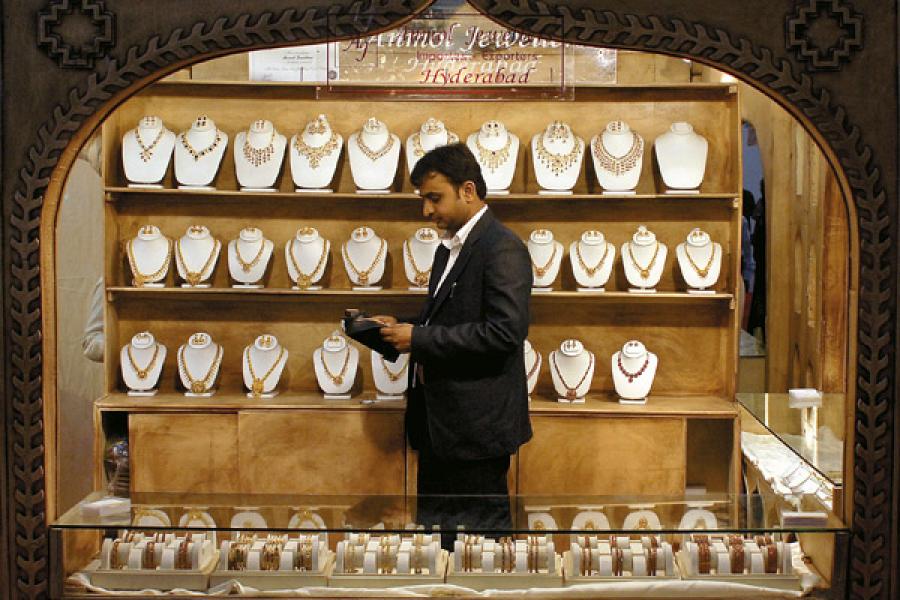 Gold prices have come off a high of $1,900 per troy ounce reached in September 2011. For some time now, prices have been moving in a $200 range between $1,600 and $1,800. Here’s the thought: It is not that gold prices are going up, it is the value of currencies that is going down due to printing of money. When governments get in trouble (as many European governments are), they prefer the route of increased inflation to get out of a crisis, as this route buys them the most time.

Market participants see Germany as the eventual holder of the baton of bad debt from the peripheral euro countries. Now, the Germans have traditionally opposed printing money after their brush with hyper inflation in 1923. But with not many options left with them, they may have to take that route too.

Gold production, on its part, is experiencing supply bottlenecks. China tops the list of biggest producers of gold followed by Australia, the United States, Russia and South Africa. China consumes most of what it produces. Australia is experiencing lower outputs due to the increasing cost of deeper mining. South Africa has seen drop in production levels on account of frequent energy cuts and strikes by workers due to high risk involved in higher depth mining areas.

In India, jewelry demand continues to occupy more than 60 percent of the total demand. Thus, the $1 trillion worth of private gold holdings in India are mostly in the form of jewelry. Hence, these holdings are not in circulation for sale.

A key thing to note is that though gold prices are down more than 20 percent from their all-time highs in dollar terms, in rupee terms they are down by just 7 percent. In the last three months, gold prices in dollar terms have moved down by almost 6 percent. In rupee terms the value of gold is up almost 4 percent. This shows that though we have been busy scrutinising the US Fed’s policies in the last few years, our policies have not been better off anyways. The depreciating rupee is adding to the problems of the government which is already battling high inflation and negative real interest rates.

I believe gold has been in a bull market over the last 12 years and is entering its final mania stage. The last stage of a bull market is generally the most profitable one. Gold currently occupies around 1 percent of total global investment assets, but as gold investing becomes more mainstream, more demand is expected to flow in, making the price movements volatile as well. Gold is a crisis asset and will be rendered useless once economies globally get back on track.

But we are still three to four years away from the end of the bull market. The inflation adjusted gold price of 1980’s $850 close translates to around $3,000 in today’s dollars. With gold prices trading at around $1,600 per troy ounce, we are only halfway through towards touching its all-time highs. As for retail investors, it is wisely advocated by investment professionals that investors hold at least 5-10 percent of their portfolios in physical precious metals with the objective of diversification.

Tweets by @forbes_india
Those Who Are Not Investing In Technology Will Not Survive
Sanjay Dutt: On Firm Ground