In hindsight, Chirayu Amin's decision to entrust his family's pharmaceutical business to sons Pranav and Shaunak, instead of professionals from outside, was just the growth pill Alembic Pharma needed 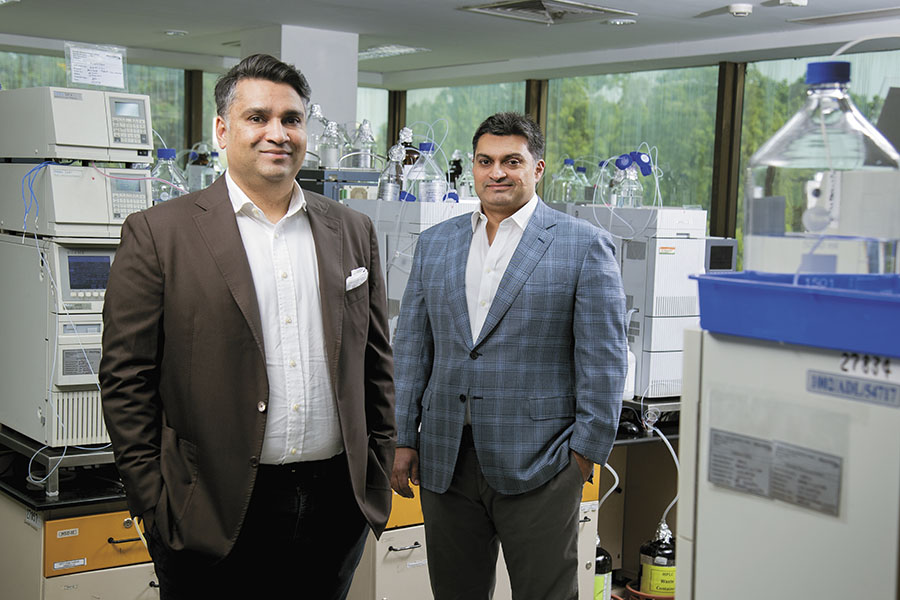 It is common for family businesses in India to bring in professional managers from outside to usher in fresh approaches to growth. Often, the rationale for putting an outsider in the C-suite is to enable dispassionate decision-making and secure the long-term prospects of the business.

But sometimes, these non-promoter leaders don’t deliver, at least not in the eyes of the owners. A recent case in point is the exit of Cyrus Mistry from the Tata Group and the return of Ratan Tata as the interim chairman of Tata Sons, the main holding company of the group.

Though nowhere near as acrimonious as the imbroglio at Tata Sons, Vadodara-based Alembic Group faced a similar predicament in the late ’90s. Important verticals of the group’s flagship Alembic Pharmaceuticals, which were led by professionals from outside the promoter Amin family, couldn’t spur growth at the 109-year-old company, that began by making tinctures and alcohol before diversifying into vitamin pills, penicillin and active pharmaceutical ingredients (APIs, or molecules used as ingredients in manufacturing a drug). 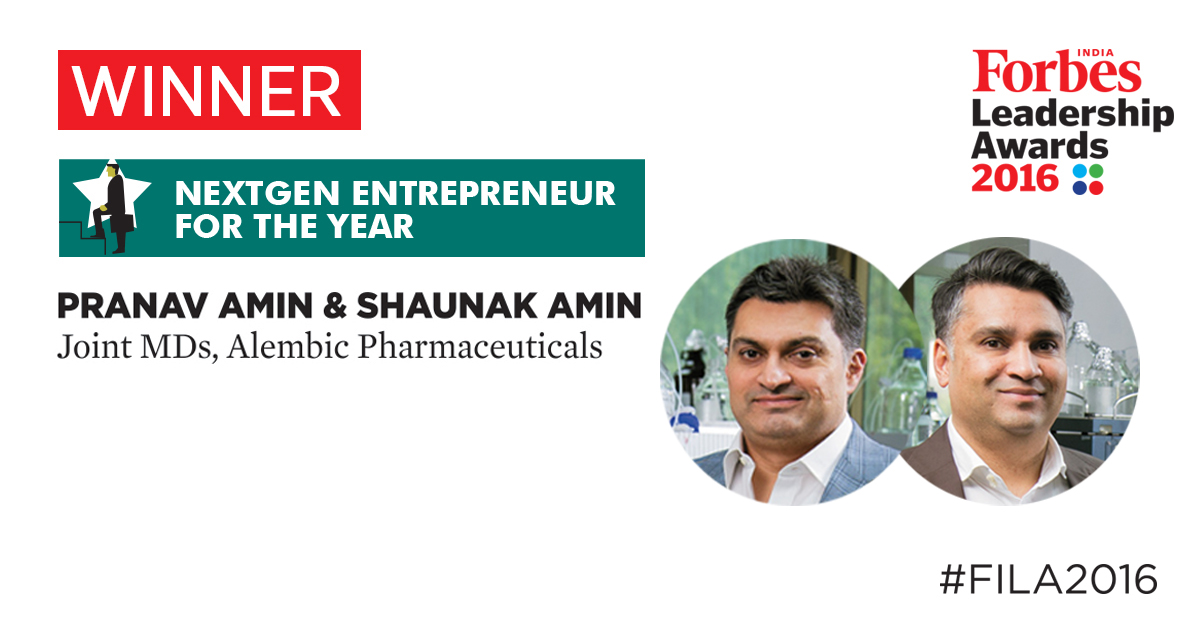 Between 2002-03 and 2005-06, Alembic Ltd (the group company that housed the pharmaceutical business in that period) saw its turnover grow at a snail’s pace of 5.5 percent annually to Rs 666 crore.

The mantle of reviving growth eventually fell on two next generation leaders of the Amin family—chairman and managing director (MD) Chirayu Amin’s sons Pranav and Shaunak, who joined the business in 2003 and took over as joint MDs in 2008-09. 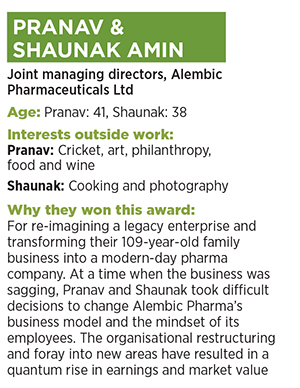 In 2010, the pharma business was carved out of Alembic Ltd, which is still listed on the bourses as an entity that houses the group’s real estate business. The demerger was intended to ring-fence the pharma business from the vagaries of the realty venture and ensure management focus on the health care segment.

While Pranav, 41, takes care of Alembic Pharma’s international operations, based out of the group’s headquarters in Vadodara, Shaunak, 38, has relocated to Mumbai to take charge of the domestic business. (The realty business is led by Amin’s youngest son Udit.)

Challenging the status quo that had crept in at Alembic’s pharma business and reforming existing mindsets was the first hurdle that Pranav and Shaunak encountered after taking over. Was it hard? “Absolutely,” says Shaunak. “It is super hard to come in as a 20-something leader and tell people with years of experience what to do and take a strong position on strategies that weren’t going to have an immediate revenue impact.” But the siblings didn’t have to report to a professional from outside. This gave them the flexibility and authority to sculpt the organisation in a manner they deemed fit, Shaunak admits.

They started taking control of the business at a time when one of the business heads had passed away and another senior leader had retired. “So there was a large enough vacuum for us to fill, and push the organisation forward in the desired direction,” says Shaunak. “When there is a slump in business and you try to bring in changes that appear to work, eventually people buy into your idea.”

With the brothers at the helm of affairs, Alembic Pharma reported a turnover of Rs 3,145 crore in FY16, clocking a compounded annual growth rate (CAGR) of 21 percent since FY12. Operating profit in the same period rose by 46 percent annually to Rs 1,006 crore and net profit grew at a 53 percent CAGR to Rs 719 crore. The Ebitda (earnings before interest, tax, depreciation and amortisation) margin has improved from 15 percent in FY12 to 32 percent in FY16. Alembic Pharma has a 45 percent return on equity and 51.5 percent return on capital employed. Over the last four-and-a-half years, Alembic’s market value has grown 14-fold to touch Rs 12,692 crore (as on October 28, 2016).

This is a far cry from the time they took over. “The commodity API business was going nowhere,” recalls Pranav who holds a degree in economics and industrial management from Carnegie Mellon University and an MBA from the Thunderbird School of Global Management in the US. “We had spurts of growth from time to time, but nothing was sustainable due to the lack of proper systems and processes.”

Shaunak, an economics graduate from the University of Massachusetts, adds: “Luminaries like Sun Pharma, Ranbaxy [which was acquired by Sun Pharma in March 2015], Cipla and Glenmark were doing very well. We asked ourselves, ‘Why can’t we be in the same league?’” Future strategising was restricted to ideas on how to get by the next couple of quarters and no thought was devoted towards long-term product pipeline development, which is essential for the sustainability of a generic drug maker, he says.

“After they [Pranav and Shaunak] developed enough confidence and competency, I thought they should be allowed to run the business as they had energy and new ideas,” explains Amin, 69, who has previously served as president of the Vadodara Cricket Association and interim chairman of the Indian Premier League in 2010.

When Pranav and Shaunak joined, Alembic’s domestic pharma division was mostly manufacturing acute therapy drugs, a market in which it had some well-known brands like Azithral and Althrocin. But acute therapy drugs faced increasing competition and price erosion, and the market was rapidly moving towards chronic therapy drugs and specialty medicines (complex generics prescribed by specialist doctors as opposed to general physicians).

To transform Alembic Pharma’s domestic business, the company acquired Dabur India’s domestic cardiology, gastrointestinal and gynaecology drugs portfolio in 2007 for Rs 170 crore. The acquisition, Alembic Pharma’s only one to date, marked its entry into the specialty and lifestyle drugs vertical, which currently contributes 60 percent of its domestic operations turnover.

RK Baheti, Alembic Pharma’s chief financial officer, says the Dabur acquisition, which happened at “the right price”, was an opportune one for the company since it gave access to a portfolio of drugs that it didn’t have, as well as relationships with key customers. 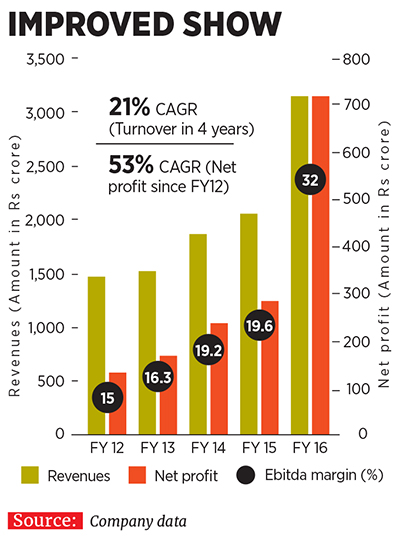 While the building blocks of a larger India business with better earnings potential was being put in place, Alembic Pharma simultaneously focussed on growing its international business, especially in the lucrative US market, the world’s largest for generics.

Alembic Pharma was already making some intermediate APIs for clients in the US when it decided to move up the value chain and make generic formulations as well. It decided to begin by contract manufacturing for other companies and gradually progressed to developing its own Abbreviated New Drug Applications (ANDAs— proposals for new versions of generic drugs), explains Pranav. Because Alembic Pharma didn’t have its own front-end marketing setup in the US, it would licence the ANDAs to other companies for final development.

While Alembic made its first product for the US market in FY08, it established its own front-end marketing setup and started selling drugs under the Alembic label only in 2015. As of June 30, 2016, Alembic Pharma has launched 23 products in the US. The company has filed 76 ANDAs, with 47 approvals in place, and has maintained a good track record of securing approvals from the US Food and Drug Administration for the launch of new products.

Alembic Pharma’s international formulations business grew by 146 percent year-on-year in FY16 to clock sales of Rs 1,461.5 crore, or 46 percent of the overall turnover.

“After setting up its own front-end and getting licences in key states in the US, Alembic has taken back products from partners and started selling them through its own marketing setup,” says analyst Tushar Manudhane of Anand Rathi Share and Stock Brokers Ltd in a research reported dated September 30, 2016.

Along with business growth, Pranav and Shaunak also had their eye on organisational transformation. One of the most important aspects of this was to make the company’s supply chain more robust to gain credibility in the international market regarding Alembic Pharma’s ability to deliver products on time.

Pranav says a lot of pharma companies have faced regulatory restrictions on imports from their facilities into the US over the last two to three years and Alembic Pharma wanted to capture this market. So the company brought in Vinod Kamath, an FMCG industry veteran who spent 15 years at Marico, to manage its supply chain. Compliance and risk management are functions essential for both FMCG as well as pharma companies, since a slip in either can lead to a loss of brand reputation and business, says Kamath, president, operations, at the company.

The metrics for measuring supply chain performance have changed since Kamath came on board in 2014 and adherence to the lead time promised to buyers became paramount, over the earlier criteria of quarterly and monthly production targets. The company also started incentivising its field force of MRs based on their ability to sell products rather than absolute sales clocked. Tighter financial controls were put in place, with malpractices like overbilling by vendors being clamped down upon, says Pranav.

He adds that there was a certain level of “nepotism in management”, where the future growth prospects of employees was dependent on relationships with line managers. The Amin siblings negated this by putting in place a clear and computable performance-and-reward mechanism. 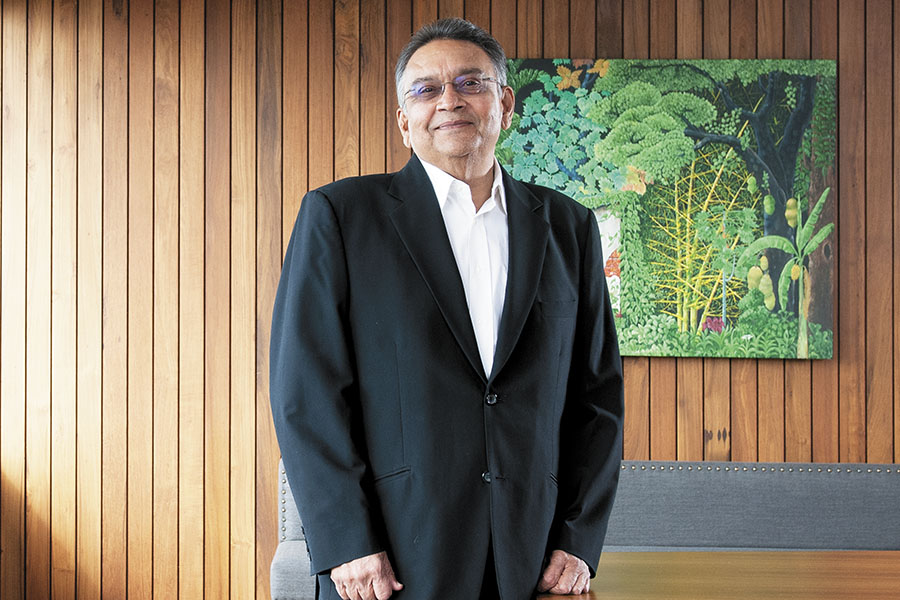 With the basics in place, Alembic Pharma has outlined a capex of Rs 1,000 crore over the next two-and-a-half years, which is the single largest capital expenditure plan undertaken in its history. It is building two new facilities to make injectable drugs, including an oncology drug. Another facility will focus on making oncology drugs in oral dosages; a new unit for dermatological drugs is also coming up.

Shaunak is clear that a quarter-on-quarter approach doesn’t work. A drug maker needs a robust pipeline to take care of at least 10-15 years of growth, he says. And that isn’t possible without research and development (R&D).

Consequently, Alembic Pharma intends to spend Rs 450 crore towards R&D in FY17, 30 percent higher than in FY16. The company has expanded the scope of its R&D activities to as much as 246 projects that were under implementation in 2015-16, a four-fold increase over the preceding year.

“We remain positive on Alembic Pharma on the back of a sharp increase in R&D spend,” says analyst Daljeet S Kohli in a report dated April 28, 2016, by IndiaNivesh Securities Ltd. “Also, Alembic Pharma has used the joint venture strategy to make up for the skills required for new product development in the derma segment as well as reduce the time required to commercialise the same.”

Since the Dabur acquisition, Alembic Pharma has chosen to forge joint ventures with smaller companies, over outright acquisitions, to gain access to technical expertise in new therapeutic areas.

Outside work, both Pranav and Shaunak share their father’s passion for cricket. And by all accounts, their partnership seems set to play a long and successful innings at Alembic Pharma.