The ousted chairman of the Tata group says that the insinuation that he didn't materially contribute to the success of TCS and JLR was unfounded; expresses solidarity with group employees trying to turn around 'hotspots' 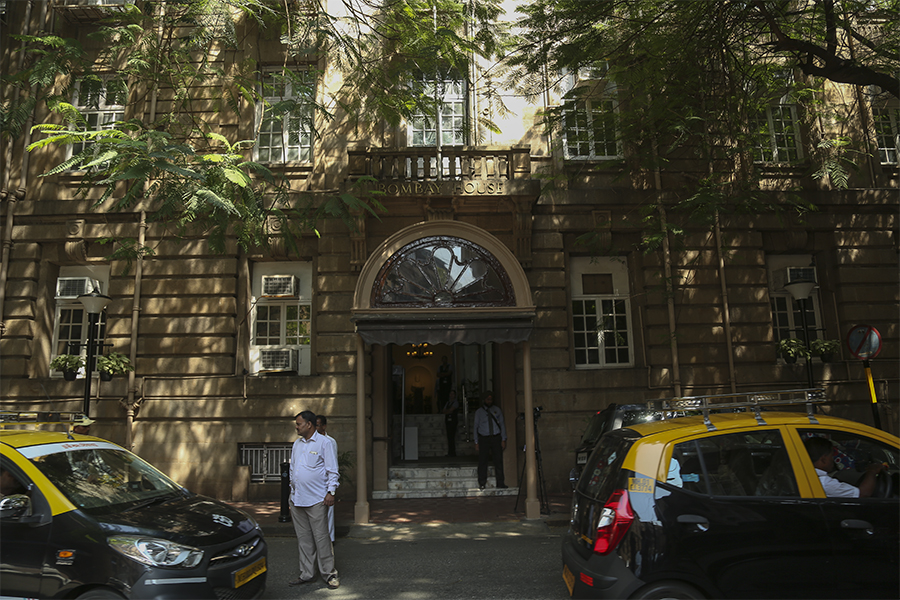 The war of words between the Tata group’s ousted chairman Cyrus Mistry and his predecessor-turned-successor Ratan Tata continued on Tuesday, as Mistry sought to defend the role he played in shaping the future of group companies like Tata Consultancy Services (TCS) and Jaguar Land Rover (JLR).

The $103 billion-conglomerate’s IT arm, TCS, and JLR, the iconic British carmaker that Tata Motors acquired in 2008 have been the best performing assets of the diversified business house and in its nine-page statement issued on November 10, Tata Sons had claimed that Mistry didn’t make any “material contributions” to the success of these companies, and that their stellar performance was a part of the legacy that 78-year-old Tata had left behind after he retired in December 2012.

A statement issued by Mistry’s office on Tuesday stated that TCS and JLR’s performance was a result of the hard work of these companies’ management and employees and not of the Tata Sons chairman alone. Tata Sons is the principal promoter shareholder of group operating companies like TCS and JLR; and the flagship holding company of the group.

“It has always been Mr. Mistry’s belief that the primary credit for the financial and market share success of the group companies rests with the leadership teams, and more importantly, the commitment of the thousands of employees who work tirelessly to drive these results,” the statement said. “While Tata Sons, under the leadership of Mr. Ratan Tata, is busy apportioning credit and blame for the performance of operating companies, Mr. Mistry wishes to place on record his appreciation for the hard work done by the leadership teams of those companies, who in Mr. Tata’s opinion have shown less than stellar performance – the “hotspots”. Full credit must go to the men and women who have tirelessly worked to turn around legacy issues and build a future that we can all be proud of.”

In the corporate tussle that has unfolded at Bombay House, the headquarters of the Tata group, thus far, Mistry has blamed Tata Sons for reducing his position within the group to that of a “lame duck chairman.” This, according to Mistry, made it difficult for him to address multiple challenges faced by, what he termed, the “legacy hotspots” of the group – such as Tata Motors’ passenger cars business, Tata Steel Europe, Indian Hotel Co. Ltd and Tata Power’s Mundra power plant.

Tata Sons, on the other hand, has contended that Mistry in his almost four years as chairman hasn’t done enough to address these challenges.

The statement from Mistry’s office stated that it was inaccurate to conclude that TCS and JLR were running on “auto-pilot” without any contribution from Mistry. With respect to TCS, Mistry credited the company’s founding CEO FC Kohli and current MD and CEO, N Chandrasekaran for providing strong and able leadership to the company.

“In his role as non-executive chairman, Mr. Mistry’s primary involvement with TCS has been focused on future-proofing TCS strategy and helping fortify their relationships at the C Suite level by leveraging the strength of the Tata Group,” the statement said. “Mr. Mistry’s access to senior stakeholders across the world was an enabling platform. Over the last 3 years, Mr. Mistry met at least 60 global CEOs, some along with TCS leadership, to reinforce the capabilities of TCS for organizations to co-innovate in the digital world.”

Similarly, for JLR, Mistry credited the company’s CEO Ralf Speth for his leadership and also commended former vice chairman of Tata Motors Ravi Kant for personally overseeing the successful integration of the company when it was acquired. Simultaneously, the statement extoled the role that Mistry has played at JLR as well. “JLR strategy under Mr. Mistry’s Chairmanship has been to achieve scale as well as minimize currency and supply chain risks by investing in new facilities,” the statement said. “Its lack of scale required it to invest disproportionately compared to the industry in new technologies that will help meet the regulatory requirements and differentiate its products. This has been done without leveraging the balance sheet and retaining adequate liquidity. The result is a stronger company that will reward the shareholders more consistently in the future.”

The statement from Mistry’s office also attacked Ratan Tata, interim chairman of Tata Sons, directly for some of the challenges faced by the conglomerate.

“It is common knowledge that the decision to acquire Corus for over USD 12 billion, when only a year earlier it was available at less than half that price, was based on one man’s ego and against the reservations of some board members and senior executives. The overpayment made it harder to invest in the acquired assets which had been neglected, and thereby, placed many jobs at risk,” the statement said. “Similarly, in November 2003, Mr. Tata, against the advice of many of his own team members, decided to back CDMA as the platform for the group’s telecom business. This “strategic” decision has led to a series of consequences that currently leave the company structurally challenged.”

The statement ended by claiming that Ratan Tata, who helmed the Tata group for over two decades after taking over the reins from JRD Tata, had, in the past, brought a proposal from IBM to buy TCS out for JRD’s consideration, who had declined to discuss the deal. TCS has since emerged as Tata Sons’ largest cash cow, contributing the highest amount of dividend to the holding company.

Here is the full text of the statement from Cyrus Mistry’s office issued on Tuesday, November 22, 2016: