How the Albanian city of Tirana is transforming into 'archipelago-city'

As part of the 'Tirana 2030' master plan, headed up by Italian architect Stefano Boeri, Albania is doubling down on efforts to make its capital a dynamic, competitive city for the future 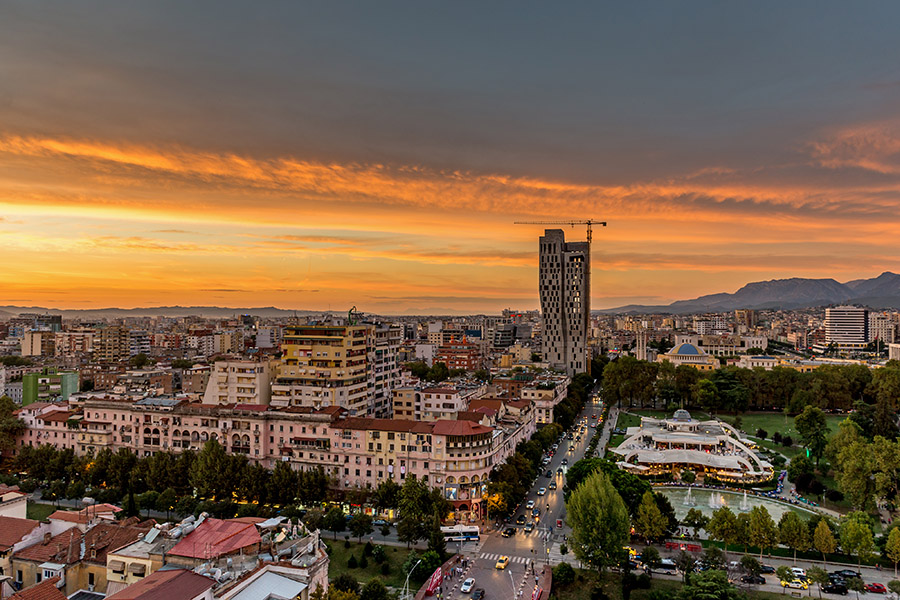 The three schools Tirana, in the Don Bosco, Kodër-Kamëz and Piazza Shqiponja districts, will accommodate around 1,400 pupils during the week

Three new "open schools" have been inaugurated in Tirana's northwestern districts. These facilities are available for use by citizens seven days a week throughout the year in an aim to revitalize the urban districts of the Albanian capital. As part of the "Tirana 2030" master plan, headed up by Italian architect Stefano Boeri, Albania is doubling down on efforts to make its capital a dynamic, competitive city for the future.
On Thursday, December 16, 2021, the city of Tirana inaugurated a new complex of "open schools" in the presence of Albanian Prime Minister Edi Rama, the city's mayor Erion Veliaj and architect Stefano Boeri.
The architectural firm imagined this educational complex as a flexible place, an epicenter of public life, as it is able to accommodate a broader population that goes beyond just students. “A place open to everyone, at all ages, at all hours of the day, every day of the year: a new epicenter within the life of urban districts. This is the concept of the three new schools in Tirana," the architectural studio wrote in a press release.
The three schools in the northwestern part of the city, in the Don Bosco, Kodër-Kamëz and Piazza Shqiponja districts, will accommodate around 1,400 pupils during the week and will enable the city to strengthen its school infrastructure and facilities.
The rest of the time, these sites can be used by the local communities for leisure activities, as meeting places or even as accommodation areas.

"This new open schools project will be able to give Tirana a preview of that vision of an 'archipelago city,' a metropolis consisting of neighborhoods which are self-sufficient in providing services to their inhabitants, something which is today being pursued by many other international capitals," stated Stefano Boeri.
With an area of nearly 30,000 square meters, this project, started in 2018, is an integral part of the urban modernization strategy of the Albanian capital designed to achieve better balance between its spaces. The Albanian urban center and its suburbs currently lack green spaces and flexible spaces.
The Tirana 2030 (TR030) project, led by Stefano Boeri's architectural firm, is part of the ongoing project of urban modernization, particularly through massive investment in infrastructure and public services: 25 new schools in total will make it possible to revitalize various neighborhoods of the metropolis, while urban squares in the center will host cultural services.

Tweets by @forbesindia
Forbes India 2021 Rewind: Our best covers of the year
K-pop and J-pop are boosting the number of students studying Korean and Japanese