Louis Vuitton and the power of the logo 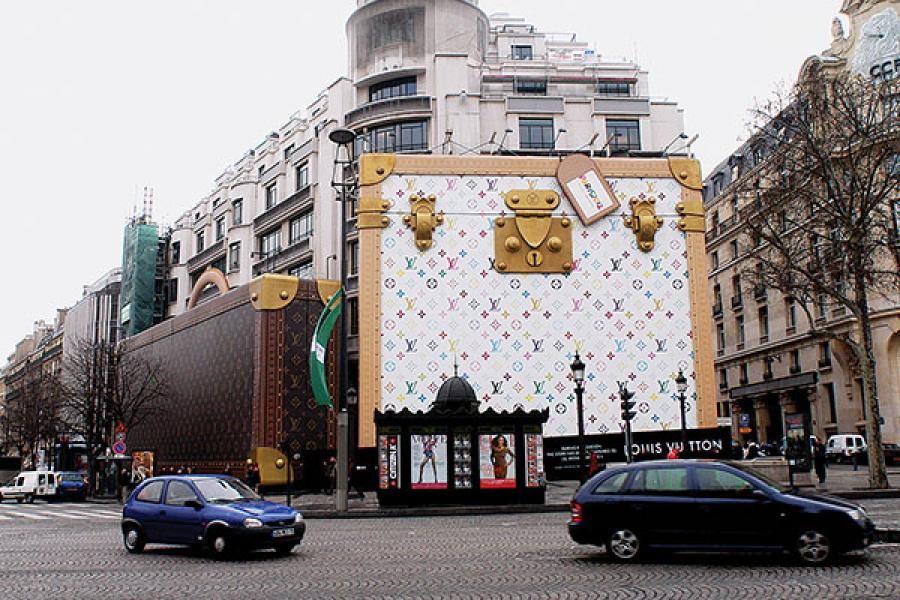 No one understands the power of a logo better than LVMH. When the luxury house decided to bring its eponymous label Louis Vuitton to Mumbai in 2004, it chose a space in the iconic Taj Mahal Palace Hotel at Apollo Bunder. The finest champagne flowed through the day, and to announce its arrival it lit the beautiful, heritage structure of the Gateway of India with the monogram. It was done so subtly and elegantly that no one took umbrage and the brand slipped into the Indian subconscious almost as if it had always been there. Company spokespeople will be quick to remind you that LVMH has an old relationship with the country. Indian royal families used to get custom-made trunks from Paris and London way back in the late 19th century and right up to the mid 20th century.

LV grabbed eyeballs similarly when it planted a giant suitcase outside Bangalore airport in 2008 to announce its arrival. A slightly different approach, but it served to remind those who didn’t know that the brand was all about the voyage. In fact, its roots lay in creating gear that made it possible for 19th century adventurers and explorers to reach their destination in style: The raison d’etre of the brand is in the fact that it was one of the first houses to truly understand that travel will be what makes the world go round.

It is no wonder then that Forbes placed Louis Vuitton as the world’s most valuable luxury brand in November 2014. But the reason for its success lies in more than its larger-than-life brand launches. Louis Vuitton is often the first bag an upwardly mobile woman in Asia will buy. And it will remain her go-to bag. The reason is simple and fairly straightforward. Its hugely identifiable logo immediately places you in a world of aspiration and desire—a world of discernment that can be accessed through a price tag.

Just like travel did away with boundaries, the fact that you could buy social status changed age-old hierarchies. Anyone who understood that knew they stood to gain. LV recognised this early. Founded in 1854, it was only in 1896 that Louis Vuitton’s son Georges created the monogram, in honour of his late father. But it was also to ensure that the copycats could not muscle into its territory. The brand describes the use of the logo as “one of the first exercises in elevated branding and a defining sign of a global culture to come”.

One of my favourite memories of Paris is sitting on a bench on the Champs Élysées, chain-smoking and people watching. Most French hotels refuse to let you check in until 4 pm—and given that flights out of India have you at the Charles de Gaulle airport by 8.30 am, a large part of your day is spent loitering. My fashion director (at Elle India) and I would religiously study luxury house store windows as they are works of art. Their aesthetics are quirky and topical. I remember when Hugo Boss inverted its entire display. It was fabulous to see chairs, desks, a grand piano and its famous suit defy gravity. 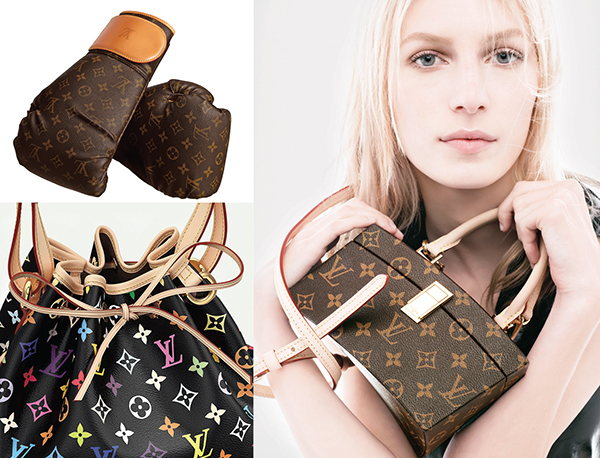 It was also the first time that I saw queues outside a store. Clearly, a visit to the flagship LV store is like a holy pilgrimage for the Chinese. Armed with their wallets, they are perfectly happy to wait for their chance to pay their respects to the monogram. Since imitation is the sincerest form of flattery, the largest number of fake LV bags (it is one of the most counterfeited brands in the world) now come from China.

But the brand is more than just about location, location, location. Its growth chart is peppered with creative associations to give it fresh energy, thereby allowing it to remain both traditional and contemporary. In 1996, LV associated with designers like Azzedine Alaïa, Manolo Blahnik, and Isaac Mizrahi to celebrate the monogram. With the hiring of Marc Jacobs as creative director in 1997, the tie-ups became cheekier and more modern. Think artist Stephen Sprouse and his graffiti on the hallowed monogram. Or Takashi Murakami’s multi-coloured monogram which bordered on bad taste but stayed contained within the realm of quirky and kistchy. A huge hit in Asia (particularly back home), I recall a French style editor sneering at it: She insisted that the same money would be better spent on seeking a shrink. Last year, there were no such complaints when the new creative head, Nicolas Ghesquière, gave the ‘Celebrating Monogram’ project an even more seditious edge by asking ‘iconoclasts’ like Karl Lagerfeld, Frank Gehry and Rei Kawakubo among others to create new lines. The collaborations have thrown up a bag with pebble shaped holes and a punching bag with matching gloves.

What these associations really reinforce is the power of the logo. One of the reasons French luxury brands endure is because they take their heritage very seriously. Louis Vuitton’s museum in Asnieres is where the man himself stayed. It houses never-to-be-seen examples of the brand’s craftmanship like the travel pieces created for modern-day explorers. Similarly, Hermès has a musuem at 24, rue du Faubourg Saint-Honoré—where the store has been located since 1880—that houses the family’s art and objet collections and inspirations. Mademoiselle Chanel’s apartment at 31, rue Cambon is where Karl Lagerfeld goes for inspiration. It is still as she left it.

But popularity comes at a price. Today, LV is being dismissed as a bag for secretaries in China. According to an article carried in Business Insider on February 28, 2015, even though half of the brand’s global sales comes from the region, the challenge is now to hold on to the core luxury customer— even while encouraging the middle class to buy into the brand.

Of course, it would be so much easier if the customer knew when to stop. Look at recent entrant Michael Kors. With great pricing, fabulous colours, it was on all our shopping lists at one time. Now we wouldn’t touch it with a barge pole. The brand has become so popular in Khan Market that it has completely lost its lustre. So much so that a stylist friend of mine insists it should be renamed Michael Kaur.