Once Upon a Time in Venice

When you fall for the scent of a city 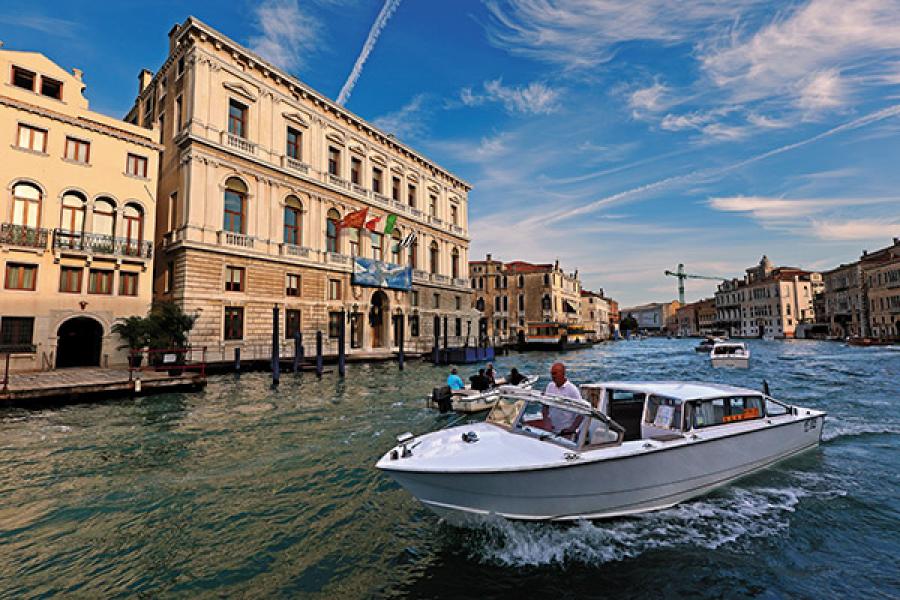 Olfactory memories can only be filed under the category of the unpredictable. They stay in your head longer than you can imagine and when they resurface—always unexpectedly—they make you do the strangest things. Like moving homes because a place reminds you of a memory. The first time I visited Venice, I remember falling in love with the scent of the city. That slightly dank smell you get when the air is always damp and the streets have a certain sense of decay. It’s the same smell I encountered when I landed in Mumbai. It was one of the many reasons that made me leave dry and dusty Delhi. My friends tell me I romanticise the stench of rotting fish and gathering sewage but they are wrong. For me, the air is filled with history, hope and a certain kind of homecoming.

I was 16; it was our last vacation as a family. My father knew there was no way he would get his rebellious daughters together once we went to college, so this holiday came with the tag of compulsory. We stayed at a crumbling old pensione run by a surly Italian nonna. On our first evening, my father allowed my elder sister and me to have our first glass of wine. We wandered through the streets of Venice singing old Frank Sinatra songs rather off key. Giggling and stumbling, we made our way back only to be given a sound dressing down by the proprietor for disturbing peace. The next day, she forgave us and put down on the breakfast table her special bitter marmalade. That moment still lingers in my head.

Venice grabbed my heart again when I read John Berendt’s The City of Falling Angels in 2005. A non-fiction book set in Venice in 1996, post the fire which gutted the historic La Fenice opera house, it details the lives of some of the city’s inhabitants as encountered by the writer. Berendt has an uncanny ability to take you to far-off places with his brilliant prose. And I was only too happy to follow his lead.

When I finally returned in the summer of 2012, it was, again, a sort of homecoming. But little did I know that the trip would be a game-changer, that I would be taking away stories that would last me a lifetime. Let me start with a disclaimer: I am not a cinema enthusiast; I will always prefer a book. But a chance to be at the 69th Venice International Film Festival seemed too good to pass up—especially when Gucci was hosting the premiere of the restored print of the classic film Il Caso Mattei (The Mattei Affair) as well as its second annual award to ‘Women in Cinema’. (The Venice Film Festival, founded in 1932, is the oldest international film festival in the world.)

Venice has the ability to make you feel like a star in the movie of your own life. If you are a guest of the Italian luxury brand, you find yourself being whisked around in these beautiful wooden boats that are rather modestly described as water taxis. Delicious men in black suits help you ascend and descend as you walk down to the Lido’s Sala Grande. Everything is so organised, so mannerly that you are really not prepared for the scale and raw depth of the film. 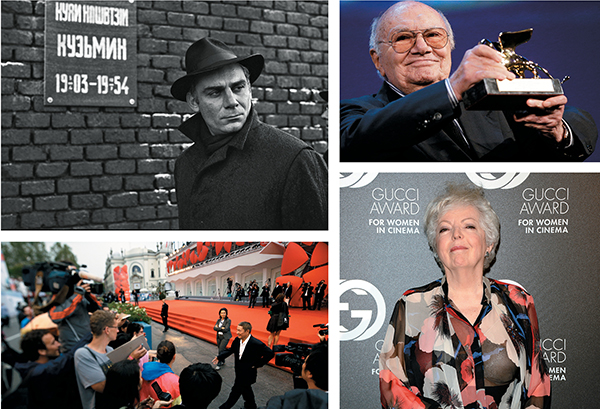 Il Caso Mattei is described by film academic Lawrence Webb in the Directory of World Cinema: Italy as a “hybrid of documentary and fiction, representing Francesco Rosi’s concept of cine-inchieste (film investigation)”.  A brilliant political thriller, it is based on ENI founder Enrico Mattei’s life and untimely death. The headstrong, ambitious and charismatic Mattei helmed the state-owned oil company, which was held responsible for Italy’s post-war resurgence. His unorthodox approach earned him many enemies and when his plane crashed in 1962, it was believed that his political rivals had a hand in it. However, the official cause of his death was laid at the door of intemperate weather conditions.

Winner of the Palme d’Or at the 1972 Cannes Film Festival (the film shared the prize with Elio Petri’s La Classe Operaia va in Paradiso, or The Working Class Goes to Heaven), this black-and-white film is packed with powerful imagery and continues to be relevant today, in a world dominated by power politics. Martin Scorsese has long championed Il Caso Mattei and this was Gucci’s eighth project in partnership with The Film Foundation since 2006. To date, the fashion house has donated over $2 million towards the restoration of eight historic film titles, including A Woman Under The Influence (1974, John Cassavetes), La Dolce Vita (1960, Federico Fellini) and Once Upon A Time In America (1984, Sergio Leone). The most recent was Rebel Without A Cause (1995, Nicholas Ray).

When the end credits started to roll, I found my eyes were wet. The lead actor Gian Maria Volonté was compelling as the enigmatic protagonist. And then magic happened. Francesco Rosi was invited on stage to receive the Golden Lion for Lifetime Achievement. For 15 minutes, all you could hear was thunderous applause. As he accepted the award, I saw the most amazing transformation. The 90-year-old that stood in front of us—on the 40th anniversary of this cult film —turned into a young filmmaker again. Here was a man who didn’t set out to make history; he just wanted to effect change. But his legacy was of a man who achieved both because he had the courage of conviction. It was a moment that will always stay with me.

Later that evening, we walked from the Bauer Palladio—a 16th century convent designed by the Renaissance architect Andrea Palladio on the Giudecca Island that had been converted into a beautiful residence—to Hotel Cipriani. After a passionate and articulate speech by Salma Hayek, film editor Thelma Schoonmaker was awarded the second Gucci Women in Cinema Award for Hugo.
As I boarded my water taxi to leave the next morning, I refused to look behind or wave goodbye. We fall in love with cities for the stories they hold for us. The possibilities they lay out. The sinking city of Venice contains my chapter and verse of beautiful memories.

Tweets by @forbesindia
A night-time tour through the secrets of Grič
Vijay Govindarajan: We need big, bold ideas