This is a make-or-break budget for India. Game-changing innovations to boost the economy are the need of the hour 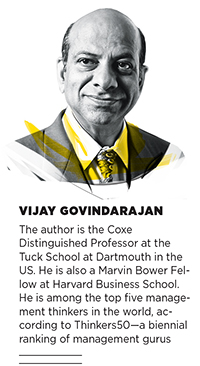 India’s relatively young economic history can be split into three phases. During Phase I, the period from our Independence to 1991, businesses made a lot of profit, that is, as long as they had the required licences. Efficiency did not matter, and companies weren’t expected to know how to spell ‘competition’.

Everything changed with liberalisation in the early 1990s. It marked the beginning of Phase II, which, over the last two decades, has seen India grow as businesses became more efficient. There was so much inefficiency in the system that simply shedding it made the economy healthy.

Game-changing innovation will be the key to unlocking India’s future as we go forward into Phase III. The idea of game-changing innovation came to me while I was watching a Rajinikanth movie: In the climax, the villain ties the actor and kidnaps the heroine in a Mercedes-Benz. The police give chase in a van. The police van plays by the same rules as the Mercedes, but at a slower speed, and the gap between the two vehicles widens. Meanwhile, Rajinikanth manages to untie himself, but he knows that he cannot play by the same rules as the car as he has already lost 10 minutes. He jumps on to a horse. It is a good move because the horse can manoeuvre its way through narrow alleys and even climb a mountain, which the Mercedes (and the police van) cannot do. It’s only a matter of time before Rajinikanth overtakes the car and rescues the heroine. That is thinking out of the box.

For India to become great over the next few decades, we need to think differently. So far, we have been chasing the Mercedes with a police van. That may have worked till now because of the inefficiency in the system. But we need to adopt a different approach. The budget will be a good litmus test to see if we understand the seriousness behind adopting a different approach. 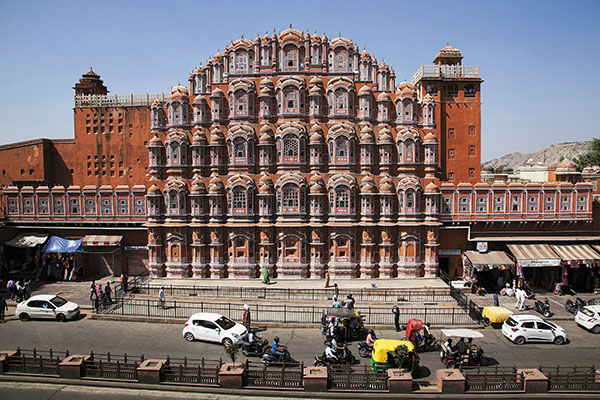 Image: Getty Images
Everything changed in India with liberalisation in the early 1990s. Businesses became more efficient and India became synonymous with growth

The average age in India is about 25 years, and the population is going to age. We have a small window of opportunity to kick-start economic growth and take advantage of the demographic dividend. We do not have a rule book to follow. There are no countries that we can ape. We need to invent our own solutions and come up with breakthrough ideas and innovations to propel us forward.

There are factors acting in our favour: The only brick that is left in Brics is India. Brazil and China are slowing down, and the less said about Russia, the better. India is an attractive proposition for American companies looking to invest. Further, the drop in oil prices has put us in a good spot, allowing the government to cut down the budgetary deficit. Monsoon has been reasonably good, too. One can call this luck, but we should take advantage of this and move forward.

And Prime Minister Narendra Modi has done a phenomenal job in cultivating international relations. He has spent a lot of time visiting the US, Japan and many other countries. If India is to unlock its potential, we need foreign investment—dollars, technology and capabilities. Over the last 10 years, we had a lot of false starts, and people had started to lose hope. Modi has set the right tone, and has been successful in changing perceptions. Some of the CEOs who had met Modi in the US told me that he is “great, and we can do business in India”.

Investors like the direction he has taken, and are now waiting for him to show results. It is in this context that I call it a make- or-break budget for India. We need to now show non-incremental moves. I am not saying we should solve all the problems in this one budget. But people are looking for a few big, bold ideas. 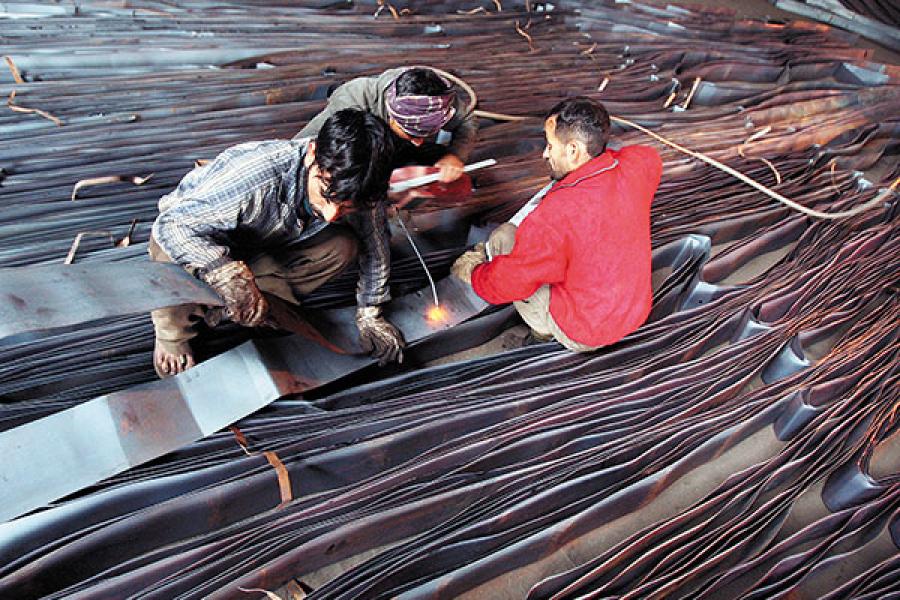 Image: Mukesh Gupta / Reuters
‘Make in India’ will not happen unless local demand is created


There are three areas that need immediate action. First, the policy framework: Can we make it easy for entrepreneurs to start a business? Can we make our tax system simple? Can we modernise our archaic labour laws? Can we develop more effective ways to enforce laws, including streamlining the process for land acquisition? Can we make our policies consistent, and government more transparent?

Second, public spending: Ultimately “Make in India” will not happen unless local demand is created. The Chinese model of “Made in China” is not the way forward. That model was based on an export-oriented strategy. I don’t think India can sell that story. The Indian model should be rooted in domestic demand with the surplus being exported.

India has a rare opportunity to create that demand because we have scale—a population of 1.2 billion people. The government must strategically increase spending in areas that can generate demand. The Reserve Bank of India’s move to cut interest rates stimulates consumption and is a step in the right direction.

Once demand is created, we need to figure out who will make it. There has been some controversy between India and the US when it came to “Make in India” stipulations. I don’t think we should insist that American companies manufacture products locally, instead of exporting them into India. Instead, our focus should be to create massive local demand. If you simplify policies to start a business, and create huge demand, multinationals will manufacture in India to save on labour and transportation costs. We can create massive employment opportunities this way.

The third area that the budget should focus on is providing incentives for breakthrough innovation targeted at solving complex social problems. I always say that India is not one, but three countries.

India No 1 resides in tier I cities; there are about 12 of them. People in this India are affluent with a per capita income that is five times the national average, say $30 a day. They can afford to buy all the products that are being made by multinationals for rich-world customers.

The inhabitants of India No 2 live in tier II and tier III cities as well as small towns with a per capita income that is in line with the national average of about $5 a day. There are plenty of non-consumers in this category.

Then there is India No 3 comprising residents of 6,00,000 villages where the per capita income is a fraction of the national average, at one dollar a day. Here, the number of non-consumers is high. We need to come out with quality affordable products that will meet the needs of India number two and three. We need to break through the cost floor dramatically. Breakthrough innovation will happen in India No 2 and No 3.

I would like to see what special fiscal incentives the budget will give to companies to take non-consumers seriously, do breakthrough innovations involving the latest technology and unlock this latent demand. In fact, a portion of the India Inclusive Innovation Fund (launched by the government last year) can be used to enable this.

India is ready for this change, and more importantly, the world is ready for India. I am looking for something bold in the budget. It should send out a strong message that this government is not about mere talk, but that it means business. Expectations are high and Modi’s (and India’s) credibility is at stake.

(As told to N Madhavan)

Tweets by @forbesindia
Once Upon a Time in Venice
What will be the repercussions of falling oil prices across the globe?