What will be the repercussions of falling oil prices across the globe?

The puncturing of oil-driven bubble may have significant financial repercussions, bringing memories of 2008. Buckle up for an interesting year! 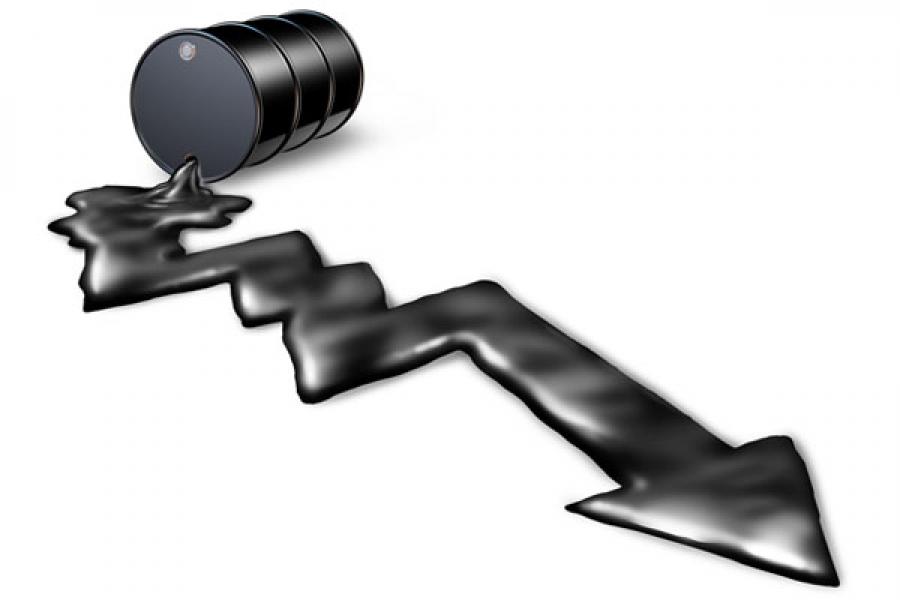 As we start off with 2015, one price is wreaking havoc on financial markets - the price of oil. The West Texas Intermediate (WTI) crude price – the benchmark for the US –had receded to levels not seen since 2009 when the global financial crisis was in full swing. And stock markets have been battered with energy companies driving the downward trend observed in the second week of December, with a 3.5 percent decline for the Standard and Poor's 500.

Should we be concerned?
The price of oil is often considered the prototypical ‘canary in the mine’ in terms of providing advanced warnings about the health of the world economy. It is true that some believe that the economic response to oil shocks is asymmetric: price rises being bad (with the exception of their positive impact on net oil exporting economies) while declines have a more complex effect in terms of decisions to consume, since there is now a much greater awareness about the importance of energy saving. The conventional wisdom is that the price decline will generate winners (e.g., major importing nations; industries that are energy intensive such as airlines) and losers (e.g., OPEC countries; producers of high-cost energy such as marginal shale producers and deep-sea oil producers). Overall, however, one would expect a net boost for economic growth in industrialized countries of perhaps as much as 0.8% in 2015 driven by the positive impact in countries like Japan and most of Europe.

How long will it last?
A proper forecast of the impact of oil prices on the world economy depends on the dynamics of the current price movements. Are we entering a new phase of low oil prices or is the current decline a temporary one that will self-correct by 2015? Models that predict future oil prices do not have a very good track record. Typically, they either emphasize the relative importance of resource constraints, having a geological bent, or the role of macroeconomic indicators, explaining price variations mainly in terms of fluctuations in aggregate demand.

The emphasis on supply and geological limits tends to lead to projections of significant real oil price increases over the long term. Too much emphasis on the demand side, in turn, can generate mistakes associated with excessive euphoria on the role of emerging economies, in particular, China and India, while missing the impact of temporary oil supply disruptions. One needs to look both at supply and demand to get a better feel for trends in oil prices.

The bad news for oil producers is that most estimates for the oil market in 2015 point toward the continuation of an imbalance between supply and demand. Global aggregate demand remains fragile, reflecting continued macroeconomic problems in Europe, the slowdown of China and doubts about the results of ‘Abenomics’ in Japan. The positive "tax" effect of the decline in energy prices is unlikely to revert expectations of tepid global growth in 2015 in the 3 to 3.5 percent ranges. At the same time, oil supply forecasts suggest that, we will see a continued build-up of oil inventories at least until mid-2015. The US Energy Information Administration, for example, expects global supply of liquid fuels to average 92.8 million bbl/day in 2015 against a global demand of 92.3 million bbl/day. In short, lower prices are here to stay for a while.

What is the cause?
The main driver behind this excess supply situation has been the dramatic expansion of oil production in non-OPEC countries, particularly the US. The fracking boom has had a significant impact on US energy dependence. Over the last eight years, the US has been able to cut its net oil imports (crude oil and petroleum products combined) by 8.7 million bbl/day. At the same time, the November 27 decision of OPEC countries not to cut oil production and to keep the cartel's production level at 30 million bbl/day, roughly 40% of world production, suggests that OPEC has now decided to focus on market share, rather than prices, and expects the US shale production to become the adjusting variable.

These developments, however, will take some time to impact production outcomes. It is true that at current oil prices, additional investments in shale production in the US will be scaled down quickly. At the same time, the costs of production in operating wells in the US remain well below the current prices if one does not account for investment sunk costs. Moreover, for many of the large oil producers – both OPEC members (such as Algeria, Iran, Nigeria, Venezuela) and non-OPEC members (such as Russia) – even though the "fiscal" oil price needs to be above $100 per barrel to balance fiscal accounts, production costs are much lower. This means that the temptation will be to continue to pump oil, trying to minimize the impact on revenue of the price decline. At the same time, the macroeconomic situation of these countries is likely to further deteriorate unless significant cuts in domestic subsidies and social programs are implemented.

Where are we headed?
We are entering uncharted territory as far as the macroeconomic implications of the current oil shock are concerned. There are some echoes of the 1990s, as currency devaluations in affected economies can generate debt sustainability issues, although the problem today is more at the private-sector level than at the sovereign level1, But the current dynamics are unusual.

The typical causality of geopolitical shocks leading to supply disruptions, as I discussed previously, is being reversed by technological innovation and an adaptive cartel strategy. In the end, if lower oil prices prevail long enough, they may foment social unrest in oil-producing countries, leading then to geopolitical disruptions.

To make things even more complex, one should not forget that energy producers in the US have raised more than $550 billion in the last four years via bonds and loans. Shale producers, with their junk-rated energy bonds, will face an uphill struggle in a low-price environment to keep their financial accounts in order, particularly if interest rates begin to rise again. The puncturing of this oil-driven bubble may have significant financial repercussions, bringing memories of 2008. Buckle up, 2015 will be a very interesting year!

Carlos A. Primo Braga is Professor of International Political Economy at IMD, and Director of The Evian Group@IMD. He teaches in the Orchestrating Winning Performance program and also the IMD-CKGSB Dual Executive MBA, which is designed for high-potential, internationally minded executives who are deeply committed to pursuing a career that leads the way between China and the world. Comments from IMD Professor Jean-Pierre Lehmann are gratefully acknowledged.

1. It is not always easy to draw a precise line between sovereign and private debt in a sector where state-owned enterprises often play a critical role. The case of Petrobrás, the state-controlled Brazilian oil producer, illustrates the problem. Petrobrás is suffering a double whammy – its shares have declined more than 64% over the last three months – reflecting a widening corruption probe linked to its contracts in Brazil and abroad, while trying to implement the most ambitious investment project in the world to explore Brazilian pre-salt reserves offshore. In the current low-price environment, the financial attractiveness of these investments ($220 billion over the next 5 years) has been significantly impacted and the company's financial options have been curtailed. There is no doubt that if push comes to shove the Brazilian government will come to Petrobrás' rescue. The implications for Brazil's credit rating, however, may not be trivial.