Why India Doesn't have an Equestrian Olympic Team

India has an old equestrian tradition, possibly the only non-ceremonial horse-mounted cavalry in the world and some exceptional riding talent. Why aren’t we showing them off at the Olympics? 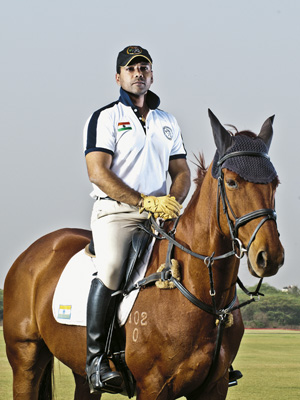 It will be with mixed emotions that Mrityunjay Rathore takes his seat at Greenwich Park, the venue for equestrian events at the London Olympic Games. London’s oldest enclosed royal park will make for a scenic backdrop as horses and their riders compete in dressage, eventing and jumping, the three equestrian disciplines scheduled to be held between July 31 and August 9.

Rathore, 38, is one of the lucky people who will witness history being made. But for the Indian national champion in dressage, being a spectator is poor compensation for being denied a chance to compete in the Olympics yet again.

No, it isn’t as if he failed to qualify for the Games; that would have been a fair, if hard, pill to swallow. What bothers Rathore is that he didn’t get to participate in a single qualifying event, despite owning one of the best line-up of horses in India. One of them, a 12-year-old Australian thoroughbred, Rathore claims, is the country’s only three-star horse (see box 'Star Power').

“Indian quarantine regulations do not allow Olympic qualifiers to be held here; in fact, there isn’t a single qualifier held anywhere in Asia. Competing in the qualifiers in Europe is an option, but their quarantine rules make transporting horses time-consuming and expensive and we don’t have the money,” Rathore told Forbes India.

The twin issues of quarantine laws and inadequate budgets have tied down Indian equestrian sports for years now, directly impacting representation at major events. In fact, no horseman has worn the national colours in the Olympics since 2000, when a solitary equestrian flew the India flag.

Part of the reason is the continuing international perception of India as a “disease-prone” country. Consequently, no major equestrian sport-playing country—mostly Western European nations (including the UK), Australia, New Zealand and some countries in South America—is likely to be keen to sign a treaty with India that acknowledges parity in conditions and recognises testing systems, thereby cutting down quarantine periods for horses transported between the countries to a week or 10 days.

Without such a treaty, the shortest route for an Indian equestrian headed to the UK is a complicated one: He would need to fly his horse to Malaysia—its equestrian treaty with the UK makes the South-East Asian country the most preferred stop for any horse on its way from India to Europe—quarantine it there for two months and then fly out to the UK for a further week of quarantine.

The cost of such travel, say sports officials and sportsmen, runs into “crores of rupees”. While the Indian government has no issues financing the national team’s trips to the Asian Games, it is unwilling to do so for the Olympics. “The government doesn’t consider equestrian events a medal possibility,” explains a senior official of the Equestrian Federation of India (EFI).

But money is not the only factor. Less than a fortnight before an eight-member Indian team—including Rathore—was to catch its flight to China for the Guangzhou Asiad in 2010, came the news that three of the horses had tested positive for Venezuelan equine encephalomyelitis, a mosquito-borne viral disease, and were barred from competition. The team events now out of the question, the Indian government refused to pay for air transport for individual event participants and their horses. 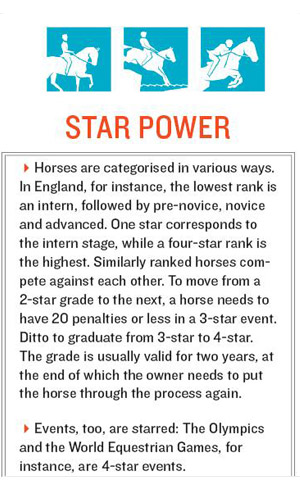 While EFI officials accused the Chinese Games authorities of “discrimination”—the Indians were tipped for gold—equestrians later hinted that some of the blame lay at the door of the Federation and the Ministry of Sports. “The situation could have been avoided if the EFI had proper papers to explain the positive results, as subsequent tests cleared the horses. But by then, it was too late,” says a contingent member.
Bitterly disappointed as they were, Indian equestrians were not surprised: They live with challenges. Rathore, a scion of the erstwhile princely state of Sitamau in Madhya Pradesh, believes he has faced more than his fair share of them.

An Unsung Prince
Equestrian sports in India have been long dominated by the country’s Army: Indeed, the 61st Cavalry is believed to be the world’s largest remaining non-ceremonial horse-mounted cavalry. Most of the country’s equestrian infrastructure is controlled by the Army, which also dominates the EFI. No surprise then that most competitive riders are Army officers.

A few civilians, though, have made their mark, supported by riding clubs and business houses. Ajai Appachu, who will become the first Indian to participate in the finals of the Fédération Equestre Internationale World Jumping Challenge in Venezuela in July, for instance, is employed by the Bangalore-based Embassy Group to teach children at the Embassy International Riding School. In May, he won the individual gold in the Korean Racing Authority Gold Cup jumping event in Seoul.

With Olympic-standard horses costing up to Rs 5 crore, not many individuals can afford to be “independent” equestrians, that is, someone not associated with either the Army or a riding club. Rathore has tried to break the mould, encouraged no doubt by his royal lineage.

“My father was my inspiration,” says Mrityunjay. KS Rathore, a 1959-batch IPS officer and three times national dressage champion, had more than 100 riding medals, including 50 golds, to his credit. “Jay learnt riding even before he could walk,” says Puranjay, Mrityunjay’s brother. “He was two and wouldn’t stop crying when our father came back from a ride till he got to sit on the horse.”

Though Rathore was the only one among his siblings and cousins to make equestrian sports his career, family wealth ensured he had access to ponies and horses wherever he was studying and financed horses from Australia and England when he turned professional.

On the flip side, Rathore’s peers are not amused to know that he has nine horses or that he is the only Indian equestrian with an international licence to coach students and train horses. “He can afford all that,” says one of the leading riders in the country dismissively.

But Rathore believes that his privileged image actually works against him, since the common perception is that his family’s deep pockets can buy him whatever he wants. “My family can help me only to an extent,” he says.

Of late, his coaching and training assignments have helped defray costs. Coaching an aspiring rider can fetch Rs 4,000 for a 40-minute class, while training a horse brings up to Rs 50,000 per month.

Rathore also spends every summer in England, competing, coaching and getting himself in shape.

“I can’t afford to keep my horses in England. But if I could do it for two years and focus completely on competing and improving my skills, I would surely qualify for the Olympics,” he says. But that would cost around Rs 5 crore. “I could sell family property, but I have not earned it… it is my family’s,” he says.

EFI Secretary General Sameer Lanba, also a colonel in Indian Army, says that sponsorship from business houses could make all the difference. “There are many international examples, including South Korean major Samsung, which has its own equestrian team and also sponsors major competitions.” Alberto Giugni, a former member for the Italian national team who now runs a riding club in England, points to the luxury brands that sponsor equestrian events in Europe.

Interestingly, the last time an Indian equestrian participated in Olympics was thanks to corporate sponsorship: Imtiaz Anees, who competed in the 2000 Sydney Olympics, was backed by the Mumbai-based Five Stars Shipping. But that was one rare exception.

The limited opportunities in the sport in India, coupled with the short life of an equestrian—his best years are between 35 and 50—muddy waters further. Recently, the EFI was hard pressed to choose a coach for the team travelling to South Korea for the KRA Gold Cup. “There were two contenders, both former national riders [and coaches of rival Bangalore-based riding clubs]. Ultimately, both had to be sent,” says a senior official. “It looks good on the resume, if you are a coach of the national team or if your student wins a medal,” explains a national rider, who didn’t want to be named.

Politics reared its ugly head again earlier this year when a rider complained to the EFI about Rathore’s three-star horse Roy participating in a two-star event. Unable to take Roy overseas because of high costs, and hoping to make most of the local events, Rathore got Roy’s grade lowered.

Despite the seeming hopelessness of the situation in the upper echelons, insiders believe equestrian sport is on the upswing. “There’s huge interest in the sport among juniors,” says Lanba. Apart from the many unregulated riding schools in Delhi, Kolkata, Mumbai, Pune and Bangalore, Rathore himelf coaches Ashray Butta, a Kolkata teenager who aspires to represent India in the Olympics—just like his mentor.

Puranjay believes that the sport is just a famous win away from a breakthrough in India. “Look at what happened to cricket after the 1983 World Cup win,” he says. It remains to be seen if the likes of his brother can jump over the hurdles and pave the way to that glorious moment. 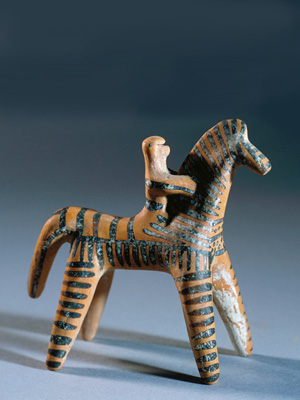