Skoda's Thomas Kuehl Talks About Going Down to the Wire

Skoda’s Thomas Kuehl says everything in India happens at the last minute, but never try to push a European strategy into an Indian market 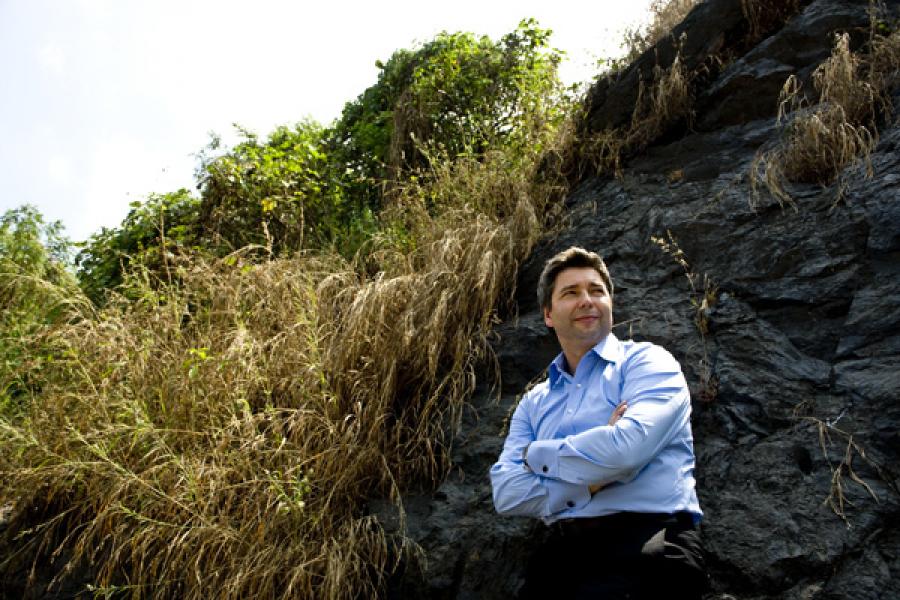 In India people don’t easily take responsibility. They will always ask, ‘Boss, is this okay?’ The hierarchy system in India is still there but now it is changing. It took me a long time. When I started here, people would never say, ‘Thomas what you are saying is not correct’. I think that’s because India has this thing that ‘What the father is saying is correct and I have to follow’. Now my team is easy. When I am talking crap, they will inform me I am talking crap.

We are learning [how to negotiate] with the dealers. South India is cash rich and the North borrows. North is rich on property, not liquidity. When you speak with a dealer in the North, you get the feeling that they own the whole of India. They will tell you Rs. 100 crore is not a problem at all. Done! And they are good at doing it. The South is super good at presentation, very well educated, very confident and you know everything is possible. You are in safe shoes because in the South what you are discussing is what you are getting. But they start low. They always start with 50 percent even when they know they can do 100. So you have to push them because they are conservative.

Another example is when you work with an agency in India. In Europe, you give the agency the briefing in detail. Everything is written down. You don’t have to worry and you will get the proposal. One, two, three and four! When you are in India, you don’t follow up on the work of the agency with your team on a day-to-day basis because you think everything is going according to plan. You have a period of six months. When you come after two months to do the follow up, they say, ‘Oh! The process has not really started’. They come to you with a proposal that is not really structured.

In India you very often see that everything goes down to the end. What happens on the day of the event is really important, right? You make an impression on whoever attends. Normally I am the kind of guy who takes it easy. I came to a certain event one night — I think it was the launch of the Laura — before it was scheduled. I decided to see how the set up was done for the next day.

They [the event managers] said, ‘No sir you can’t see.’

And I was like, ‘What! The whole stage and all the work will start at 12? You are joking now.’

‘Okay’, I said and I stayed awake to see what would happen.

And at 2 in the morning I was there; the air conditioning was switched off and there were 150 people moving around. It was damn hot and it was smelling of all the pungent smell of the people working there.

And I was like, ‘God, guys! This will never work. The press conference is at 9.’

And they were like, ‘No. Don’t worry.’ I was completely agitated. Next day I was there at 7:30 and things were done. But the real story was what happened after that. I will never forget it!
So the event started and it was a big press conference. In my head the question was: Where are those 150 guys who were working on the stage last night? So one half is somewhere in the cars outside sleeping and a few are lying below the stage and sleeping because they had to take the wood away after the function! I was not aware of this.

I was standing on the stage and suddenly I could hear snoring coming from below. The journalists couldn’t hear it but I was able to; from below, where I was standing, somebody was snoring. I thought the wood was breaking below my feet! I spoke to my team, ‘Everything is fine, you did a great job, but do me a favour. If the workers are working the whole night, please make arrangements so that they can sleep anywhere except below the stage.’

Another thing in India is something as simple as changing a bulb. A bulb wasn’t working in my house. So I replaced it but it still wasn’t working. I called an electrician and he started to change the bulb. I told him that I had already changed it. He says, ‘Ah, let me check’. Actually it’s not one but two people who always come for something like this: One who just looks at the person changing the bulb. The person who looks is the one that talks to you and the one who changes doesn’t talk to you. This story happened after I spent two days in the dark.

At the end it was five people. Someone was talking, somebody was holding the ladder and so on. And they never came with all the parts that they needed. They kept going back for something they missed. They tried to charge me more for their efforts but I said, ‘No, that’s your problem.’ It took them two days to find out that it was one system that had a break down because of the fuse. I clicked a photo. I have it in Pondicherry. So there is one guy working at the thing and four guys holding the ladder. Two from each side and the other two are chatting. You can see in the picture that it has absolutely no function.

This is a fabulous insight because there is one big learning in it; for the customer and the automotive industry. You better do it right the first time.

When I came from Europe, I put my European mind into a box and listened and believed in the people who are in the business here. And asked questions only when I had trouble understanding. I never try to push a European strategy into an Indian market. You have to understand and out of the understanding you get something great. And then you get your experience into it and ask your team, ‘I have this knowledge of this market. How do you feel that would fit here?’ Give them this and let them pull something out of their hat. That’s Indian. If you do that you are in the right shoes. That’s very important.

Thomas Kuehl is Member of the Board,  Sales & Marketing, ŠkodaAuto India

Tweets by @forbesindia
Anish Kapoor: Making It Big
My Dakar