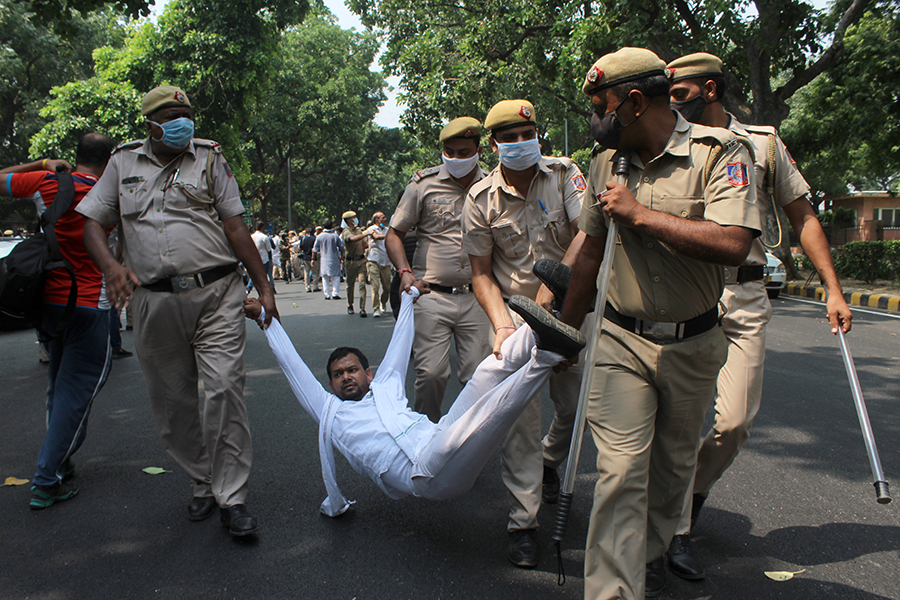 Delhi Police personnel detain Congress workers during a protest held by Delhi Pradesh Congress Committee (DPCC) against the Central government's agricultural reforms bills at Rajendra Prasad Road on September 21, 2020 in New Delhi. The Centre introduced three Bills on food and agriculture reforms: The Farmers' Produce Trade and Commerce (Promotion and Facilitation) Bill, and The Farmers Empowerment and Protection Agreement on Price Assurance and Farm Services Bill, amidst vehement protest from the opposition parties and the farmers groups.

Tweets by @forbes_india
Netflix, $100 million and Black-Owned banks
Does Wearing Glasses Protect You From Coronavirus?