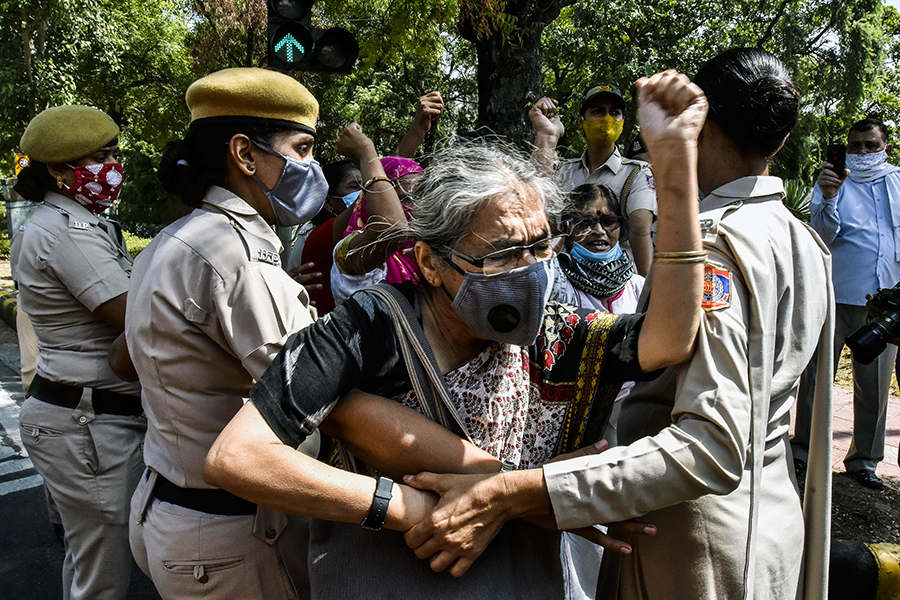 Police detained AIDWA activists as the protest against Hathras gang rape case at UP Bhavan on September 30, 2020 in New Delhi, India. Protestors demanded justice for Hathras gang-rape victim and resignation of Uttar Pradesh Chief Minister Yogi Adityanath. The 19-year-old girl was gang-raped by four men on September 14 in Hathras, when she went to gather fodder for her cattle. She succumbed to injuries on morning of September 29 at Safdarjung Hospital in Delhi. Family has accused the police of performing her last rites without their consent in the wee hours of September 30.