Even as the government introduces measures to stimulate investment, steps towards inclusive growth and equity in society cannot be ignored 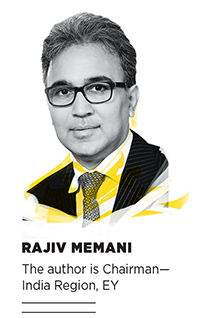 A singular, unequivocal message that the new leadership of India has sent out to the world in the last seven months is that India is open for business and investments. The PM’s call for ‘Make in India’ resonates with the promise to carry forward the reforms needed to provide a supportive environment for investors. And anything that hinders investments or the ease of doing business will be addressed.

While presenting this year’s budget, the focus of the government will be to stimulate demand and reignite investments, especially in the manufacturing and infrastructure sectors. The government is also mindful that economic growth needs to be inclusive, thus calling for measures and schemes that will bring in greater equity in society. Given limited private sector investments, the current investment gap will have to be bridged by the public sector or through foreign capital.  Thus, the government will need to create more fiscal space for managing greater public investment. To attract foreign capital, a more favourable tax policy environment and ease of doing business will be the objectives.

Achieving the fiscal deficit target of 4.1 percent has proved to be challenging due to fragile economic growth, erosion in tax revenues (because of falling inflation) and the legacy of an uncertain policy environment that crippled investments. The recommendations of the 14th Finance Commission, which call for a steep increase in statutory transfers to the states, will put a further burden on central finances. However, it is expected that expenditure reforms and non-tax revenues will provide some fiscal space. 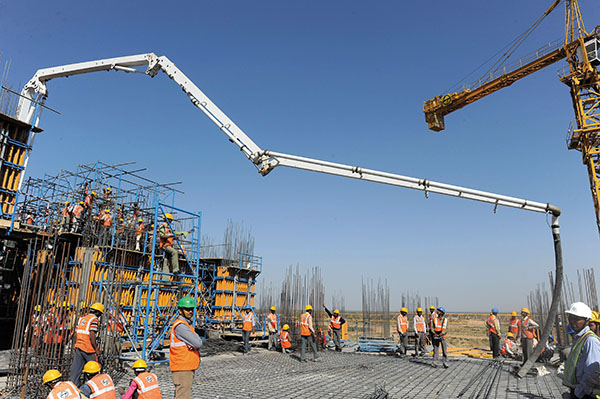 Image: Getty Images
The focus of the government will be to stimulate demand and reignite investments, especially in the manufacturing and infrastructure sectors

The fall in oil prices will be helpful in rationalising subsidies and containing them within one percent of the GDP. Guided by the Expenditure Management Commission (EMC), the government may announce measures for more efficient disbursements of subsidies by moving towards direct cash transfers. However, other recommendations of the EMC may be adopted only in a calibrated manner as the government will like to announce welfare measures for the underprivileged. Therefore, to bridge the deficit, the government will think of aggressive targets for non-tax revenues, for instance, disinvestments and spectrum sales proceeds. The government may meet the fiscal deficit targets for this year and target a more flexible fiscal path for the medium term to provide space for infrastructure and agriculture investment.

The industry will be watching the budget announcements to see if the government lives up to its promise of a non-adversarial, fair and predictable tax regime. The finance minister (FM) is conscious of the investors’ restlessness due to uncertainty on important issues. He has also stated on multiple occasions that, at the current juncture, attracting investments is the key agenda. To avoid any further uncertainty in taxation, the FM may defer the implementation of General Anti Avoidance Rules (GAAR) for some time till there is greater clarity about the rules for its application. However, it would be important that GAAR provisions have a prospective application and any arrangements before the date of implementation are grandfathered. The government should also provide further clarity on the issue of taxation of capital gains from indirect transfers. 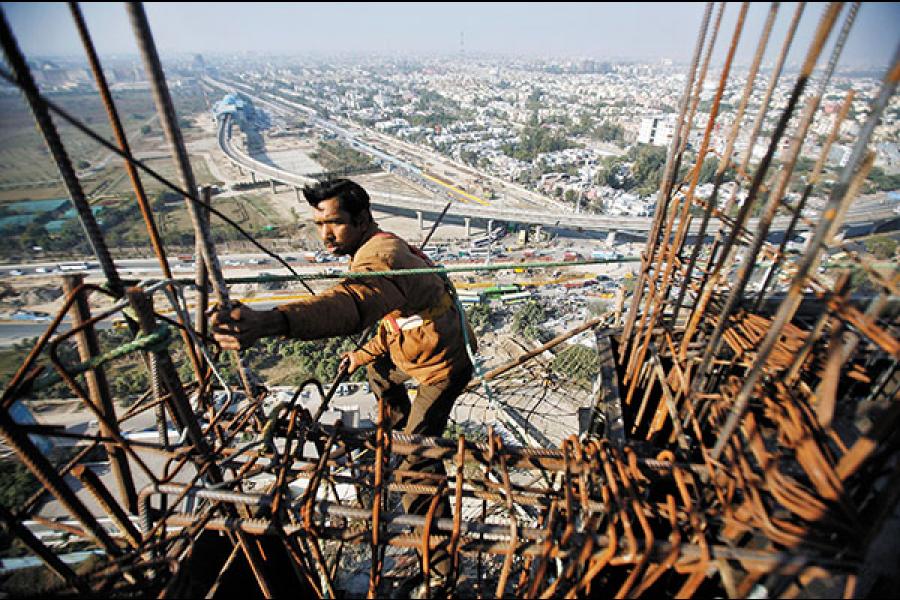 Image: Parivartan Sharma / Reuters
The real estate industry has been asking for a more favourable tax treatment to make it an attractive avenue for investment

Incentivising manufacturing and infrastructure is another priority agenda for the government. It is expected that to encourage special economic zones (SEZs), a reduction in the minimum alternate tax (MAT) on SEZs from the current 18.5 percent may be announced. Exemption from the dividend distribution tax on dividends distributed by SEZ developers/units will provide a further boost to them.

Real Estate Investment Trusts (REITs) are an excellent alternative source of investments needed by the real estate industry. In the last budget, the government had granted a pass-through status to REITs. However, the industry has been asking for a more favourable tax treatment to make them an attractive avenue for investment, ie, exemption to the sponsors of REITs from long-term capital gains tax and dividend distribution tax and exemption from MAT at the time of transfer of sponsor to trust. The anticipation is that with the focus on infrastructure development, the government may respond positively to the industry’s demands.

Several measures have been announced to improve the tax disputes resolution mechanisms. Constitution of high level committees to interact with trade and industry and bring clarity in taxation, expansion in the scope of the Authority for Advance Rulings, rollback in the scheme for Advance Pricing Agreements and reconstitution of Dispute Resolution Panels as a permanent, independent vertical in the department are all indicative of the government’s seriousness to minimise disputes. The government’s decision to not appeal against the Bombay High Court decision on the matter of taxation of income on share premium has also been received positively. These announcements now need to be translated into visible, time-bound actions. The recommendations of the Tax Administration Reform Commission (TARC) on the tax administrative overhaul must also be implemented.

To stimulate demand and put more disposable income in the hands of the common taxpayers, the government may consider a slight raise in the current income tax exemption limit.

Another significant reform eagerly awaited by the industry is the Goods and Services Tax (GST). The FM has reiterated the government’s commitment to introduce GST from April 2016 and is trying to seek support from the states for the passage of the Constitution (Amendment) Bill in this session. The industry would expect some announcements on the roadmap for GST implementation. One should also watch out for changes in the excise duty structure and service tax in preparation for the GST.

This budget is being seen as a big opportunity for the government to prove that, true to its election assurances, it will transform India. However, more than the big bang reforms, the small nuggets of changes will have to be watched out for. The government should keep pushing the ground level reforms to build a pro-investments and pro-growth India.