'Make in India' initiative gets a boost with Kalyani-Rafael JV 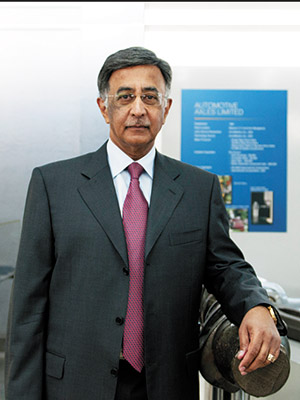 The Narendra Modi-led BJP government’s ‘Make in India’ initiative got a major fillip on Thursday when Kalyani Group and Rafael Advanced Defense Systems formed a joint venture (JV) to develop and manufacture high-end technology systems like missile technology, remote weapons system and advanced armour solutions. The announcement was made at Aero India 2015 which is currently on in Bangalore. The 51:49 joint venture (Kalyani group is the larger partner) will go a long way in increasing the Indian group’s presence in the defence sector and at the same time reducing India’s dependence on imports of defence equipment. India is one of the largest importers of defence equipment in the world. The government is keen to get some of that made in India.

“This JV will expand the defence industry base in our country. We believe in the vision of ‘Make in India’ and our proposed joint venture with Rafael is a step in this direction,” said Baba Kalyani, chairman and MD of the Kalyani Group. Kalyani group is a $2.5 billion conglomerate and Bharat Forge is its flagship company.

Rafael, the second-largest Israeli defence company, is an active participant in the Indian defence market. “We have always endeavoured to contribute to the modernisation of the Indian armed forces. As part of our global strategy, we form alliances to develop military applications based on our proprietary technologies… India is a strategic market for us,” Rafael chairman Itzhak Gat said. “Rafael sees Kalyani Group as an ideal partner to expand our business opportunities in India.”