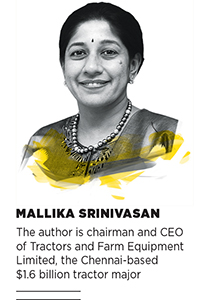 Within a short span of time, the Narendra Modi-led government has shown its keenness to unleash reforms to spur economic growth and become the fastest-growing economy in the world. Its willingness to look at issues from a new perspective is clear from Modi’s commitment to improve the ease of doing business in India and make the tax regime non-adversarial. The BJP leader’s efforts to establish strong ties with countries around the world, the US in particular, have, once more, positioned India favourably among global investors. The optimism among Indian investors, too, is on the upswing.

Agriculture is one of the key sectors, where relevant reforms will help the government deliver on its promise of a growth rate in excess of 6 percent. Over the years, agriculture’s contribution to the GDP has declined to less than 14 percent. Per se, it is an acceptable trend in a developing economy. But not an encouraging sign in a country where over 50 percent of the population still depends on agriculture for livelihood. The experience of the Bric countries has demonstrated that a one percent growth in agriculture has 2-3 times greater impact on poverty alleviation than an equivalent growth in any other sector. A 7.9 percent growth in the sector in India in 2010-2011 led to an overall GDP growth of 9.3 percent. Unless the agriculture sector grows in excess of 5 percent, India’s dream of boosting GDP growth and lifting its people out of poverty will remain a dream.

The Union Budget affords an opportunity for setting the direction/tone of a policy that will drive agricultural growth. A primary area of focus would be irrigation. States that have invested in irrigation—Punjab, Haryana, Uttar Pradesh and Andhra Pradesh—have seen good gains in agricultural productivity.  The PM has announced the integration of the Pradhan Mantri Krishi Sinchai Yojana (PMKSY) with the Mahatma Gandhi National Rural Employment Guarantee Act (MGNREGA) to create assets in irrigation. This is a welcome step. We look forward to an enhanced allocation for irrigation. Further, the move to augment water resources and provide farm-level irrigation through PMKSY needs to include provisions for de-silting of tanks and the relining of old canals.

The budget should also channelise MGNREGA resources to create assets that could boost agricultural growth. With an average rural household income of just Rs 6,500 per month, these schemes are critical for ensuring inclusive growth. 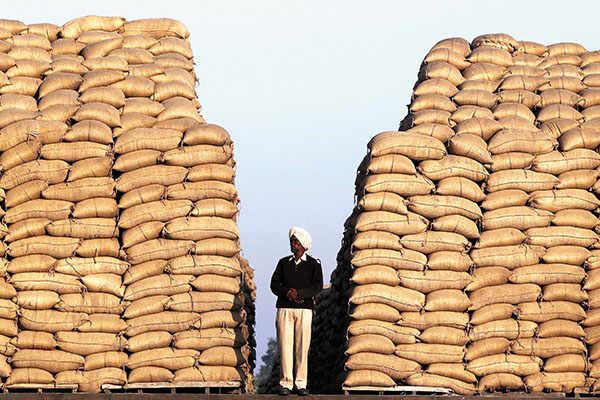 Image: Ajay Verma
Relevant reforms in agriculture will help the government deliver on its promise of a growth rate in excess of 6 percent

One immediate need that comes to mind is foodgrain storage facilities at the farm level. We waste over 20 percent of our produce due to poor handling, storage and processing. Investment in large storage hubs, besides local level farm storage, will aid in reducing this. Creating a viable PPP model will bring in technological advances and international investment in this sector. Infrastructure status for this sector would be a blessing too.

The recent data on Minimum Support Prices (MSPs) is worrying. In 2014-15, the MSP of paddy went up by 3.8 percent, while those of wheat and cotton increased by 3.6 percent and 1.4 percent, respectively. In recent months, inflation has been reined in but these increases are way below inflation levels and input price rises. This has resulted in deteriorating economics for the farmer and a sharp fall in rural demand. With average farm sizes continuing to decline (from 2.3 hectares in 1970-71 to 1.15 hectares in 2010-11) and rural indebtedness rising fast, MSPs need to go up in future.

Farm mechanisation is another important area that needs to be addressed if we want to improve crop output. Though yields have improved, India’s horsepower/hectare is half the global norm. India has developed its own successful model of mechanisation that aims at small farms. The financing system for farm loans is also in place. The budget should make provisions for a concessional rate of interest for farm mechanisation, not exceeding 8 percent, to give an impetus to the adoption of technology.

Finally, we look forward to a concessional insurance premium for crops which will instil a sense of security among farmers.

In the area of manufacturing, the ‘Make in India’ programme is a transformational initiative and has begun opening large opportunities for Indian companies to partner with leading international firms in a mutually beneficial way. At the same time, the world is moving towards more free trade with an increasing number of FTAs (free trade areas). To ensure that ‘Make in India’ succeeds, the government should rationalise the duty structure. It must create a level playing field and also ensure that FTAs do not put the local manufacturers at a disadvantage.

Let me cite the example of the tractor industry.  Input duties are levied at 12 percent and there is no excise duty on the final product. As a result we cannot set off the input duties against the excise duty and the 12 percent is borne in the cost of the product. Imports coming in under an FTA usually have a countervailing duty (equivalent to the excise duty) to create the level playing field but as the excise duty on tractors is nil, there is no countervailing duty on imports. Domestic manufacturers are, thus, disadvantaged to the extent of 12 percent. The number is significant. We look forward to the budget correcting this anomaly with an imposition of a final product duty of 8 percent.

The budget should address duty rationalisation thoroughly to ensure that ‘Make in India’ is successful. I look forward to a direction-setting, reform-oriented budget that will build on the present optimism. It must set the stage for India to overtake China’s rate of growth in 2016. It is a brilliant opportunity.

Tweets by @forbesindia
K Ganesh: The budget needs to recognise startups as national assets
'Make in India' initiative gets a boost with Kalyani-Rafael JV