The fact that the electoral promise has evolved from 'roti, kapda, makaan' to 'bijli, sadak, paani' underlines the importance of infrastructure in the government agenda 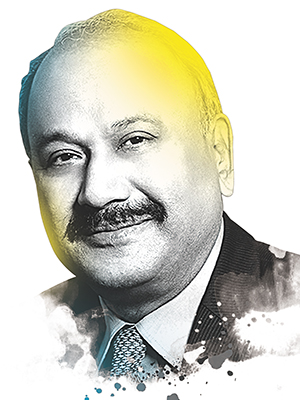 GM Rao, Founder-chairman, GMR Group. The 63-year-old Rao founded GMR Group in 1978 and has grown it into an infrastructure conglomerate with interests in energy, highways, large urban development and airports. The group has a presence in seven countries

By the time you read this, all of India would have participated in the most significant event for any democratic country: Elections to vote a new national government into power. These elections have taken place against the backdrop of some very significant economic, demographic and sociological changes in India in recent years:

• We are a young country with 63 percent of the population under the age of 35 years.
• Our GDP is now close to $2 trillion and we are the world’s third-largest economy in purchasing power parity terms.
• Our economic growth reached a high of over 8 percent before tapering to sub 5 percent.

However, the most significant parameter of change, something which cannot be measured in figures, is the aspiration of our people.

The economic liberalisation of the early ’90s unleashed the true intellectual and entrepreneurial potential of India. It was a ‘second independence’. The resulting economic growth enabled millions of Indians to get a better life and aspire for a brighter future for their families.

These aspirations cut across urban and rural India and the new government will have to shape its agenda to fulfil them in every aspect: Creating jobs, providing better amenities and enabling an environment where the creative and entrepreneurial energies of our people are positively channelled.

The fact that the electoral promise has evolved from ‘roti, kapda, makaan’ to ‘bijli, sadak, paani’ underlines the importance of infrastructure in the government agenda.

It is proven around the world that good infrastructure is the economic engine which drives a nation towards sustainable prosperity. In India, the first wave of growth in the liberalised era preceded the development of infrastructure, leading to a significant infrastructure deficit. The huge investment in infrastructure in recent years has been an effort to catch up with the past.

Recognising this, the Twelfth Five Year Plan has envisaged an investment of $1 trillion (Rs 60 trillion) in infrastructure development, of which about half is expected to come from the private sector through the Public-Private Partnership (PPP) mode. Over the next few years, the key focus areas in infrastructure at a national level will have to be energy (exploration, generation, transmission, distribution) and connectivity (roads, railways, airports, ports, and internet).

In spite of the recent additions in power generation capacity, we continue to have a peak power deficit; even some of our metro cities face severe shortages. While the Golden Quadrilateral National Highway network is a successful road project—it carries 40 percent of total national freight traffic—it accounts for just 2 percent of India’s road infrastructure. More roads of similar quality need to be created.

There is also an urgent need to significantly expand the railway network capacity, and further improve air connectivity to smaller cities. And we must not lose sight of our cities. We must ensure that the new wave of urbanisation is sustainable. Well-planned infrastructure will have to be the foundation on which we create the thriving new cities of modern India. New initiatives will have to be put in place to address urban issues of transportation, water management and sanitation. 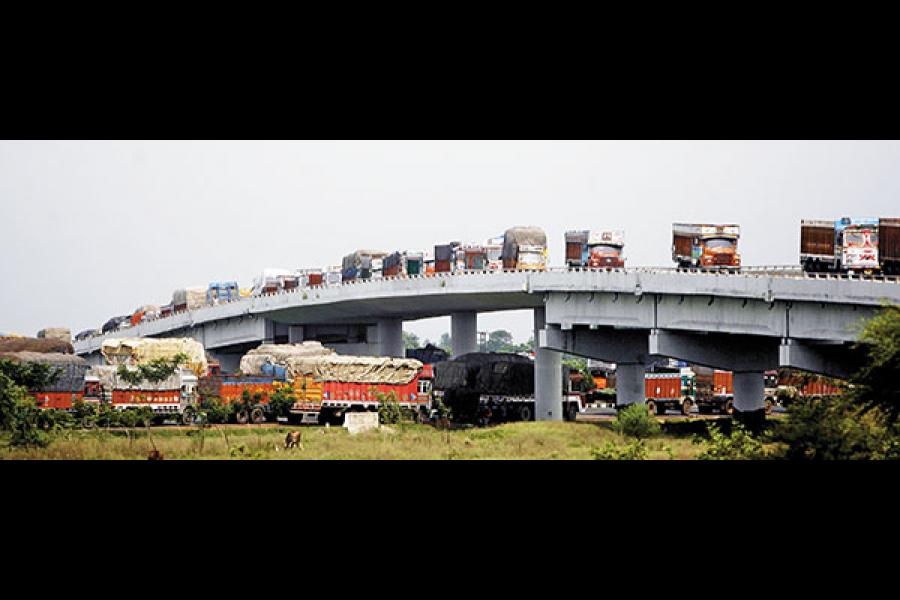 Image: Getty Images
Over the next few years, the key focus areas in nfrastructure at a national level will have to be energy and connectivity (roads, railways, airports, ports, and internet)
It is important to note that funding domestic infrastructure is in a period of flux. On both the supply and demand sides, there are positive and negative influences resulting from the recent economic slowdown as well as credit scarcity.

While demand continues to grow strongly from the users of finance, suppliers have traditionally gravitated towards “quality” projects with little or no differentiation between them.

Availability of finances for such huge investment would largely depend on (a) the government’s ability to successfully increase reliance on the bond market as an alternative source of financing to bank loans and (b) their ability to implement fiscal consolidation as a means of freeing up bank lending and reducing upward pressure on interest rates.

Emphasis on private sector participation and policy and regulatory measures to attract private capital cannot be undermined, given the huge pressure on capital rationing and funding requirements.

In order to incentivise the large-scale use of private sector participation in infrastructure, it would be useful to link government funding to the effort of developing PPP projects.

There are credible reasons to believe that the Indian private equity market will make important contributions to this endeavour. For our GDP to continue on its upward trajectory, we need continual increases in new investment opportunities in infrastructure. Both the sheer volume of opportunities and the long-term potential in infrastructure will attract new investment.

With the experience gained from the first wave of projects, we in the private sector are now well positioned to work with the government in the next phase of infrastructure growth.

Our main expectations from the government will be:

There is increasing opportunity around the world for developers and investors in the infrastructure sector: Emerging economies in Asia, Central Europe and Latin America are planning to spend heavily on new infrastructure; even some developed countries, such as the USA, are planning to renew their infrastructure. So India will have to compete with other countries to attract capital and technology; this requires clarity in planning, and determination in implementation.

The gap between ‘Bharat’ and ‘India’ is shrinking rapidly. Aspirations are rising; Our people want more from our government and institutions.

This is the moment for us, government and the private sector, to fulfil those dreams.

Tweets by @forbes_india
The Gambling Instinct
Pawan Munjal: Want a High-Octane 60 Months from the New Government