Create a system that encourages enterprise and unearths new markets. This is a tough path that NEEDS thinking outside the box 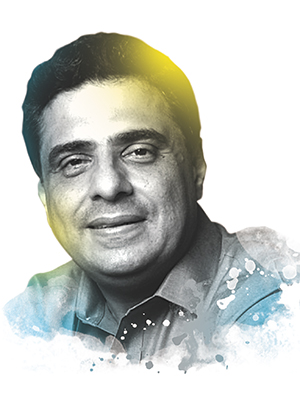 Ronnie Screwvala Founder and Advisor, Unilazer Ventures. A first-generation entrepreneur who founded UTV with interests in television, motion pictures and mobile games, and successfully sold it to global entertainment giant Disney. He has ventured into investing now

India is at a decisive turn in its existence. All political coalitions in the fray know that of the approximately 820 million people casting their ballot, a considerable figure of 23 million—approximately the population of Australia—are first-time voters. Their aspirations are vastly different from what they were even five years ago. Therefore, the new government’s approach, too, needs to be different from that of its predecessors.

I’d like to suggest two key prescriptions: First, create an ecosystem conducive to fostering first-generation entrepreneurship; this, in turn, can generate millions of job opportunities in the new sectors they venture into. Second, focus on the untapped masses of consumers in rural India to create new domestic markets. The country cannot aim for inclusive growth if the aspirations of rural India are not respected and integrated into the development narrative. Exploring India’s domestic potential can fuel India’s growth along the lines of the Chinese economic model of the past decade.

I have often been asked why I consistently evangelise fostering an environment that nurtures first-generation entrepreneurs. Most governments since Independence have focussed largely on capacity building or skill development to create livelihood opportunities as key measures for poverty alleviation. While these need to be continued, we also have to produce fresh avenues for first-generation entrepreneurs to emerge and develop. Sustained employment generation requires out-of-the-box thinking, breaking into new markets and creating new masses of consumers.

The new government needs to create plans for nation-building that span at least 10 years (optimistically assuming their vision and implementation will give them at least two terms). Brave policy calls need to be taken immediately to help realise the initial impact after four to five years of sustained intervention. Similarly, creating a strong and friendly system that encourages enterprise needs the commitment to stay the course.

The first course of action would be an urgent overhaul of the regulatory environment in the country. First-generation entrepreneurship cannot grow in a regressively tight environment. Few know that the IT revolution of the ’90s that led to the massive boom in the sector was because the then government in power had made IT among its top priorities. By easing regulatory and administrative road blocks, IT entrepreneurs were allowed to grow unfettered. The government also relaxed import/export duty on technology, gave tax breaks and tax holidays for extended periods, and allocated land and resources for establishing IT parks—in all, a highly conducive environment that encouraged entrepreneurs to venture into thus-far uncharted territory. Once the IT sector had expanded, these sops were phased out. This pattern of proactive intervention needs to be implemented in other sectors too.

In this context, the next crucial question is—where are the new markets? There are several sectors with growth potential. The government can begin by opening up consumption sectors across board. With unnecessary focus and debate on FDI in retail (so irrelevant considering the challenges facing India and we certainly do not need to keep appeasing the West), we have veered off the crucial policy focus on other consumption sectors. The government has to decide whether it wants to attract foreign investments elsewhere. I believe there must be clarity in policy decisions and the resolve to stay consistent and unwavering on them.

Our population ensures a massive consumer base; consumer appetite is humongous too. Demand, in fact, far outstrips current supply. New markets can be created within sectors such as health care and nutrition, food processing as well as other consumption verticals.

Similarly, within the impact sectors, interventions can be encouraged in water and agriculture. Entrepreneurs can be incentivised to innovate and cater to an untapped base of customers. Social development can achieve profitability. Commercial viability, in turn, will ensure scale and sustained growth. One key segment that I am certain will revolutionise life in India, impacting the ‘what’, ‘when’ and ‘how’ of our purchases and consumption, will be the internet. If internet penetration expands via broadband and with high bandwidth, consumption in both urban and rural India will witness phenomenal growth. 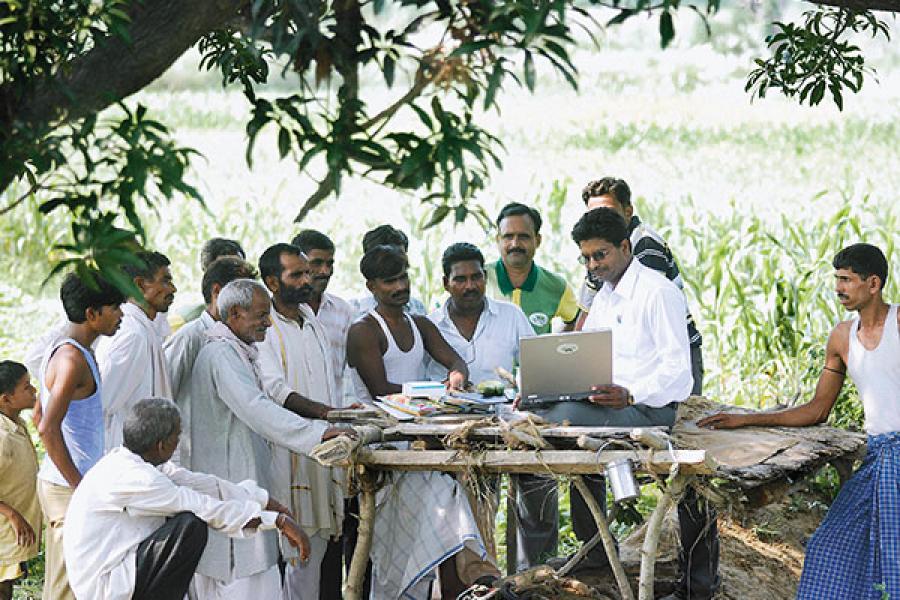 Image: Getty Images
If internet penetration expands via broadband and with high bandwidth, India will witness phenomenal growth
There is a school of thought that regards India as a unique case study—a Waterloo of several tried and tested global marketing and consumption strategies. There are many who debunk this theory too. I argue that even if it holds some truth, there are ways to make it work in our favour through indigenous innovations that match local needs with available products and technology. In our black-and-white understanding of Indian markets, we overlook the big areas of grey.

In India, there is a largely false assumption that those who do not live in urban areas and follow its consumption patterns automatically fall into the below-poverty-line (BPL) category. A large segment of the consumer pyramid that nestles in between has so far been invisible.

Governmental focus on many schemes has also perpetuated these stereotypical categorisations—they are either aimed at the rural BPL class or at appeasing urban populations. The burgeoning working classes of rural or mofussil towns are largely consumers with little choice—they constitute promising markets that have been ignored.

Grabbing for low-hanging fruit is the obvious approach, leading to the creation of niche markets. But this is also a sure-shot method for saturation. The government needs to evangelise new markets that target people living in areas outside the top 100-200 cities across India. The Chinese economy managed to tide over the global economic slowdown and record a compounded 7 percent growth by focusing on increasing domestic consumption. Instead of emphasising on merely penetrative distribution, we need to invent new supply-demand chains and new consumption patterns. This kind of overarching guidance can only be provided by the government. While grants and subsidies are never solutions for creating new self-sustaining enterprises, well- and limited-timed stimulus packages can provide the ‘spark’ needed to trigger entrepreneurial ventures in new markets.

For any new govern-ment, the immediate goals will outweigh the priority placed on long-term robustness of the economy. Tackling basic problems such as malnutrition, sanitation, food and water security and quick decisions on economy and regulations have to be top priority. However, an entire five-year term cannot be devoted to moving from one short-term relief project to another, without focus on lasting solutions. Long-term planning needs to be done along with short-term intensive projects. While quick successes are great inspirational stories, the new government should not succumb to silly media reviews of “the first 100 days” as economic growth can decelerate in the absence of long-term vision and supportive environment. These need to be seeded now to allow for a sustained incubation and a matured growth curve.

Can the government, then, for the first time in our history, take a view that goes beyond five years of rule to transform India into a global force? All roads to such transformation lead to its people. We need to stop regarding the over-600 million rural population of India as hurdles to growth and include them in the process. And, simultaneously, remember that it is the youth and their yet-to-be harnessed entrepreneurial prowess that can build India’s growth story.