In the long list of necessary fixes for the new government, the reform that can quickly help bring India back on a high-growth path is early implementation of the GST 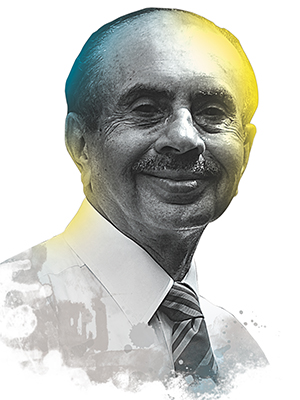 Adi Godrej, Chairman, Godrej Group. One of India’s most respected industrialists, he heads the over $4 billion FMCG-to-real estate conglomerate. A former president of the CII, he is also a leading voice in the field of management studies, and the chairman of ISB’s governing board

The focus of the new government should be to get our derailed economy back on track. And one of the most important issues here is the ease of doing business in India, which must be improved considerably. In fact, the Congress actually made this part of their manifesto but, unfortunately, they have not done much about it. They tried to do some things over the last year but not with much success.

As it is, India has always ranked low on the ease of doing business. However, in the last two to three years, we have gone down very badly on this front. Projects have not been cleared; there have been impediments, whether in terms of environmental or other clearances. Bureaucracy has not been taking decisions because of various actions by the Supreme Court, the CAG and others. While some of these may be justified because of corruption, overall it has led to further deterioration in the ease of doing business.

I think the new government has to work hard to not just get us back to the old levels but to better them. That will lead to investment and growth. Obviously, that will not have an immediate effect but if we’re looking to restore the strong growth of 8 to 10 percent in three years or so, this is extremely important.

MAT and Retro
Secondly, the new government needs to realise that in India, while overall tax collection is important, we have always found that lower rates of taxation—whether direct or indirect—have led to higher collection. Every now and then, we have seen the government tinker with tax rates, trying to increase them in order to collect more, and it almost always works the other way. Another very damaging thing that has been done, in my view, on taxation in the UPA regime has been the very high rates of Minimum Alternate Tax (MAT). It is 21 to 22 percent, now, with the surcharges. What that does is this: On the one hand you provide incentives for where you want investments to take place and where you want the economy to go. But the incentives are not enjoyed by the people who invest, because if you invest and get these incentives then obviously your tax rates are lower than normal and then you get hit by MAT. So you cannot enjoy the incentives and you do not invest.

But the purpose of these incentives is to encourage investments. When they brought in MAT, it made sense—it was at 8 percent then. I also feel it could be a little higher, maybe around 12 percent. That would make sense. You cannot pay zero tax but to have a MAT rate which is two-thirds of the maximum rate of tax is ridiculously high. I think that has led to lower levels of investment and needs to be corrected. MAT should be brought down to maybe half its current level.

The third thing that has gone terribly wrong in our country is the retrospective legislation on taxes, which has created a very bad perception. When the Supreme Court judgment on the Vodafone case came out, the stock market rallied a lot.

International and FII investments started pouring in, the rupee appreciated. The judgment was very well-received: Here is a country where if there is a dispute between a taxpayer and the government, the court intervenes on the side of the taxpayer. And then we threw it all away by having the retrospective amendment, that too retrospective by 50 years or so. That was damaging. Besides that, there were many such actions; also, many negative actions on transfer pricing and almost absurd demands for taxes.

It is important that a tax collecting agency should treat taxpayers like most companies would treat customers. That creates positive vibes and interest in investing in the country and also creates greater rates of savings and investments. We should restore ourselves to that attitude. These problems have all come in the last four or five years. A vicious cycle has been created. If there are five different things, and they all react with each other, it becomes really bad. That’s why our growth rate has fallen to less than 5 percent.

Although the government has tried to take some good steps to correct the situation in the last year or so, they haven’t worked because some of the older problems keep continuing. 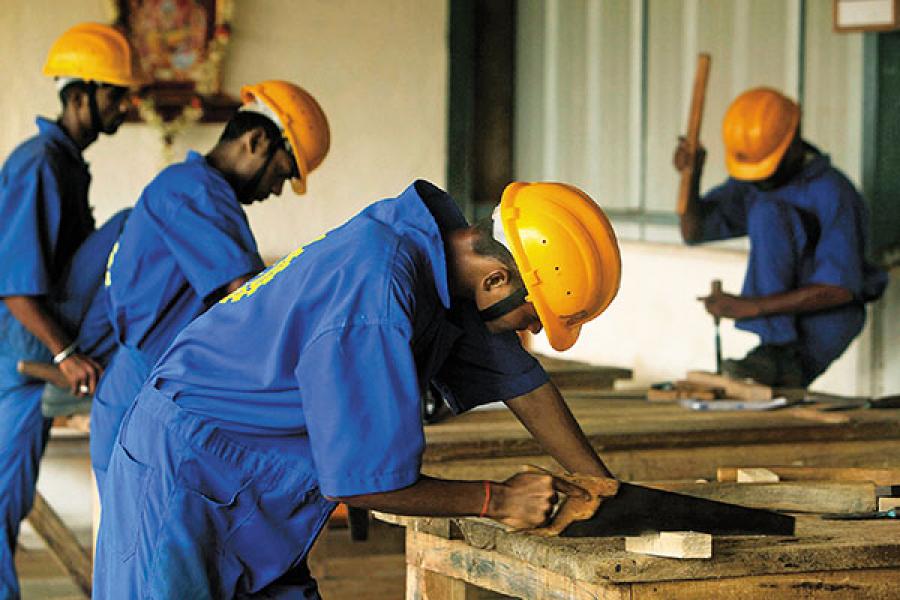 Image: Getty Images
Labour laws, lack of infrastructure and poor investments have reduced manufacturing growth in the country
The Criticality of GST
The biggest reform that can help the growth of the Indian economy is the Goods and Services Tax (GST). That, to my mind, should have been brought in three-four years ago. If a central government is not sensitive to state governments and is not willing to yield a little in terms of negotiating and striking an agreement, then you’ll never pass such legislations which need constitutional amendments. The central government can blame the Opposition, but it’s also up to the government to win them over. This has not been done well.

If the new government brings the GST in early, it will be very positive as it starts helping GDP growth from Day One—it will add two percentage points to GDP growth, other things being equal. If the growth rate now is 4.5 percent, if you bring in GST from tomorrow, it’ll be 6.5 percent. Then other reforms will further add to that and you can quickly go to an 8 to 10 percent growth rate through the right reforms. GST is the reform that adds most to GDP growth, and immediately. So there are two advantages. The earlier you bring it in, the better.

If the current opposition comes into government, getting it early makes a lot of sense. Because then the UPA will have great difficulty in opposing it because it was their strong agenda. But if it’s pushed beyond two to three years, there could be different excuses made. If it’s a non-UPA government, if GST is brought in right away, tactically it will be easy to pass.

The Global Advantage
Generally, the reform programme has been slowed down. Many negative, anti-reform moves have been initiated over the last few years. We must get back on the reform path. There are many, such as the Direct Tax Code, FDI in sectors such as insurance and the like. If these are all pushed through, growth will return. India has the opportunity now that the global economy is also turning around. The US growth rate is going to be 3 percent plus, Europe is no longer degrowing and will have a 1 percent-plus growth rate, Japan is also growing. This is a good time to leverage the global recovery. China seems to be slowing down. We have many possibilities of leveraging our opportunities better to take advantage of China’s slowdown. For example, wages in eastern China are rising quite dramatically. Their demography is soon going to lead to an actual decline in population like what is already being seen in Japan, Italy and Russia. If we can push our manufacturing sector well, with proper labour laws and the like, then we can become the manufacturing supplier to the world and leverage China’s problems. That’s not going to happen overnight, but a well planned, well thought-out strategy on the part of the new government could add considerable value.

Our manufacturing is showing very poor growth, or none at all. And that’s ridiculous for a country like India. It’s a combination of things: Infrastructure, labour laws, investments, all of these. Many of the things I stated earlier have also led to the poor growth in manufacturing.

The social Agenda
I like to say there is no unemployment in India. There is only unemployability. There is a shortage of people, even manual labour, in many fields. If you look at construction labour, there is a shortage. NREGA has led to better employment in the rural areas, so getting skilled workers in certain fields is an issue. Skilling, training and education are going to be extremely important. You create a virtuous cycle if you create skilled people. It helps growth. We have had some emphasis on education, but not enough. The IIMs have done a good job, but we don’t have sufficient numbers of such institutions. What we have totally neglected is vocational training. While we can learn a lot about education from countries like the US, the UK and others, in vocational training we should learn from Germany and Switzerland. They do a very good job of it and we should implement those kinds of policies.

(As told to Sourav Majumdar and Samar Srivastava)