Splashing around with Indian Ocean, chatting about change, revival and their new album 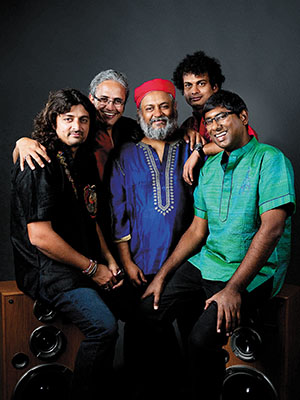 I ring the bell of room 602 in a suburban Bombay hotel. No one answers. I ring again. Still no answer. Then I call Firstpost.com’s producer (we’re recording for the site as well); he tells me they’re standing outside room 602, looking for me. I quadruple-check the room number, then look around me, just in case they had somehow slipped past unnoticed. A few minutes of interrogation later, we realise that Indian Ocean’s publicist had sent me the wrong address: There are two hotels from the same chain within a few hundred metres of each other, and I’m in the wrong one. When I sheepishly ring the doorbell of the right 602 ten minutes later, Indian Ocean welcomes me not with grumbling at my tardiness but with a stream of ribbing that flows smoothly, each riffing in what the others had said. It’s clear I’m with what is arguably India’s best live band.

Indian Ocean’s brand of fusion music has been captivating audiences in India and abroad for over 20 years now. But, over the last five years, the band has gone through a period of flux. In 2009, co-founder Ashim Chakravarty, who played tabla as well as sang (which is rare), died after a sudden and short illness. His place was taken by singer Himanshu Joshi and tablaichi Tuheen Chakravorty, at first temporarily and then as full-time members. 2010 turned out to be, as bassist-singer Rahul Ram told me in another interview, “One of the biggest years for Indian Ocean. Several projects came to fruition. Peepli Live released. [IO had done some tracks for the film.] Leaving Home, a documentary on the band, which had been in process since 2006, released. We went on Indian Idol. Our album 16/330 Khajoor Road came out. We did 88 shows that year. We earned more money than we’d ever made in our lives, and it was the year after he died. All projects he was part of.”

More upheaval was on the way. The other co-founder, guitarist Susmit Sen, had begun working on a solo album in 2007. The super-busy year after Chakravarty died, meant Sen had little time to work on it. In 2011, he told the band that he would be taking time off to concentrate on the project.

Ram, and drummer-percussionist-singer Amit Kilam, both of whom joined IO in the early ’90s, sensed that Sen had been gradually growing in a different direction; that he was dissatisfied with ‘poppy’ stuff for cinema, that he wanted to do more guitar-centred music, mainly instrumental. As Sen toured to promote his album with the band he’d formed, there were the inevitable date clashes. And practice sessions suffered. In fact IO barely met as a band. “Essentially, we just marked time for two years,” Ram says of the period between 2011 and 2013. They brought in Nikhil Rao, to understudy Sen and play shows when he was unavailable.  When Sen decided, in 2013, to leave the band, Rao joined full time. 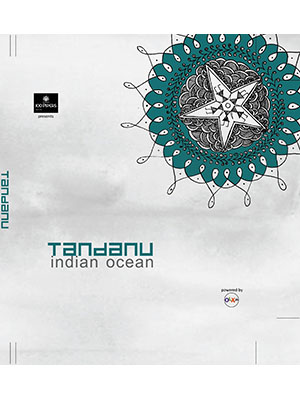 Image: Album art by Vasu Dixit of Swarathma
“In the time between Ashim’s death and Susmit’s leaving,” Ram says, “we made two-and-a-half songs. And even those were ‘on demand.’” [For a TV show and for a film.] Rao’s entry meant they had to quickly get him up to speed. “We started practising again the way we used to practise. Himanshu and Tuheen had never seen us practise like this.” Kilam agrees that for a while before this, “We were just rehearsing for concerts. Not making anything new.”

The combination of the regular jamming and the heavy concert schedule meant the new members began putting their own stamp on the old songs, and new material began to take shape. “Also,” Joshi adds, “the fun came back. Laughter came back. We started having fun.” They reach across to grin at Rao and shake his hand. And to heckle the tall, burly young man’s dancing, which, apparently, is a sight to behold.

Rao laughs, and says, “I didn’t realise that it was different. For me, it was hanging out with these people I had once seen on stage; it was just a blast.” The band breaks into applause. But this time the appreciation was for a certain Virendra Sehwag, whose acts of wanton destruction in an IPL game on the TV behind me had just culminated in a century.

After they improvise phrases from Tandanu, the title track of the new album, in the styles of Bappi Lahiri, AR Rahman and several other music directors, we segue into a discussion of its making.

While the band had begun making new music again, Kilam says, Tandanu itself wasn’t premeditated. “We were playing in the US, when Dhruv, our manager, called and said, ‘I think we are about to get the funding for our collab project.’ By October [2013], the funds had come through, and we began taking the project seriously.”

The ‘collab project’ was something they had been talking about for four or five years, but with no clear plan about which musicians they would collaborate with—though they did have a wishlist—and the knowledge that it would need serious funding. Now they had that, but also a deadline: April ’14. They had some tunes they’d been working on, and they now needed to make the list of collaborators.

They had performed together with Shankar Mahadevan before, doing a set that included an earlier version of Tandanu, and the chemistry had been good. “So one song, one collaborator: fixed,” Ram says. “Shubhaji [Shubha Mudgal] was somebody we had always wanted to do stuff with. We had done a couple of things together, played on stage once. We knew she had to be there. Panditji [Vishwa Mohan Bhatt] had once come in to our studio and we had spent a whole day with him, because we were supposed to play with him at some point. He agreed to come in.” 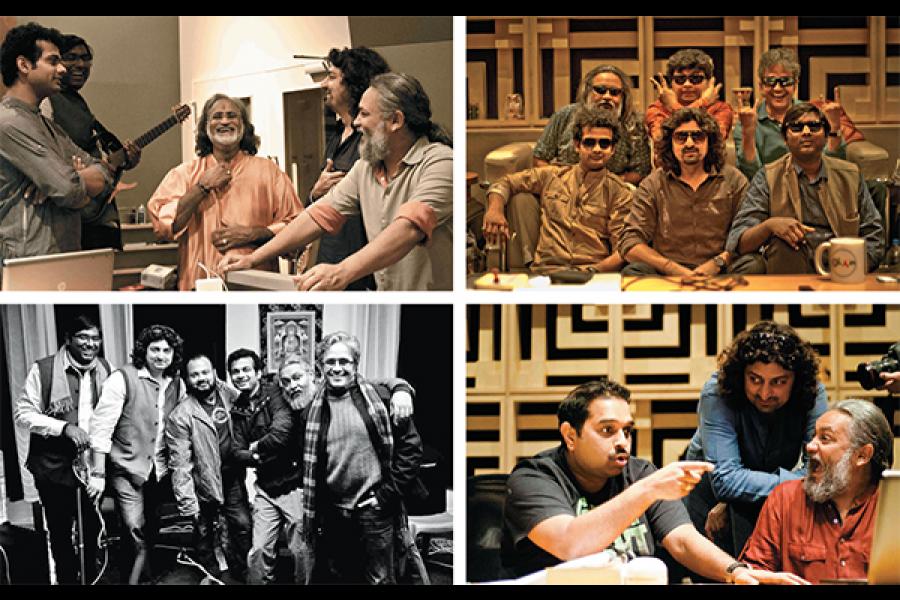 Image: With Pandit Vishwa Mohan Bhatt, with Kumaresh, with Shankar Mahadevan: Shatabdi Chakrabarti; with Selvaganesh: Shiv Ahuja
Star turns: Indian Ocean’s Tandanu features (clockwise) Pandit Vishwa Mohan Bhatt, Kumaresh, Shankar Mahadevan, V Selvaganesh, among others
Kilam continues, “Also, somewhere down the line, we changed the approach. We started making the tracks… The idea was to make half the track and then leave it, so that the collaborator could then come in and fill in their bit. Otherwise they would have wound up being Indian Ocean songs with the other people being featured just as a player. By that time Vishal [Dadlani] had agreed too. We had him, Shubhaji, Shankar, and we thought we should get some instrumentalists. So there was Karsh [Kale],who we knew, then Selva [V Selvaganesh]. Then we said we need other instruments, not just percussion.” Ram takes up the thread: “Then Kumaresh [Rajagopalan] came to our heads. He was the one person we knew the least. Amit and I had met him at one of those Vande-Mataram-sung-by-30,000-people things, and we got along really well and exchanged numbers and said, ‘one day we must do something together.’ And so the album was here, so, we asked him. And he said yes.”

Shankar Mahadevan’s song had been decided, but what about the others?

Ram smiles and says, “I remember Nikhil asking, ‘how are we going to do this? We have one song and two half-songs, and we need seven!’”

Rao chimes in, “Yes, October and November we had some 19 concerts. The first jam, with Panditji, happened on December 24, and all through January we had the other artistes coming in, up to mid-February, when we hit the studios in Bombay. March was mixing and mastering. Once it started happening, it flew!”

The process, in brief, involved jamming with each guest in turn, working out the songs, recording ‘scratch’ tracks. Then the band scored every bit of the songs, working out each one’s parts precisely, while leaving space for improvisation for their collaborators. Then came the studio recordings. Along the way, two songs were replaced when they didn’t work and somehow it all fell into place. Oh yes, and they needed lyrics for the songs that weren’t traditionals. Their long-time collaborator, Sanjeev Sharma, somehow kept them landing up just in time, on one occasion, the night before the final sessions at the Yashraj Films studio.

“Every halt on this journey has been fun,” Ram says, “Amit went to Abbey Road to master the album.” The smile that is almost always quivering on Kilam’s lips broadens: “I crossed the road four times!”

Tweets by @forbesindia
Can Deepak Fertilisers Step on the Gas?
El Nino: Reading the Wind and the Waves